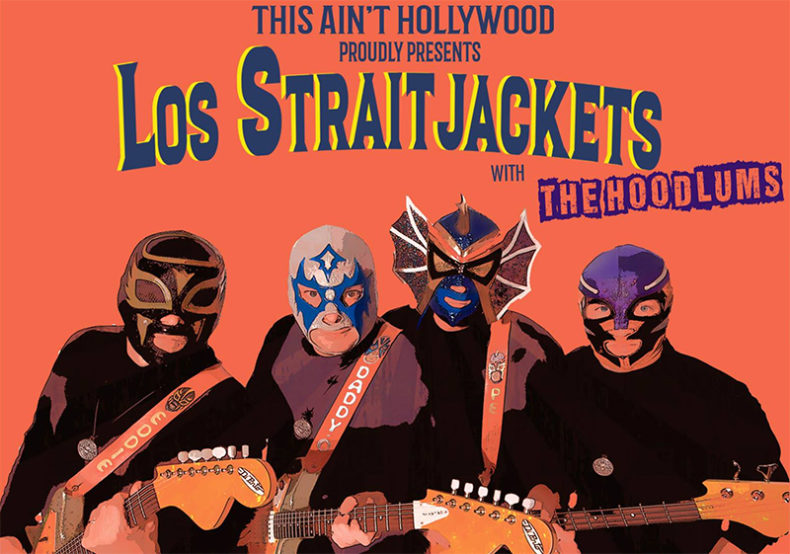 Veteran surf rockers, Los Straitjackets, close out the third and final show in Canada with the small, but lively, This Ain’t Hollywood in downtown Hamilton.

Setting the scene to the evening was DJ Boppa Do Down and providing the low-down sounds of Howlin’ Wolf, Count Five and various other trashy garage rock from of the era all sampled from his cramped cases of vintage 45s. Not only was it a fitting warmup to the live acts that would soon follow, but in general to the overall Charles Bukowski vibe of the venue. If nothing else, this was spectacle unto itself to see a DJ playing actual records.

The Hoodlums, a small-time garage rock trio, wasted no time and dug into their gnarly set of original and classic covers which included “I Need You” by the Kinks and “I Wanna Destroy You” by Soft Boys, for which they dedicated to their President with the bad comb over.  Despite the lack of crowd at this point, everyone in the audience was feeling the energy, with the exception of the hipsters, who watched and admired with arms folded. 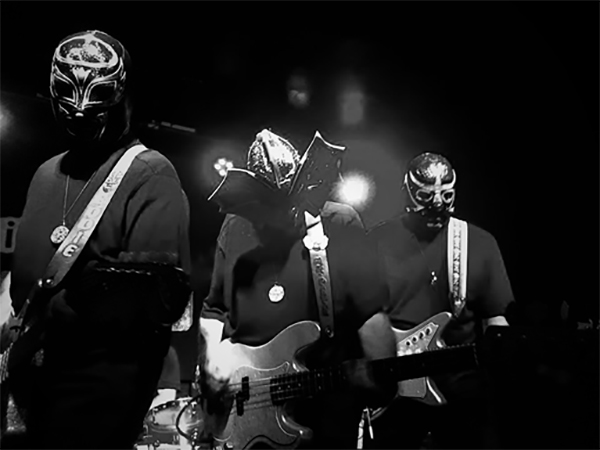 By the time the Masked Marvels themselves entered the stage, the small venue was almost maxed out. Los Straitjackets opened with their most well-known title, “Pacifica”. Even after twenty-plus years of performing this tune, the band came on and played with such enthusiasm, you’d think it was something they had just composed.

In between song breaks frontman, Eddie Angel broke into some humorous Spanglish when describing what was to come next. Other song highlights of the night included covers of Nick Lowe, whom they worked with on their most recent LP, and funnily enough, Celine Dion whose “My Heart Will Go On” was righteously serviced with reverb drenched surf vibes. 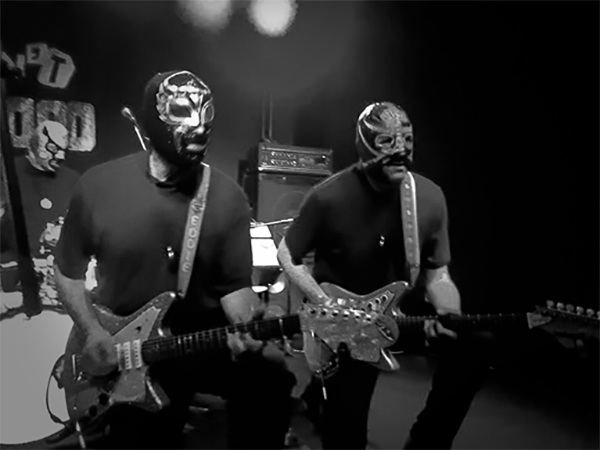 However, the real standout was not the music, even though it was way the fuck out of this world, but it was their stage presence that was both cartoonish and yet perfectly calculated. Their in-sync leg kicks and guitar thrusts were reminiscent of the old ‘60s instrumental groups like the Shadows and Ventures. However, with their B-Movie-like Mexican wrestling masks and baggy black t-shirts, it adds quite a bit of quirky appeal to the act.

From the isolated noise guitar jam provided by Eddie Angel to the intensely energetic Gene Krupa-esque solo performed by drummer, Chris Sprague. All the while dancing around his tom-tom that had been brought upstage by bass player, Pete Curry, in mid-song. All this happening and still he never missed a beat.

The lack of pretention from a quite a well-known surf act was so refreshing to see and with the lightheartedness in which the songs were delivered, you couldn’t help but break into laughter.

As a child growing up in the suburbs, Ryan found music as a way to soothe his boredom. After first hearing AC/DC at the age of 10, he was hooked on music. Tracing its roots to the ‘50s, he became obsessed with Elvis, Buddy Holly and Chuck Berry. Somehow that led to grunge, then psych-rock, then jazz, etc. The list goes on and on and his collection of vinyl records continues to grow.
RELATED ARTICLES
hamiltonlive reviewlos straitjackets