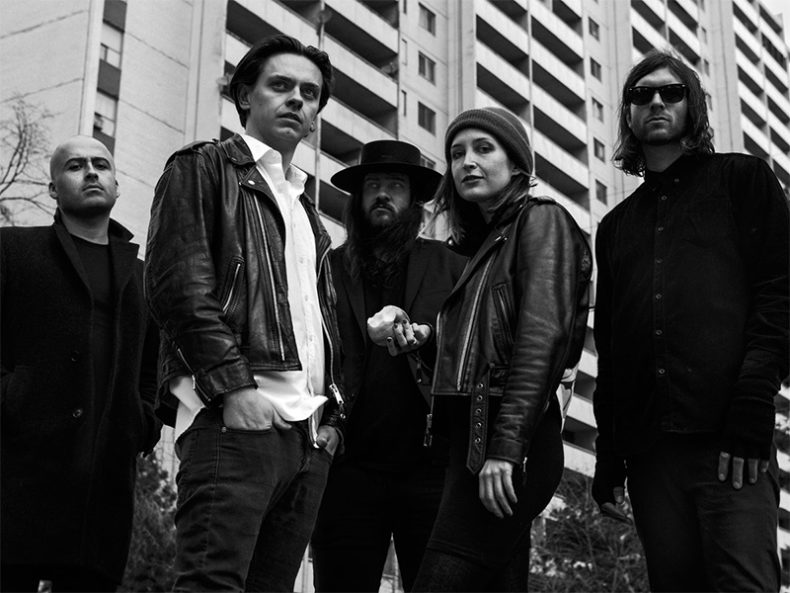 Three sold out nights at Massey Hall; July Talk returned home in a big way. I caught them on the third and final night of their stint at Massey Hall, and although there were some issues, July Talk was brilliant.

At first sight, I honestly did not think Massey Hall was the venue for this band. Don’t get me wrong, I love Massey, but July Talk should be playing somewhere where people have a chance to move. I was proven right when as the opening band said “goodbye” fans rushed to the stage. Not for the opening band (on this night it was Teen Ravine), but to get up and close to the stage for the main event. With encouragement from July Talk during their show, people were up, but as I said, Massey is not a dance hall.

But no matter, July Talk burst onto the stage, opening with “Touch” after Leah Fay spoke of the land and First Nations People, giving a beautiful and honest dedication. After that, it was a full-on rock show for the remainder of the night. July Talk seemed to feed off the energy of the crowd and the crowd certainly gave them a great deal to feed on.

The band itself was a tight unit. Peter Dreimanis and Fay’s vocals were strong and energetic. Their singing conversations were much more intense live than in studio, which made for a fascinating dialog on stage. The band featured songs from both of their albums (July Talk and Touch) but drew heavily from Touch. The songs had much more energy live than their studio counterparts. This is not a criticism of their albums, but rather a tribute to how talented this band is live. 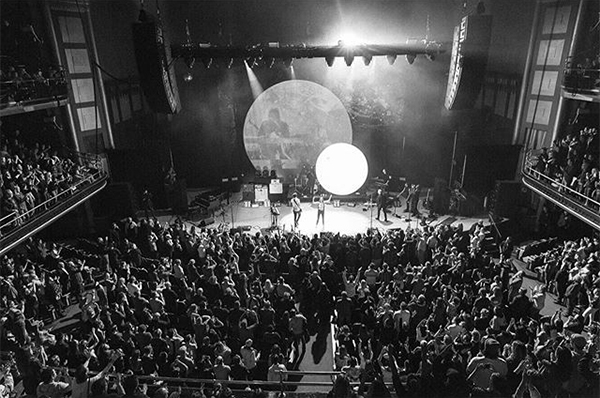 Their stage show was not over the top but effective and the use of the giant moon screen behind them was used tastefully and effectively. When Fay went into the audience with her cell phone, her images were screened on stage making the night even more intimate than it had already been.

It is clear that July Talk does not take their audience for granted, and were genuinely appreciative and maybe a little shocked that they managed to fill Massey Hall three nights in a row, especially when the shows were so close to Christmas.

The highlights of the show were many, “Gentleman”, “Don’t Call Home”, and “Push + Pull” to name just three. But there was more, some interesting covers (“Winning” by Emily Haines and The Soft Skeleton for an encore) was one surprise highlight but so too were their guests. Luke Lalonde (from Born Ruffians) performed “Little Garcon” and Simone Schmidt (from Fiver) performed the powerful “Calm and Collected”. Friends of the band and friends to the fans.

Overall, July Talk put on a convincing and energetic show. They were a tight unit and rocked the night away. Their performance was full of energy and they seemed to be having a great time and soaked in all the love and attention from their fans.

As for the opening band, Teen Ravine, the less said the better. They were not the band that should open for July Talk (they had a different local band open each night) and quite frankly I was not impressed by their performance. Their songs and stage presence could use some work and their style did not fit for the evening. Perhaps I need to see them in a bar in their own territory and I might walk away with a different impression.

But, as I said, July Talk owned the night and they demonstrated why they are so highly regarded by fans. Excellent show, and an excellent way to end 2017 concert season!

Born and raised in Whitby, Aaron discovered music through his love of The Beatles. This led to a career in radio, writing for various publications, and ultimately a radio show about The Beatles (Beatles Universe), which ran for over four years. When not immersed in music, Aaron enjoys spending time with the loves of his life -- his wife Andrea, and daughters Emily and Linda (all of whom have an intense love of music too).
RELATED ARTICLES
july talkleah faylive review

by SPILL NEW MUSIC on November 15, 2021
NEW SINGLE FROM JULY TALK – “I AM WATER” SIX SHOOTER RECORDS July Talk go aquatic with new single “I Am Water,” in which the band grapples with our [...]
8.0

by Gerry Young on July 10, 2020
July Talk Pray For It Sleepless Records Pray For It, the third album by highly successful alternative/rock band July Talk, redefines yet again their well-known musical chops that have [...]