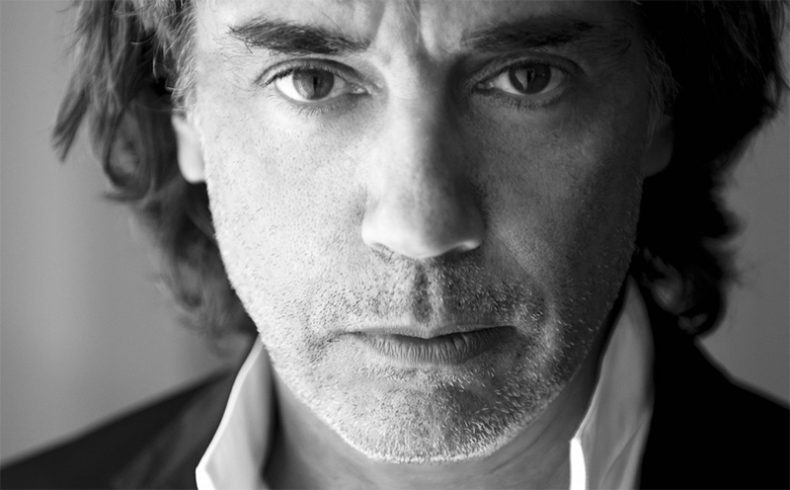 Walking South on Yonge Street towards the Sony Centre for the Performing Arts I laugh, thinking that twenty years ago I would have never even dared to dream of this moment that is about to happen. Growing up in Venezuela, I never really had the chance to see any live music of my taste, save for a few local ska and punk bands. This, however, is none of those. I am headed to Jean-Michel Jarre’s first North American show, the opener of his Electronica tour. His music and imagination changed my life and took my senses to wild, previously unexplored areas. There is no better way of experiencing this beautiful venue for the first time than this — yes, it is a night of firsts. I stand outside the auditorium doors, Kraftwerk plays, people hum. We are all here for the same reason, and as I look around it dawns on me that this is the first time in human history in which five generations are finally starting to gather under the same roof to listen to electronic music.

Vancouver based Marco Grenier is on stage right on time to take us into a moving set, not only moving because of the beats, but also because of the memories many of those sounds evoke in me. Techno, house, and deep trance fill the air, and it feels like a good way to welcome the summer, with music that makes me feel like dancing from the start. All the sounds come together in this set skilfully. Towards the end, there is much anticipation in the air, but I am very happy about the fact that I arrived earlier and did not miss Grenier. Once he comes back to the city, I will make sure to catch his show once more. 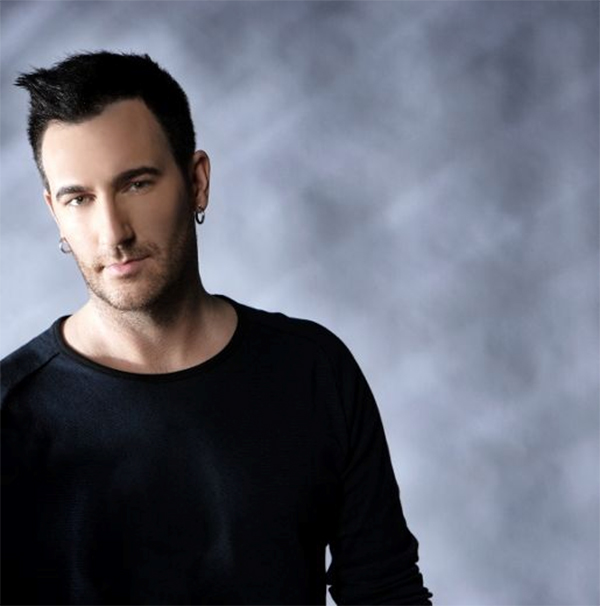 And then… Jean-Michel Jarre. There is a massive screen right in front, and behind Jarre and the two musicians who accompany him, one on the left, and the other to the right. A red light stands between us and them, and we can see them, as silhouettes, playing. This is the point in which I forgot the rest of the world. I am absolutely immersed; this music is connected to my mind and my soul and I feel my heart is going to burst at the exact moment the screen moves, fragmented, and allows us to see the stage, the gear and the musicians making these exquisite sounds happen. I am mesmerized with the installations that are the visuals and music of this show, so much that I am reminded of Nam June Paik’s works, and feel his legacy is alive and well as I witness and feel this sensorial magic.

Jarre introduces a song by saying that it was a collaboration. At first he is vague regarding whom he collabor”ated with, until he announces that it was Edward Snowden, and that we deserve to know the truth. Exit” begins, and a recording of Snowden appears in the screen, announcing a very sobering reminder: “Arguing that you don’t care about the right to privacy because you have nothing to hide is no different than saying you don’t care about free speech because you have nothing to say”. That statement reminds me that there is a world outside this very moment, and that we are in a point in history in which art cannot be separated from politics. The audience claps during Snowden’s video and the music is as intense as his statements.

One thing I truly adore about Jean-Michel Jarre is that he is fond of his music, he dances to it, he experiences it. Here is someone who has a 45 year career, and there are songs of his own that he is particularly fond of. I find it beautiful and such an example to follow on how one does not have to be a tortured and self depreciating artist and how tiresome that stereotype is. He speaks of a particular song that he wrote on a plane on his way back from China, the piece being “Souvenir de Chine”. You can feel his emotion. Something else we could feel in this wonderful concert, was his energy, and he kept urging us to move, to dance, to feel along with him and so we did. When “Brick England”, his collaboration with Pet Shop Boys began, the crowd stood – some reluctantly, but in the end, we were all dancing or at least trying to, many moved to the front to get a better view, to be closer to the genius.

To get an intimate, up close experience, it wasn’t necessary to be in the front row. Jean-Michel Jarre explained that in Canada, just like in France, a lot of things begin in the kitchen and that he was going to invite us to his as he cooked for us. So there he was, wearing a pair of glasses that allowed all of us to see him adjust pitch and volume and play and be the master chef of sound that he is. I am not a musician but it was truly breathtaking to see him making music from his own perspective, what a humbling experience that was and I am so very grateful about the fact that he allowed us to get that close.

And then, a sublime moment I wished for but was not anticipating, the first Jean-Michel Jarre song that I heard as a child: “Oxygène IV”. Live, and I am in Toronto, listening to this, dancing. This is my reality and I am on the verge of tears. What a thrill for me to feel life making so much sense because of this song and this song alone, showing me how eventually good things come full circle. There is an encore! And there is also the magic that is his laser harp. He does a brief test, says that sometimes it does not work, but it does! It does and I feel this is the moment in which we all learn how to levitate. Once the show ends I hear many strangers talking to each other, marveled, and speaking of how great a show it was. Thanks to Jean-Michel Jarre, for most of the duration of his performance, I felt like we were living in the future they had painted to us a long time ago, with flying cars, no poverty and clean air, and not this dystopian reality. It was the greatest feeling I have experienced through music.

by Aaron Badgley on November 16, 2018
Jean-Michel Jarre Equinoxe Infinity Sony Music Perhaps it is their age, perhaps it is their level of confidence, but  there are a number of established artists releasing albums [...]
9.0

by Aaron Badgley on September 14, 2018
Jean-Michel Jarre Planet Jarre Sony Music It is hard to believe that Jean-Michel Jarre has been making music for 50 years, but the truth is he just celebrated his 50th Anniversary [...]