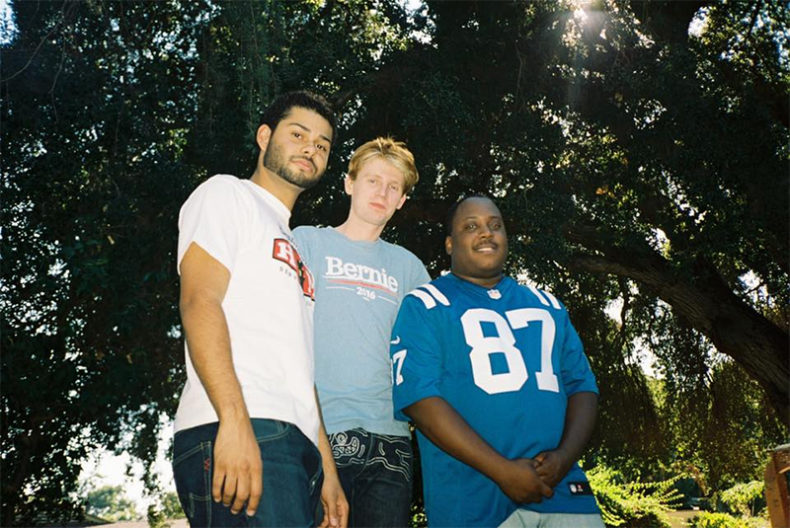 If you like high energy lyrical rap, you’ll love Injury Reserve. Their last release Floss was their first album which they followed up this year with the EP Drive It Like Its Stolen. The group has a strong following especially after Floss and started their ARENA tour at the Rivoli in Toronto.

The venue was packed out, the small venue filled with rap fans ready to go crazy. The group began their performance with a plastic screen covering the whole stage, and began with a projector displaying warnings and some aesthetically fitting visuals. They soon tore down the sheet, making their entrance epic and highly anticipated. The crowd loved every second, the small venue was full of real fans that gave all the energy right back to the Arizona natives.

The trio played cuts off both Floss and Drive It Like Its Stolen, with favorites such as “Whats Goodie”, “Oh Shit!”, “Boom (x3)” and of course “All This Money”. The club felt like the floor was about to give out, the crowd was so rowdy when they jumped you could feel the floor bending. The group had an amazing performance, with intro, interlude and props all planned and ready to go. The crowd just seemed happy to be there, so the planning of the set left them over joyed.

Toronto was just the first show on the ARENA tour for Injury Reserve and I highly suggest checking out a show if you can, just beware of the mosh pit.

The Spill Magazine is a Toronto-based online publication dedicated to covering the independent music scene with a strong focus on our thriving hometown talent. Our writers bring you up-to-date news, in-depth features on musicians and reviews for the latest CD releases. We also travel to the front lines for all local festivals including Canadian Music Week and North by Northeast.Don’t forget to check out our Facebook and Twitter pages for all daily Spill updates.
RELATED ARTICLES
injury reservelive reviewthe rivoli