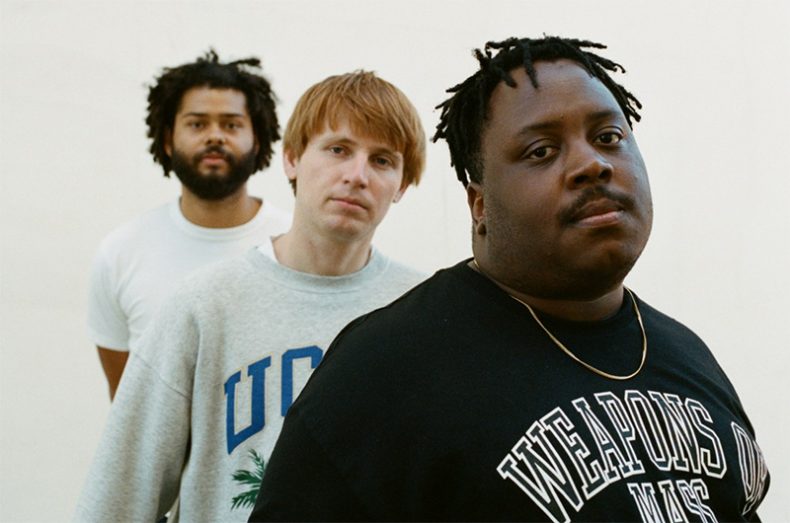 Injury Reserve is an abstract hip hop group consisting of producer Parker Corey, and rappers Stepa J.Groggs and Ritchie With a T. They’re known for mixing jazzy boom bap with inventive production techniques. Their latest album Injury Reserve delves further into the experimental sounds that make them such a unique group.

Avant-Garde artist Slauson Malone opened up for Injury Reserve. He paced around the stage in complete darkness while performing spoken word over unconventional jazz loops. These quiet moments contrasted sharply with his sporadic yelling, successfully terrifying the crowd if not grabbing their attention.Intriguing as the show was however, his music went over the heads of the teenage crowd who were growing anxious for the headlining act.

The venue was filled with layers of fog when Injury Reserve got on stage, leaving the boundary-pushing artists as silhouettes for most of the night. The group played classics off their previous albums such as “S On Ya Chest” and “Oh Shit!!!” while also playing material off their new album.“Jawbreaker” saw quite a dramatic change in pace inciting tons of energy from the crowd.

Some people who weren’t anticipating the mosh pit could be seen bending their stepped-on glasses back into shape, while others looked for things that flew out of their hands, they all seemed to be having the times of their lives though.

The Arizona trio slowed things down momentarily with the hazy song “ttktv”which culminated in feedback ridden noise, and rough vocals from Ritchie With a T.The light show was just as sporadic as the production, switching from bright gleams of white, to darkness, to strobe effects. The night ended with an encore performance of the song “Three Man Weave”.

If you’re into Injury Reserve, you really need to see them live just for the experience of hearing the music take new form. They managed to breathe new life into what was already really fresh.

Cory is a film maker and music lover raised in the GTA. Ever since a young age music has been a big part of Cory’s life and he often combined his love for music and film together, creating videos of him and his friends skateboarding to their favourite songs. This trend continues in his life as everything he surrounds himself with is always involved with or inspired by music.
RELATED ARTICLES
injury reservelive reviewthe mod club theatre