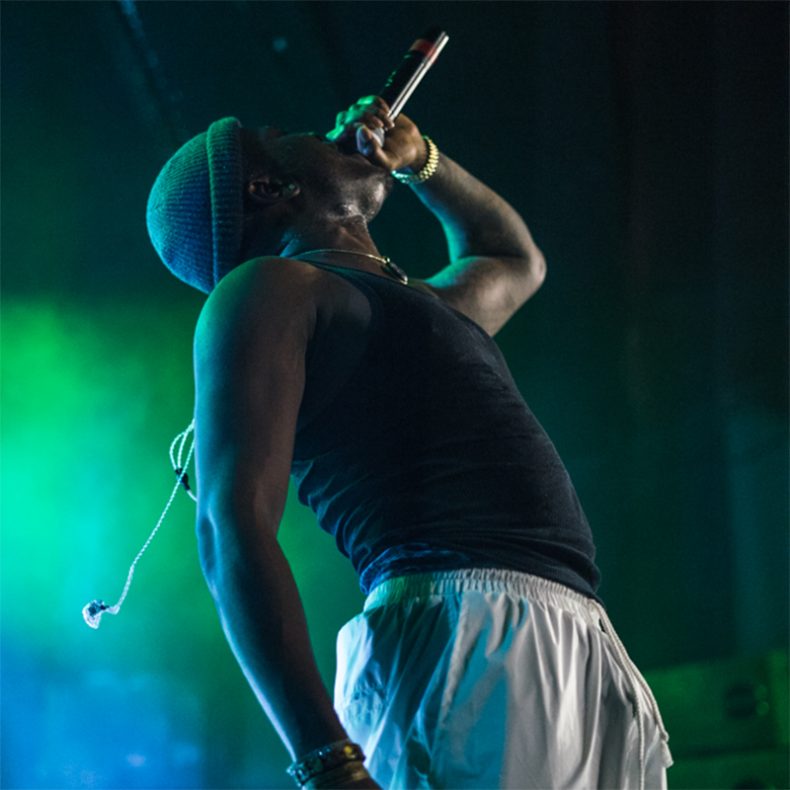 Maryland-raised rapper IDK has slowly yet surely made a name for himself as a prominent force within the hip-hop scene. Fresh off his debut album Is He Real, with a star-studded guest list featuring the likes of Tyler The Creator, J.I.D, Pusha T and more, IDK performed in Toronto as part of his North American Tour.

The show was opened with City Fidelia and Kemba. City Fidelia is a new, local talent who lacked the finesse of a seasoned performer, yet had the crowd rooting for him and singing along by the end of his set. Kemba took the crowd by surprise with his high energy level, sharing intimate moments with the crowd including sharing the hardships he faced growing up and speaking about his Kendrick Lamar co-sign. Both openers ultimately brought something interesting to the table and were both great musicians.

As soon as the lights dimmed and it was time for IDK to come onto the stage, there was an aura of anticipation and sheer excitement in the air. The second he sprung onto the stage, jumping up and down with high energy, the anticipation turned into joy and fulfillment. IDK’s said energy was very impressive and matched the hype of his hard-hitting songs. His hit “24” particularly had the crowd locked in and either rapping along bar-to-bar or exerting their liveliness in one of the multiple mosh pits.

Interestingly, IDK’s set also carried a dramatic change of pace with him performing many of the slower, more vulnerable, and melodic songs from his catalogue such as “December”. The crowd appreciated this change of experience and it intelligibly gave them a break in the middle of the show to refuel their energy and have it for the last grand mosh pit in the end.

In today’s era of hip-hop, it is often hard for upcoming rappers to get the approval of the genre’s acclaimed talents. However, IDK has proved otherwise as evidenced by the numerous co-signs he has received. This show, in conjunction with his performing talent, perfectly represented why he is held to such a high regard artistically. Furthermore, it left the certainty that his career has many accolades yet to come.

Photographer, creative, and hip-hop enthusiast based out of Toronto, Canada. Looking to learn more about this field, contribute my talents, and bring my visions to life through this publication.
RELATED ARTICLES
24live reviewthe mod club theatre