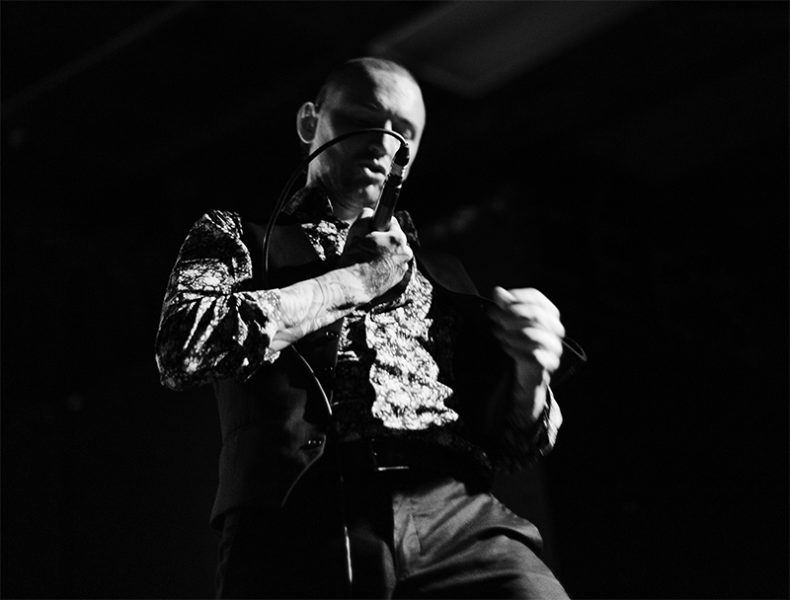 After an 8-year hiatus, Daughters made their triumphant return last year in October with the release of You Won’t Get What You Want and many fans have considered it to be the bands most mesmerizing album to date. So, it’s no surprise that when European and North American tours were announced shortly after that, that there was a lot of anticipation to see these songs come to life.

The tour came through Toronto on tonight at Lee’s palace and was welcomed by a sold-out audience. As people started filling the venue, the show was started by Container, a one-man show that warmed up the crowd with some noisy industrial beats. After that, the stage was graced by the trio Big Brave from Montreal. Frontwoman Robin Wattie’s fierce vocals demand your attention and almost act as an instrument on their own. Their songs are filled with pockets of silence and are accompanied by sludgy and powerful riffs that dissolve quickly but not long enough to let you breathe. The band was impressive, and the audience was hooked right up until the last note. Big Brave wrapped up their set with a pummeling track and made their way off the stage.

The mood in the room shifted quite dramatically as it was only a matter of time before Daughters were up. The room was packed, and many people waited in silence. We were about to find out if the rumours surrounding frontman Alexis Marshall and his onstage antics were true. 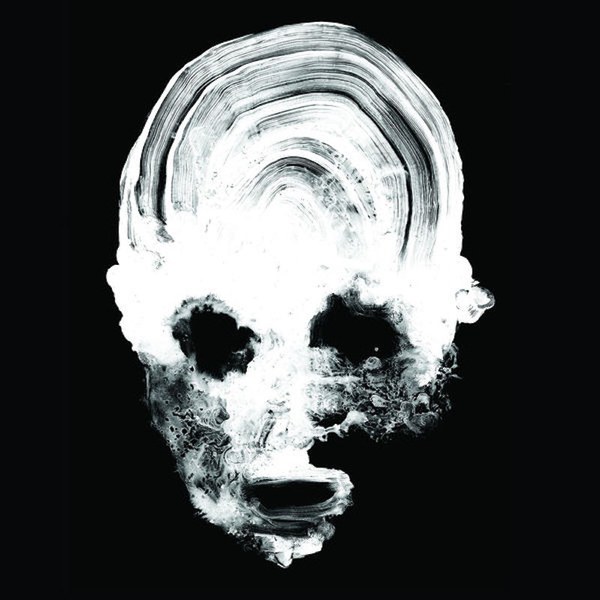 PURCHASE YOU WON’T GET WHAT YOU WANT VIA SPOTIFY

The lights went out and they walked on stage, each member wearing all black. They opened the set with “The Reason They Hate Me” and it felt like a bomb went off. Audience members forced their way to the stage and screamed along to every word. Marshall was immediately the main focus with his aggressive dancing and headbanging while he yelled into the microphone. He along with the rest of the members brought energy onto the stage that was unparalleled, and the crowd tried to match it.

After playing a few songs from the new album including “The Lords Song” and “Satan in The Wait” the band went into a few old tracks and the chaos didn’t even being to remotely slow down. Guitarist Nicholas Sadler’s screeching riffs were painfully loud, but you just wanted more. His stage presence was just as commanding as Marshalls and they both continued to go completely insane song after song. Marshall was exuding Saliva all over the place and during “Long Road, No Turns” he forced the microphone into his mouth almost gagging on it but didn’t miss a beat and continued singing.

A few songs later the band played “Ocean Song”. Bassist Samuel Walker really shined on this track with the unique bassline. In the second half of the song, it felt as if another bomb had gone off. Marshall had made his way into the crowd and Sadler was on his knees throwing his body back and forth while he violently strummed his guitar at an absurd speed. It was like a car crash ending, you just couldn’t look away and you were almost in disbelief at what you were witnessing. The song ended with Marshall repeating the final lines of the song over and over until he managed to get op and exit the stage. It was at that point that we knew it was over, we got exactly what we wanted.

Where would I be without music? Somewhere I don’t want to be. Loves photography, skateboarding, stand-up comedy and Gaspar Noe movies. Full time student.
RELATED ARTICLES
lee's palacelive reviewtoronto