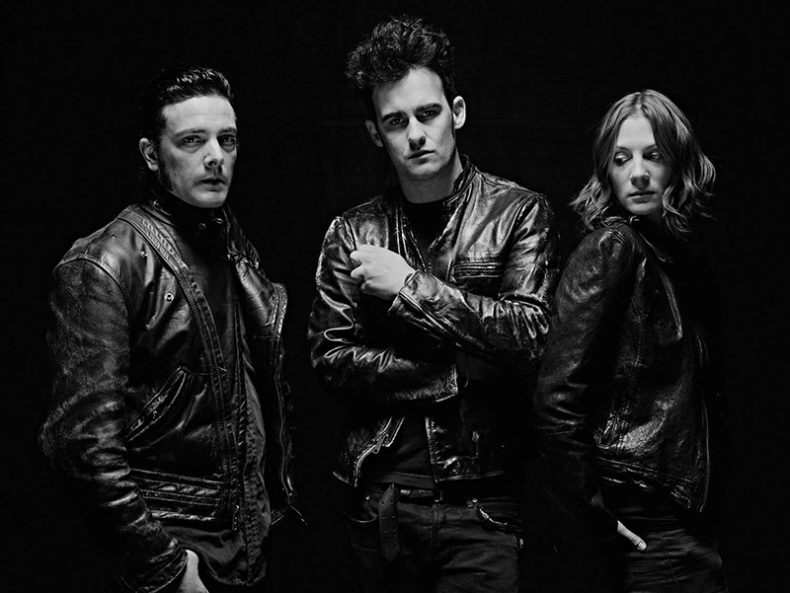 Providing support for the evening, Texas based four piece Night Beats made a powerful punch as the opening act. Band leader Danny Lee Blackwell stood in possession of the stage with his large black hat and casual stoicism. Knocking out raggedly cool cuts like “Outta Mind,” and  “Puppet on a String,” the succulent persistence of Jakob Bowden’s low-ended bass paired with  ringing, bell heavy cymbals culminated in a smooth Texan rhythm, not out of line with the 13th Floor Elevators. After a strap malfunction on “Sunday Morning,” quickly fixed without interference to his guitar solo, Blackwell threw a quick salute to the helpful stagehand; those Texas boys have some manners. Many fans were.  thrilled to see Night Beats. Two of the band’s previous Vancouver shows were cancelled last minute due to border crossing issues but for most of the audience, Night Beats were an unexpected highlight of the evening, especially on the fiery closer “Egypt Berry.” 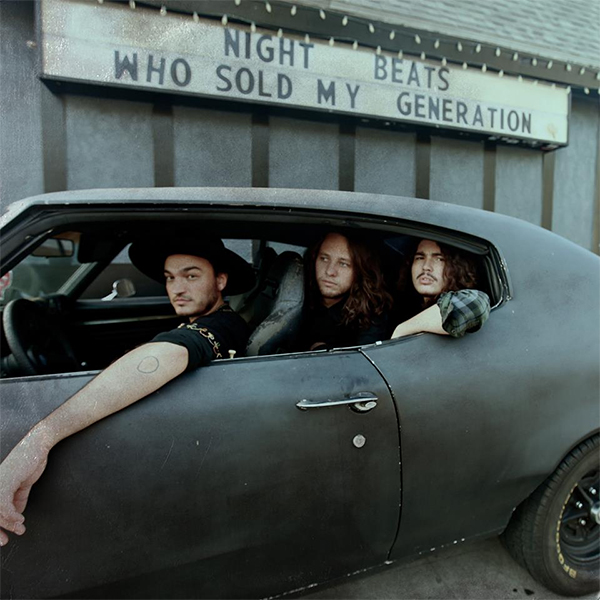 Steady heart-best tempos drums overset by searing, distorted trebled guitar. Leah Shapiro’s thundering, tom heavy drums anchored the snarling guitars, bass and occasionally keyboards commanded by Robert Levon Been and Peter Hayes, who switched to bass, guitar and keys respectively.  Each of the front-men wore jet black leather jackets which faded into the shadows of the dim lights and stage fog. Taking turns on lead vocals, Been and Hayes respectively supported each other on a non-stop hour of heavy, swirling rock and roll.  The band pulled a few favourites from their stunning debut B.R.M.C. (“Love Burns,” “Red Eyes & Tears”) BRMC’s consistent and quality output of albums fostered an impassioned fanbase of rock and roll fans.

Deep into the set, Hayes performed two solo acoustic numbers which demonstrated some range and broke up the pace of the hard-hitting, searing rock and roll songs. as well as healthy doses from Wrong Creatures and sections from other records. Hayes, who once played guitar for the Brian Jonestown Massacre as a teenager, has found comfort and success in the heavy toned gain of hallow bodied guitars. With the exception of the acoustic numbers, the show did not feature a great deal of diversity, but then again the fans got exactly what they were expecting. Closing out with the paradoxical and facetious “Whatever Happened to Rock and Roll?”, BRMC brought their lengthy set of driving rock songs to a close. Faithful fans were more than satisfied. BRMC show no signs of slowing down.

The Spill Magazine is a Toronto-based online publication dedicated to covering the independent music scene with a strong focus on our thriving hometown talent. Our writers bring you up-to-date news, in-depth features on musicians and reviews for the latest CD releases. We also travel to the front lines for all local festivals including Canadian Music Week and North by Northeast. Don’t forget to check out our Facebook and Twitter pages for all daily Spill updates.
RELATED ARTICLES
black rebel motorcycle clublive reviewnight beats