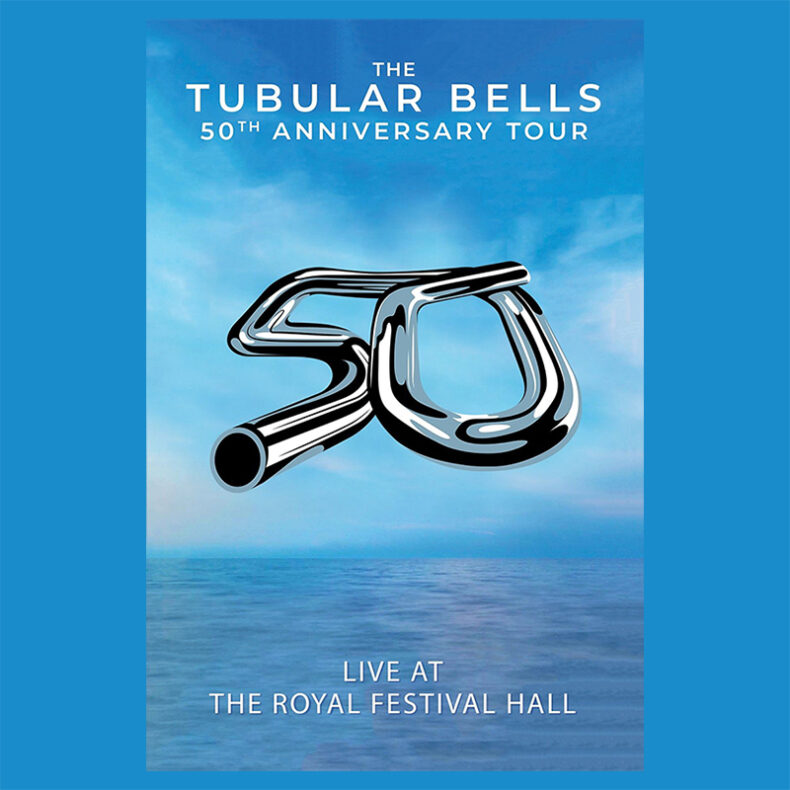 In 2021, music arranger and producer Robin Smith was tasked with bringing Tubular Bells to the stage to celebrate the 50th anniversary of the iconic piece by Mike Oldfield. Smith not only had to arrange the music for orchestra and rock band, but also had to take into consideration  incorporating ballet and acrobatics into the show. He succeeded. Smith is known as an arranger who has worked with artists as diverse as The Moody Blues, Alphaville, and Linda McCartney and has brought to life a series of albums featuring The Royal Philharmonic Orchestra and adding their music to the likes of Elvis Presley, Roy Orbison and Johnny Cash. He is the ideal choice for this project. Tubular Bells – 50th Anniversary Tour was a huge success and this film documents the show and is edited from three nights at The Royal Festival Hall in London.

Visually, the Circa Contemporary Circus is extremely fun to watch and is somewhat like watching Cirque Du Soleil’s Love show. The visuals are not distracting and in a sense add to the music. The music, itself, is a lovely adaptation from the original source material. Tubular Bells is an iconic and influential album that has been interrupted, re-interrupted, had sequels written and performed so often that finding new arrangements and new ways in which to perform the album is not an easy task.  Smith rises to the task and succeeds.

Because Tubular Bells was just one album, the concert had to be lengthened. “Moonlight Shadow”, Mike Oldfield’s biggest single hit, was added. Also, “Summit Day”, from his album Guitars. Also included was “The Gem”, a new work by Musical Director Smith. These are perfect additions to the show and do not take away from the original album.

Of course the numerous people performing in the orchestra/band are remarkably talented and take the music very seriously. At times it is like watching a classical concert with acrobatics. Lisa Featherston performs vocals for “Moonlight Shadow” (Oldfield’s biggest hit single), while Sophie Rohleder (soprano) provides stunning vocals for the show. It is a brilliant concert film and is a wonderful souvenir of the event.

Along with the concert film, there is a documentary (narrated by Bill Nighy) of the preparation of the shows. Director Matt Hargreaves is given access to the crew in order. The documentary focuses on the original album, however there is no archival footage of Oldfield. But viewers are treated to great stories from Thomas Newman, who co-produced and engineered the original album and the origins of the famous Manor Studio. There is also a segment, “Turning Back The Clock”, which features interviews with Oldfield and Richard Branson. It is also fun to see Smith talk about the visuals competing with the music. It makes for interesting viewing. It is also clear that the show did not come together very easily.

All in all, a great document of a brilliant event. Oldfield fans and people who love the classic album will enjoy the show and wish they had been sitting in the audience for one of those three nights.

Born and raised in Whitby, Aaron discovered music through his love of The Beatles. This led to a career in radio, writing for various publications, and ultimately a radio show about The Beatles (Beatles Universe), which ran for over four years. When not immersed in music, Aaron enjoys spending time with the loves of his life -- his wife Andrea, and daughters Emily and Linda (all of whom have an intense love of music too).
RELATED ARTICLES
film review