SPILL FILM REVIEW: THE MUSIC SOUNDS BETTER WITH WHOM? 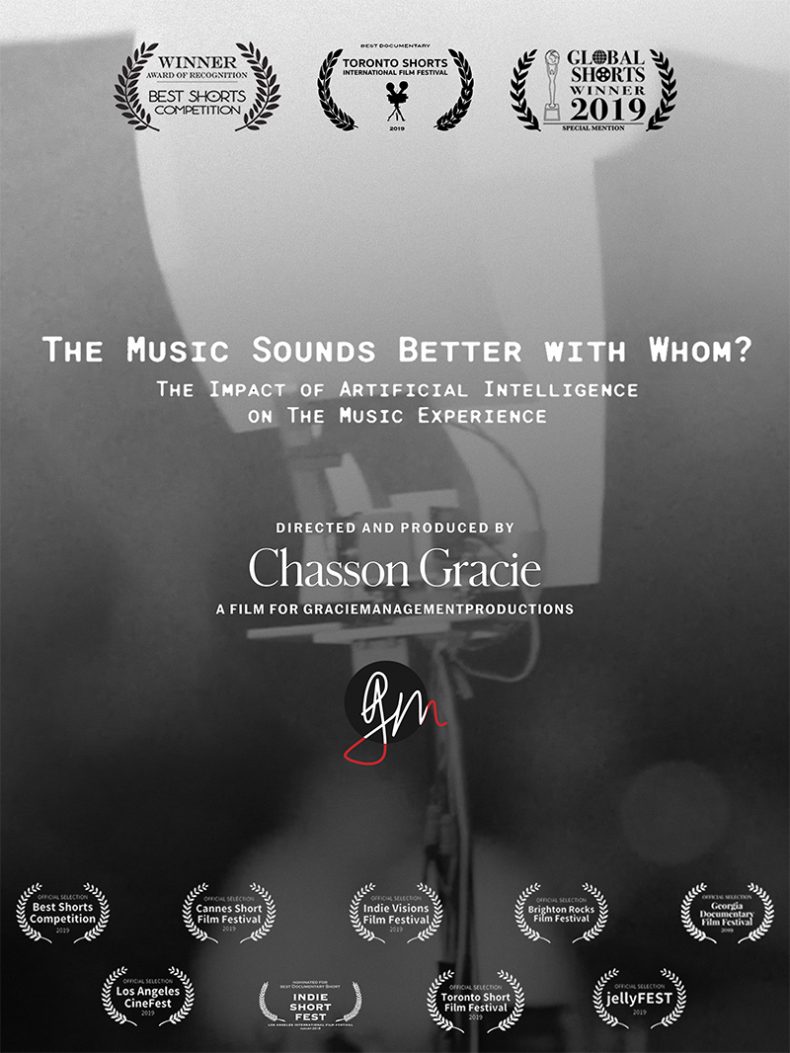 THE MUSIC SOUNDS BETTER WITH WHOM?

“As artificial intelligence continues to impact our human lives, many questions still remain… How will artificial intelligence impact one of the most human things on earth: Music? Will pop hits be created by algorithms? Will musicians disappear from the process? How important is the artist-fan connection?” So goes the introduction director Chasson Gracie gives to his award-winning short documentary The Music Sounds Better With Whom?

In an age when AI is practically seeping into all pores of human existence, this is becoming a complex and sensitive subject, one that could probably be covered with a full-fledged feature film, and still be filled with substance. But this was not the goal Gracie himself. Guided by the idea that the whole process of artificial intelligence and its involvement in art and music is practically at its beginnings, the author is out to ask all the pertinent questions. Can artificial intelligence have the “feel” for music, as well as for its audience? Can it replicate all human experiences connected with music, particularly its emotional side? And in the end, can it actually replace humans completely?

Gracie listens to and records both sides of the argument, from the human musicians and DJs to the AI music developers, without an attempt to take either side. The film leaves it to the audience, not really to make a firm decision, but to search for answers in themselves. Personally, the approach works, and the brief time Gracie takes to ask his questions is quite enough for some deep, serious thinking on the subject.

The Music Sounds Better With Whom? won quite a few awards this year, the most notable being at the Toronto International Shorts Film Festival, where it won the Jury Award as the best documentary.

Formerly a lot of things, including a journalist and a translator, currently a freelance writer living in The Netherlands.
RELATED ARTICLES
film review