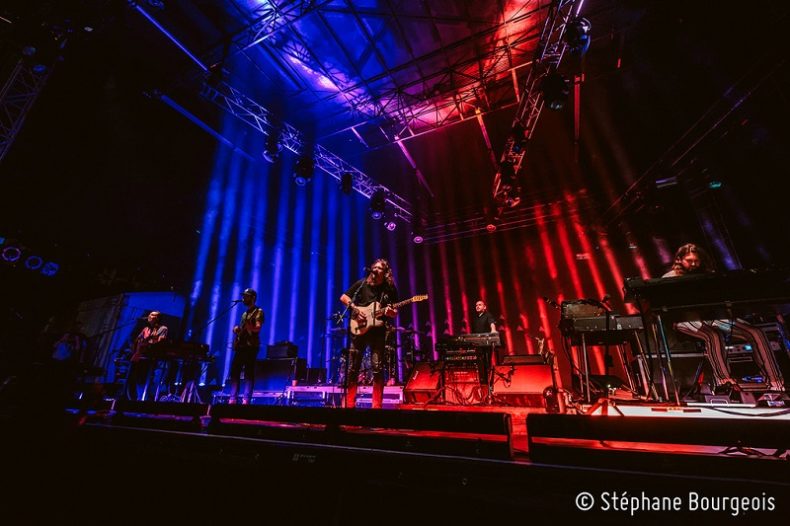 M. Ward has been around for the past two decades, and the singer-songwriter may have learned a thing or two with his collaborations with She & Him, Cat Power, and Monsters of Folk. This is an artist and band that cut deep into the collective emotion of its audience.

Hailing from Portland, Oregon, his songs offer continuity of the Americana musical lineage, and his performance tonight was well received. He wasted no time in charming the audience with such tunes as the Dylanesque  “Poison Cup” and “Primitive Girl”. In “Time Won’t Wait”, he reaches out to the audience with the lyrics “All you people going out tonight/All I want is one soul to love me.” “Clean Slate” has good harmonies, taking us back to the sound of She & Him (with actress Zooey Deschanel), while “I Get Ideas” comes from a combination of folk, pop, and skiffle, rolled up with the melancholy lyrics “I want to scold you cause I care more than I care to”.

“Post War” features a Rhodes keyboard giving it a soft Springsteen sound. As the set comes to a close, we get an instrumental in the surf-sound original “Return To Neptune’s Net”.

Matthew Steven Ward lets us know at one point that his band is from the USA, and rightfully so. Even as the unsettling political climate south of the border continues to play out, it is a land of rich musical history. Tonight those borders came down, in the form of unity, induced by this humble troubadour. 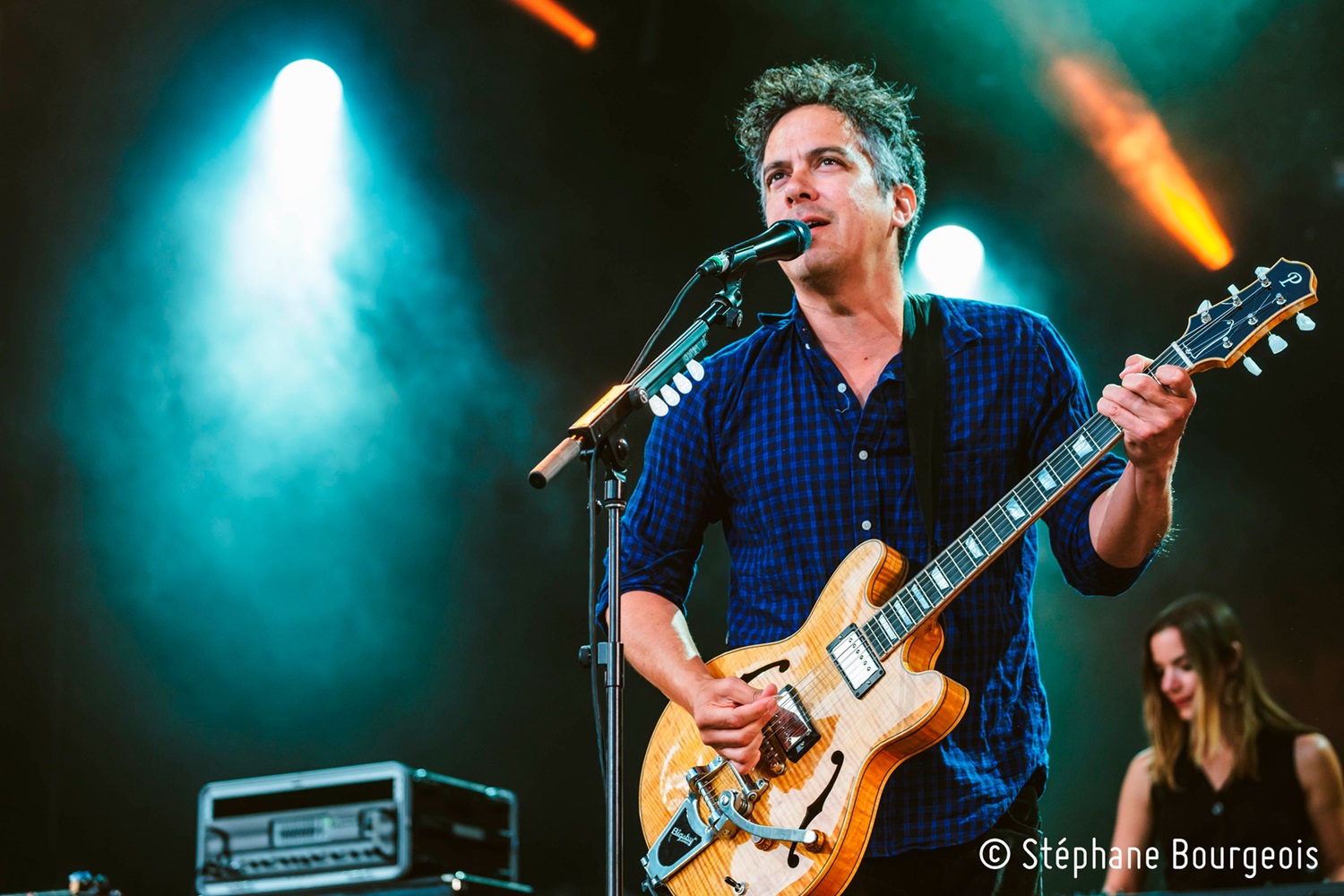 The War on Drugs

In spite of some early technical difficulties, Grammy Award winning indie rock band The War On Drugs gave a stellar performance tonight to a grateful crowd at Parc de la Francophonie. Fresh off the success of their Grammy award winning album A Deeper Understanding, which won the Grammy Award for Best Rock Album of 2017, the band quietly started off their set with “Brothers”. Working their way through sound issues, the instrumentation was superb, and remained that way throughout the rest of the set. Their music is chock full of guitars, keyboards, and peppered with saxophone and harmonica riffs, and each song blessed with a lengthy solo. If you closed your eyes, you could hear hints of Springsteen, Dire Straits, Jackson Browne, and even Al Stewart.

Flowing seamlessly from song to song, they breezed their way through such crowd favourites as “An Ocean In Between The Waves”, “Strangest Things” and “Red Eyes”. Although the audience was treated to a magnificent light show, this show was clearly about the music.

At one point, lead guitarist and vocalist Adam Granduciel told the audience “You look beautiful tonight. What more could you ask for?” If the audience had answered, they no doubt would have asked for a stellar performance by The War On Drugs. Tonight at the Parc de la Francophonie, that wish was granted.

The War On Drugs Setlist 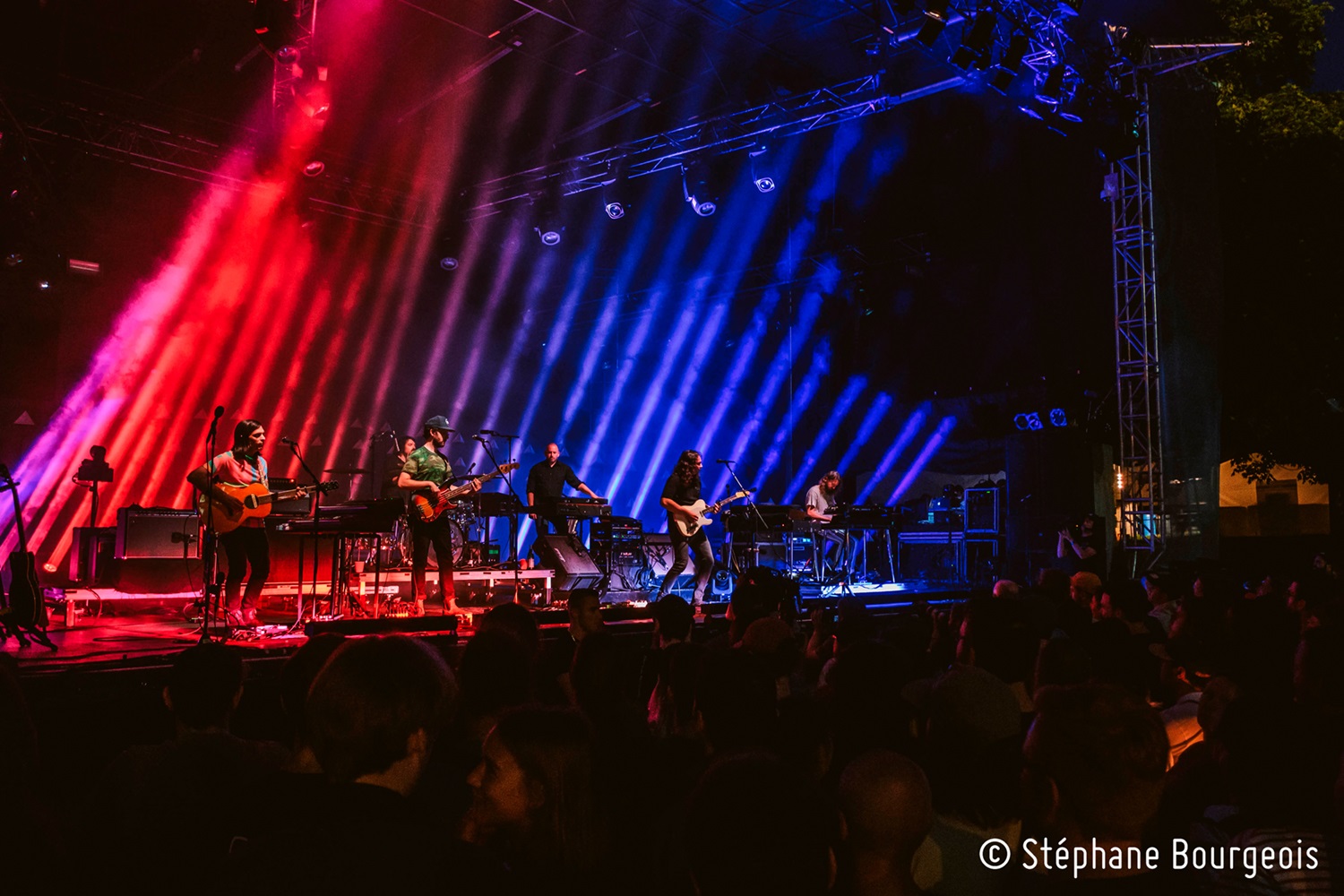 Trish Melanson lives in the Toronto area with her three boys, Nicholas, Justin, and Eric, her dog Jakkson, and her cats Max and Jagger. She is the former host and producer of Canadian Kickass, a weekly two hour radio show on New Jersey's Chestnut Radio, showcasing Canadian Music. She is also a former Web Content Manager of Indie Soundscapes, an online showcase for Independent Music Artists Worldwide, and was a regular music contributor to The Stroumboulopouli. She is a fervent supporter of the Toronto live music scene. In a past life she was a teacher and Vice Principal in Durham Region. She has many more new and exciting projects waiting in the wings. ;)
RELATED ARTICLES
festivalfestival d'ete de quebeclive review