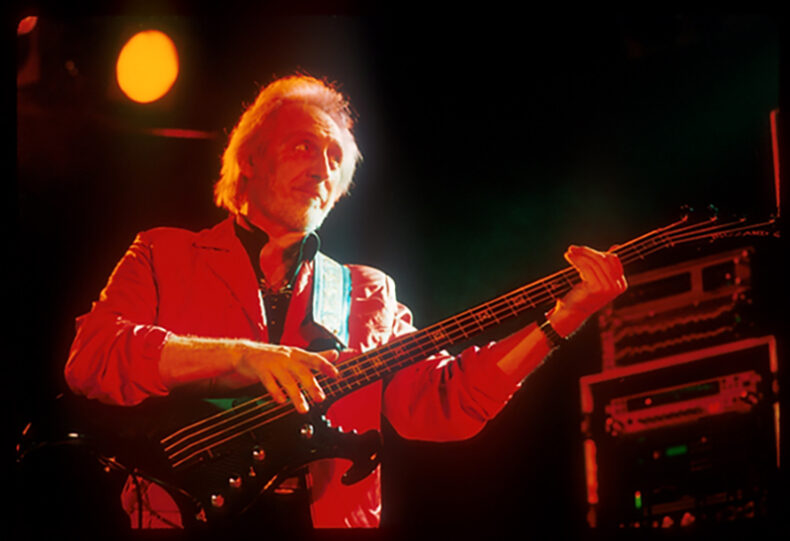 WHO SONGS? I DON’T KNOW ANY

Steve Luongo is one of the most respected and talented musicians in rock music today. He is known for his steady beat as a drummer but he is equally well known as a composer, arranger and producer. Outside of music, he has developed his talent as a clothing designer. He also has a great sense of humour. He was early for the interview and when I mentioned that it is better early than late he  quickly said “unless you are a drummer, then you want to be a little behind the beat.”

Since making his debut in 1968 with the New York City band Rat Race Choir, Luongo has played with many artists, such as Leslie West (Mountain), Jack Bruce (Cream), Alan Parsons, Ann Wilson (Heart), Eddie Money, Todd Rundgren, Joe Walsh, Ritchie Blackmore and Billy Squier. He is also a member of The Robin Zander Band and Forklift. However, he may be best known for his work and friendship with The Who’s John Entwistle.

Over the years Luongo worked with Entwistle on the stage and in the studio. They wrote songs together and completed albums in partnership. This gave Luongo access to an archive that he not only manages but owns. With the help of a record company (Deko Entertainment/Warner Brothers), the music is finally reaching fans.

How did Luongo come to work with Entwistle? “At gunpoint,” laughs Luongo. But the truth is, his introduction to Entwistle led to a friendship, writing partnership and musical collaboration that lasted for a number of years, up to Entwistle’s death in 2002. 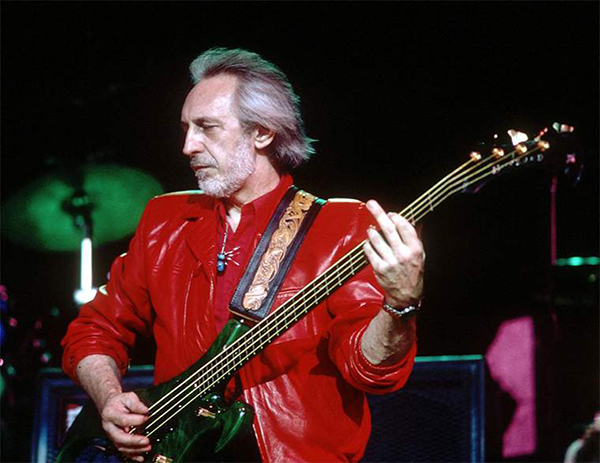 “We met at a trade show, a NAMM show, which is like a boat show, but with music. Everybody and every manufacturer is there and a mutual friend of John’s and my bands back in ‘87 had jammed with John in Germany at another trade show called Music Mesa and Joe Burger, who was our music engineer for a long time, you have to meet my friends in Chicago. So we were introduced at about two in the afternoon in front of McCormick Place. I said ‘nice to meet you’ obviously, but then I said ‘do you want to jam?’ I had heard all these stories about jamming with John. It turned out that  while The Who weren’t performing, he was going to trade shows just to stay in shape and to support the instruments he endorsed.”

And while Luongo thought it would be a simple jam session in a hotel lobby, it turned out to be something more.

“I quickly found that don’t ask somebody if they want to jam if you don’t want to jam with them,’ laughs Luongo. “He’d play at the opening of an envelope. That’s how it started. So I arranged to jam at the Vic Theatre. In the car ride over to the show, John asked ‘what were we going to play?’ I said ‘Who songs’, and he said ‘I don’t know any’.

But the gig turned out just fine, even Entwistle was impressed with Luongo and his band at the time. “We knew all that stuff cold, so when we walked on the stage we played well together and he was relieved. We sat in the green room talking, and we just hit it off. He handed me a piece of paper with his phone number on it and said ‘keep in touch, mate’.”

“After the initial gig, John and I stayed in touch. But that led to another gig at The Bottom Line in New York. He trusted me enough, I guess after all the phone calls and I wasn’t jumping up and down asking Who questions. He trusted me to arrange things for the show and had confidence in me to get it done. This turned into a tour, it was quite an adventure. That is when he invited me to partner up with him in the band he had for three or four years called The Rock I put together the tour of North America, with my agents, arranged to get the equipment we needed, although we needed to buy some on the road because we kept blowing things up. We became partners in crime and in business from that point on.” 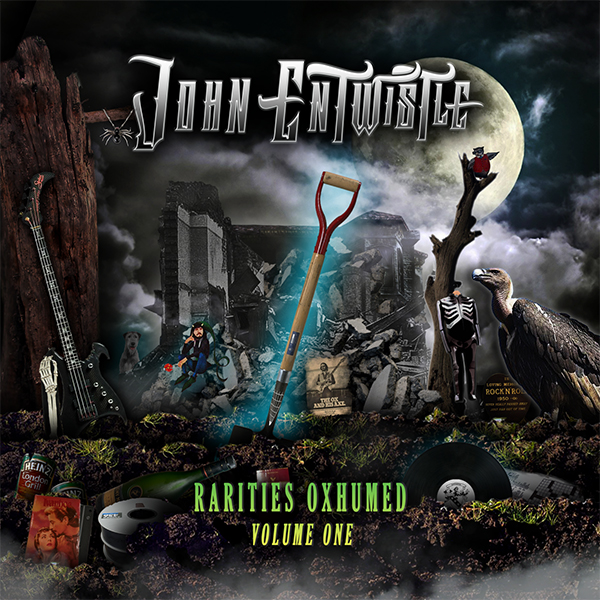 By 1995, the band became a band. They went into the studio, toured and wrote songs together. And now, in 2022, Luongo has been trusted and tasked with looking at the material and putting together the new album, Rarities Oxhumed – Volume One. One of Entwistle’s nicknames was The Ox, hence the title of the album.

“Over the years the fans have written and asked if there was anything left in the vault? The truth is a lot is left in the vault. We recorded every show we did, so there is a lot of concert recordings and that seems to be the thing that fans are gravitating to. Especially the ones who saw us play live. We just went for it. But I knew I had songs that had not been used. Most of the stuff we recorded looking for a traditional record deal had to be rewritten or altered in some way because we got a deal to the soundtrack for a kids TV show, so content had to be altered.”

Which is the beauty of Rarities Oxhumed – Volume One, in that fans can hear songs the way they were intended to be heard. Versions of certain songs on this album are treats for fans. “I love the versions on this album, like “Sleep With You” and “Left For Dead” which could not be used on a kids show,” laughs Luongo. “I just thought that I had the opportunity to give the fans something, after all these years. I know John would want me to do it. I have the library, and it is deep.”

“In putting it together, John’s fans knew how diverse John was in his writing and performing and I really wanted to demonstrate that with the use of raw demos. Two of the demos (“Bogey Man” and “Back On The Road”) were recorded back in the 70s and finished those in the 90s. So it is a completely new look at John’s musical thought process, as much as I was able to display on a record. The live bits, I picked those because they show things, things that we did, only at that show. It was a tip of the hat to our telepathy, chemistry, and speechless musical communication.” 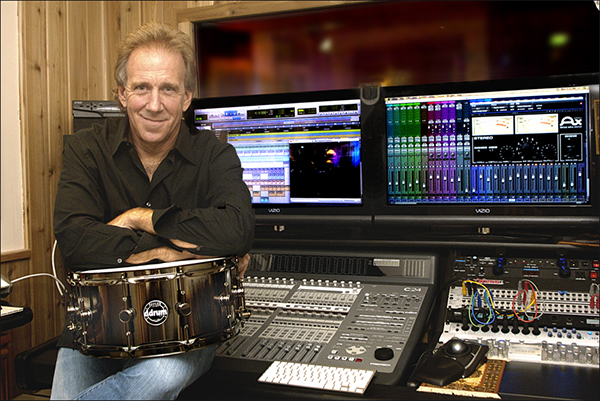 Putting Rarities Oxhumed – Volume One together was not difficult for Luongo on a technical level (“I had everything at my disposal) but on an emotional level it was not easy for Luongo. “It was hard for a long time. I really couldn’t look at the DVDs and live shows and I have hours and hours of video from the road, home movies and stuff. I couldn’t look at any of it. The thing about losing a friend and mentor, top three best friend, a bandmate and an older brother is that it is a loss on so many levels. It is hard to revisit anywhere without getting tugged by one of those heartstrings. For years I couldn’t do a thing. Fans wanted to have a celebration of his life in Manhattan and invited me to come, and I drove all the way down from the mountains where we live, and I sat outside the venue and just couldn’t go in there and I just drove home. It was overwhelming.”

“Over years, and it really was years, it began to get easier. In putting this record together, I won’t tell you it was without its trials, when I am in the control room and listening to a live tape, I would listen soft on headphones to find out if we are playing the performance that I wanted to use, and then I would take the headphones off and put it on the big speakers and crank it up and I was there and when I feel my shoulders firing like I was playing and dropping myself into that space, that is when it gets tough because you realize you are never doing that again”

Thankfully Luongo was able to put Rarities Oxhumed – Volume One out for fans to enjoy. And according to Luongo there are more volumes to come. “I wouldn’t call it Volume One if I wasn’t sure there would be future volumes,” he laughs.  Until then, we can enjoy this great collection, an opportunity to see a very different side of John Entwistle and to remind us all of his brilliant career outside of The Who.

Born and raised in Whitby, Aaron discovered music through his love of The Beatles. This led to a career in radio, writing for various publications, and ultimately a radio show about The Beatles (Beatles Universe), which ran for over four years. When not immersed in music, Aaron enjoys spending time with the loves of his life -- his wife Andrea, and daughters Emily and Linda (all of whom have an intense love of music too).
RELATED ARTICLES
bogeymandeko musicfeatures
7.0