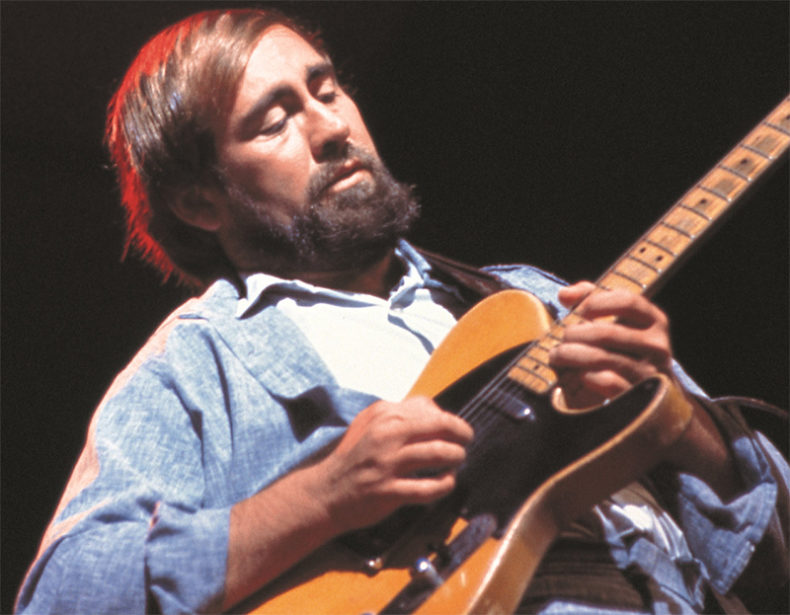 On August 14th 1988, Roy Buchanan hanged himself inside his prison cell in Fairfax County, Virginia, where he was being held after a domestic dispute. He was 48 years old.

No one knows what he was thinking or if he was sober enough to know what he was doing. This came to a surprise to his fans as he had been clean for some time prior to his suicide, and had resumed a busy touring schedule. It was a sad end for the quiet Arkansanian, who could never quite break into the mainstream despite being a major influence on guitarists such as Jeff Beck, Rory Gallagher and Danny Gatton.

Buchanan, who began his career in his late teens, started out playing rockabilly with brothers Dale and Ronnie Hawkins and can first be heard on the former’s hit single “My Babe”. Despite following a country/rockabilly path, Buchanan could shred anything from blues to hard rock and even jazz. Coupled with his squawks, squealing pinched harmonics and volume/tone swells, Buchanan brought a barebones way to approach guitar effects by simply using hand techniques rather than pedals.

30 years since Buchanan’s untimely death, we take a look back and remember him by looking at his Top Ten Tracks.

An almost Lynyrd Skynyrd style ballad, it’s a classic song of remorse and is pure Roy. One of his lesser known tracks, however, it features great vocals by Billy Price and a beautiful double-tracked guitar solo by Mr. Buchanan himself. A definitive original country-rock ballad.

A grimy little number from Buchanan’s second LP, “Five String Blues” demonstrates how gritty his playing could get. Opening with a wailing volume swell, sounding as if he is playing a distorted violin before quickly shredding some barroom blues licks. Over three and-a-half minutes into the song, Butch begins to sing a few phrases in his laid back, almost laconic, style before pinching us with more deadly harmonics.

Originally written by Bob Geddins, Roy and co. add a little rockabilly spice to the tune with a short but sweet chicken pickin’ guitar solo. Not particularly the most serious tune Roy ever recorded, in fact it’s probably the goofiest, however it is short, catchy little ditty that is bound to make you tap your toes.

Roy dabbles in some ‘70s soul and stays in the foreground behind singer Billy Price — until his turn to solo comes, that is. That solo is relatively tame, by Roy Buchanan standards, but comes with an abundance of feeling, almost caressing the listener to groove and sway to this intoxicating jam. 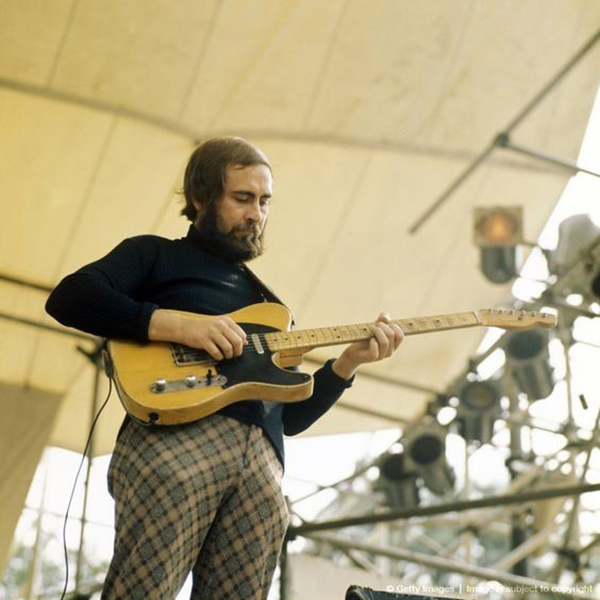 A deeply religious man, Roy thanks God for all the wonderful things in life from the beauty of nature to watching his children play. The vocals, sung by Roy himself, are quiet and subdued as always and have an almost childlike innocence to their delivery, coupled with some acoustic folk picking and sweeping electric country rolls, helping give this one gem status.

If you’re looking for the greasiest guitar licks that’ll put your ears at risk of bleeding, this one’s for you. “Roy’s Bluz” is probably the nastiest his ’53 Telecaster (nicknamed Nancy) ever sounded. With wah-wah-like volume swells, muted chicken pickin’ and palm-muted flanging effects all maxed to full from his amp, it’s hard to imagine he is just creating these far out sounds with just his two hands. Roy, like so many guitar virtuosos, feeds off of a live audience and it could not be any more apparent than it is here.

Originally written by country legend Merle Haggard in 1967, the song worked its way into Buchanan’s set and appeared as the second track on his major-label debut LP. While not as “country” as the Haggard original, this one is still pretty barnstompin’.  Vocalist, Chuck Tilley carries the tune with a soulful twang while Butch lays down subtle lap-steel like fills until unleashing a steroid-induced version of Merle’s original solo. While this tune is not typically associated with Roy, it is one of the most goose bump encouraging in his catalogue. Kind of makes you wanna rob a bank and hit the road.

2. “The Messiah Will Come Again”

“The Messiah Will Come Again” is probably the most well-known song Buch ever recorded. From the opening monologue delivered in his monotone voice to the passionate slow waltz of his guitar playing, it’s hard not to feel something from this track. Written while he was struggling with drug and alcohol abuse, you can feel the desperation in his sad, mellow voice when he bears down some harsh guitar licks. He was really crying out to be saved on this one.

Originally written and recorded by Don Gibson in 1956, “Sweet Dreams” has become a country standard and has been recorded by a range of artists from Patsy Cline to Elvis Costello. However, it is Buch’s instrumental take on it on his debut LP that stand out beyond all others. From the haunting lap steel vibes that begin the song to the gut-wrenching string bending, it is the most sentimental in Roy’s catalogue and is a perfect nightcap to a solitary night with a bottle of bourbon. If anyone has heard the original, you know it is about trying unsuccessfully to forget their former love. Roy’s version, with no vocals at all, gets this message across in abundance without saying a goddamn word. His Telecaster, “Nancy”, emulates a lover crying out in the night for their long-lost love in a fit of desperation. While Jeff Beck tried to copy this vibe with his version of “’Cause We Ended as Lovers”, neither he nor anyone else has ever come this close in making their guitar express itself like a human being. For that reason, “Sweet Dreams” takes the top spot.

As a child growing up in the suburbs, Ryan found music as a way to soothe his boredom. After first hearing AC/DC at the age of 10, he was hooked on music. Tracing its roots to the ‘50s, he became obsessed with Elvis, Buddy Holly and Chuck Berry. Somehow that led to grunge, then psych-rock, then jazz, etc. The list goes on and on and his collection of vinyl records continues to grow.
RELATED ARTICLES
featuresroy buchanan