SPILL FEATURE: THROW YOUR LIFE IN THE AIR AND SEE WHERE IT LANDS – A CONVERSATION WITH JESSICA LEE MORGAN

Features
227
previous article
SPILL NEWS: ARIANA GRANDE AND FRIENDS UNITE FOR "ONE LOVE MANCHESTER" BENEFIT CONCERT FOR VICTIMS OF THE MANCHESTER ATTACK
next article
SPILL FEATURE: UP THE RAH'S!!! - A CONVERSATION WITH JACK McLEOD OF THE RAH'S 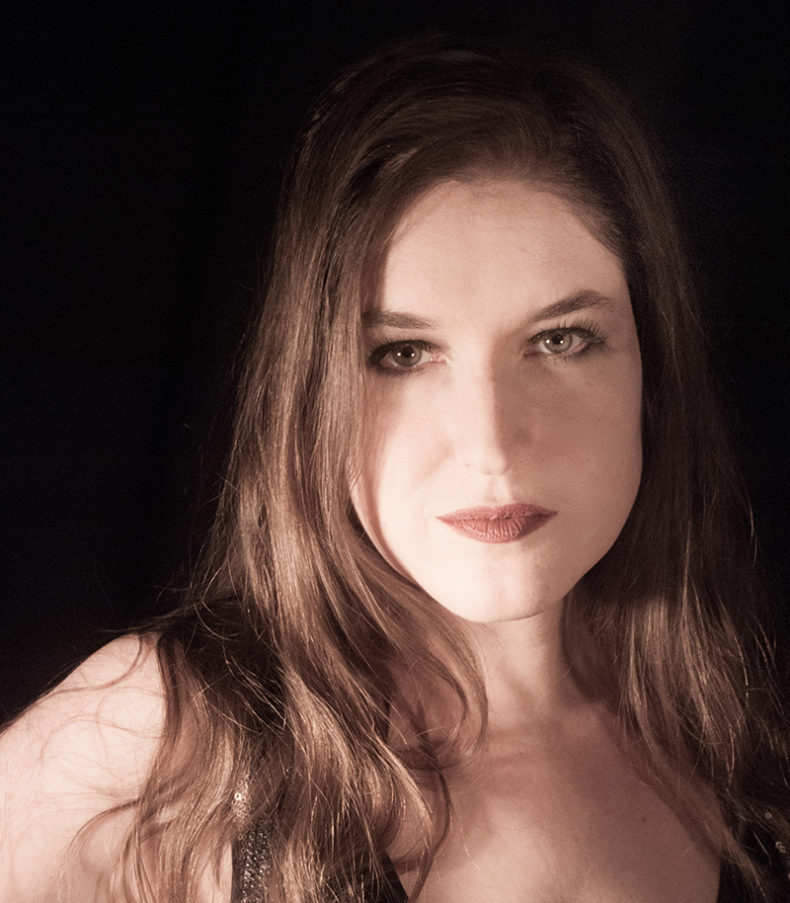 THROW YOUR LIFE IN THE AIR AND SEE WHERE IT LANDS

A CONVERSATION WITH JESSICA LEE MORGAN

Jessica Lee Morgan may be a new name to you, but she has been around a while performing and recording, and like the title of her new album, she has been Around The Block.  First, and foremost, she comes from a musical family.  Her mother is the extremely talented singer/songwriter Mary Hopkin (“Those Were The Days”; “Goodbye” “Gold and Silver” to name just three), and her father is the equally talented Tony Visconti (producer extraordinaire of David Bowie; The Strawbs; T. Rex, again to name a only three).  Around The Block is her second solo album, and she has toured with her father, Tony Visconti’s  band Holy Holy, which includes Woody Woodmansey  of the original Spiders From mars Band.  I saw Jessica Lee perform with and open for Holy Holy when they played Toronto two days after the passing of the legend in January 2016.

“We were in Toronto on the awful day that Bowie departed,” remembers Jessica.  “ I was so glad that Tony and Woody decided to go on as the gigs were therapy both for us and for the fans. On the day he died, Chris (her partner, who plays in the band) and I went up the CN tower. It was a freezing day but clear as could be. We could see for miles. It seemed a fitting way to mark the occasion. “

At the first Toronto show, and the tour,  Jessica had the unenviable task of opening the show with a solo set, with her partner, Christian Thomas.  She put on an astounding show, and won the fans over in record time.  And as noted, she also played with the band during the show.  Jessica has very fond memories of the numerous tours with Holy Holy.  For Jessica it meant getting back to playing with some fine musicians and playing for appreciative crowds.

“It was amazing. I’ve toured with them four times now and love it. I’ve gone from backing dolly to front row multitasking and it has made me improve my game so much. Terry Edwards graciously asked me to take over his spot as he had other touring commitments, and I am grateful for the opportunity to pick up my saxophone again, and the excuse to buy a nice 12-string. It’s Canadian I might add!” 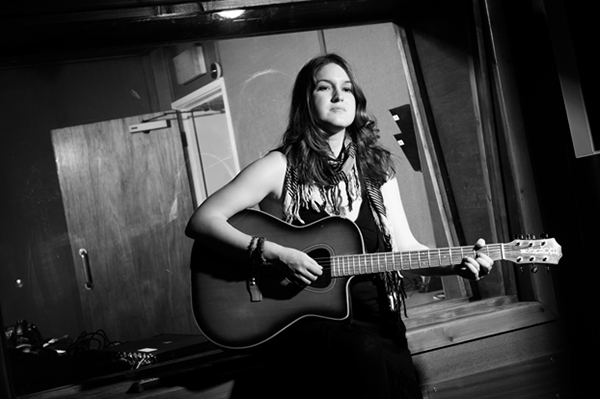 Jessica’s debut album, I Am Not was released in 2010, and it was a very impressive debut.  Since then she has toured to promote the album, as well as other tours (including one where she performed the music of her mother) along with her Holy Holy shows.  Coming from such a musical family (her brother, Morgan Visconti,  is also a musical artist in his own right).  But music was not an instant first choice for her.

“I decided late. I had dabbled all my life of course, but ended up with a career in Health and Social Care policy for many years. This informed a lot of my songwriting such as ‘I Am Not’, which is about how we label people with their conditions”

Although her first album is titled I Am Not, the song, “I Am Not” is the incredible opening track from her second album, Around The Block, and I remember her performing the song in Toronto.  It serves as a bridge between the two albums.

“With the first album I was still making up my mind about styles, how I could best present myself. It was a mixture of electronic, produced by my brother Morgan, and acoustic, produced by dad, and although I love both sides, I think people didn’t know what to make of me. With this one (Around The Block) I wanted to record it all in one go, or if that wasn’t possible, to at least sound like it was recorded in one go. People tell me that it does sound much more cohesive. I also wanted to present a sound that was closer to what I do on stage, when it’s just me on guitar and Christian on bass.”

For this album, she had some help from her partner, Christian Thomas, who co-produced the album as well as engineering and mixing the album.  He can also be heard  playing bass and singing.  Others featured on the album is a member of the Holy Holy tour band (Paul Cuddeford) as well a Jules Hay.  Her brother Morgan plays guitar and Simon Adams drums (he played on her debut album).  Even her dad, Tony Visconti provides backing vocals on one track. Jessica plays guitar, sax, kazoo, some percussion and, of course, sings.

Jessica also decided to the record the album in more unconventional ‘studios’, such as a mobile studio in an orchard, overdubs in their home, and saxophones in “a parking spot overlooking the Brecon Beacons in Wales”.  The result is a strong, consistent, stunning album.  Jessica put a great deal.  Listening to the album, one cannot help but notice the time and effort Jessica and Chris put into the songs, production and mix.  It sounds fantastic and the songs are very strong.

Through working her parents (and her brother), Jessica has been able to find her voice and her style.  This is evident with the new album, Around The Block.  The song and the title of the album are very important, and perhaps reflects her philosophy of life.

“I’ve done a lot of changing and travelling in the last few years, starting with 3 months in New York where I wrote the first draft of that song”  Jessica continues the story,  “The lyrics say it all – ‘Throw your life in the air and see where it lands’ (from the song “Around The Block”). It’s a literal description of what we were going through at the time. I really did cut off all my hair! It’s grown back now. The other songs represent a lot of different periods of my life, the usual emotional ups and downs and observations.”

Through it all was the music.  Jessica has delivered an impressive album.  And she will be doing some solo gigs in the U.K., perhaps North America later.  Her focus is on the album and her own career and her music.  She still works with her family (her brother does play on this album) and it is her brother who gave her advice that she has kept with her and uses, “keep my integrity and stay classy”.  She has done both.

Check out her album at jessicaleemorgan.com.

Born and raised in Whitby, Aaron discovered music through his love of The Beatles. This led to a career in radio, writing for various publications, and ultimately a radio show about The Beatles (Beatles Universe), which ran for over four years. When not immersed in music, Aaron enjoys spending time with the loves of his life -- his wife Andrea, and daughters Emily and Linda (all of whom have an intense love of music too).
RELATED ARTICLES
around the blockfeaturesi am not
8.0