SPILL NEWS: ARIANA GRANDE AND FRIENDS UNITE FOR “ONE LOVE MANCHESTER” BENEFIT CONCERT FOR VICTIMS OF THE MANCHESTER ATTACK 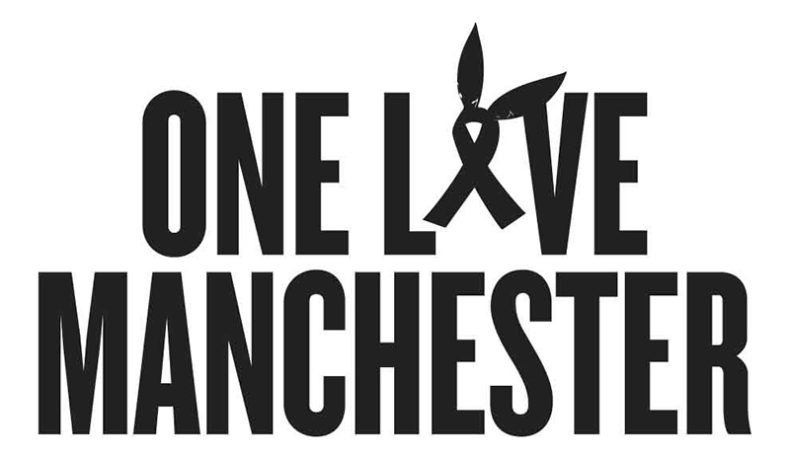 Ariana Grande is returning to Manchester to headline a special One Love Manchester benefit concert on Sunday 4 June to honour and raise vital funds for the victims and families who were tragically affected by the Manchester attack after her show last week. The concert will take place at the Emirates Old Trafford Cricket Ground. General admission and hospitality tickets will be on sale through Ticketmaster (ticketmaster.co.uk/arianagrandemanchester) from Thursday 1 June 2017 at 10:00AM BST.

Ariana Grande has called on the biggest international names in music to join her for this unforgettable evening, including Justin Bieber, Coldplay, Katy Perry, Miley Cyrus, Pharrell Williams, Usher, Take That, Niall Horan, and others. The concert will be broadcast on BBC Television, and on BBC Radio and Capital Radio Networks. The BBC will be the host broadcaster for international television networks. The show will also be streamed with a digital partner worldwide, to be announced soon.

All net ticket proceeds of the show will go directly to the We Love Manchester Emergency Fund which was set up by the Manchester City Council in partnership with the British Red Cross, in aid of grieving families and victims of the horrific attack.

Ariana is offering fans who were at the Manchester show on Monday free tickets to this benefit concert. Customers who would like to attend will need to follow this link (ticketmaster.co.uk/arianagrandemanchester) and register before Wednesday 31 May 2017 at 4:00PM BST. Ticketmaster will be in touch via email within 36 hours of registrations with instructions on how to process your free ticket.

Ariana Grande Said, In An Open Letter Posted On Her Social Media Accounts:

“My heart, prayers and condolences are with the victims of the Manchester Attack and their loved ones. There is nothing I or anyone can do to take away the pain you are feeling or to make this better. However, I extend my hand and heart and everything I possibly can give to you and yours, should you want or need my help in any way.”

She continued: “We will not quit or operate in fear. We won’t let this divide us. We won’t let hate win… Our response to this violence must be to come closer together, to help each other, to love more, to sing louder and to live more kindly and generously than we did before.”

“Music is meant to heal us, to bring us together, to make us happy. So that is what it will continue to do for us. We will continue to honour the ones we lost, their loved ones, my fans and all affected by this tragedy. They will be on my mind and in my heart everyday and I will think of them with everything I do for the rest of my life.”

The attack – which took place after Ariana’s Dangerous Woman concert at Manchester Arena on Monday 22 May – killed 22 people, seven of whom were children, and injured hundreds of others. 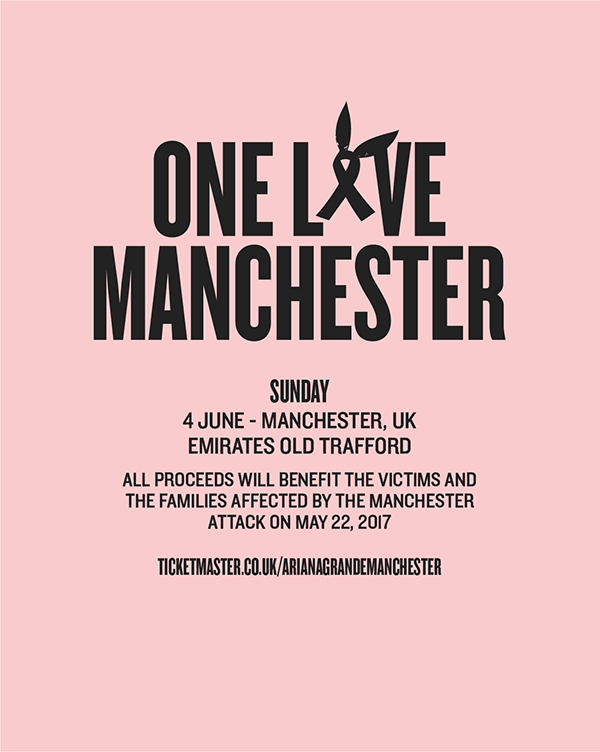 LOCATION: Emirates Old Trafford, Talbot Road, Stretford, Old Trafford M16 0PX
For speed of entry, we are requesting that concert-goers do not attend with bags.
For more information on travel and arrival – please visit: http://www.ticketmaster.co.uk/arianagrandemanchester

Ariana Grande And The Organisers Of The One Love Manchester Concert Would Like To Thank:

DONATE TO THE ‘WE LOVE MANCHESTER EMERGENCY FUND’ HERE

SPILL NEWS strives to keep our readers up to date with news and events in the music industry. We keep you informed of the most recent information regarding new releases, tour dates, and information items about your favourite artists.
RELATED ARTICLES
ariana grandemanchesternews