Features
151
previous article
SPILL FEATURE: GETTING IT ALL OUT - A CONVERSATION WITH FRANK BELLO AND DAVID ELLEFSON
next article
SPILL TRACK OF THE DAY: THE GREY DISORDER - "I'M AFRAID OF AMERICANS" 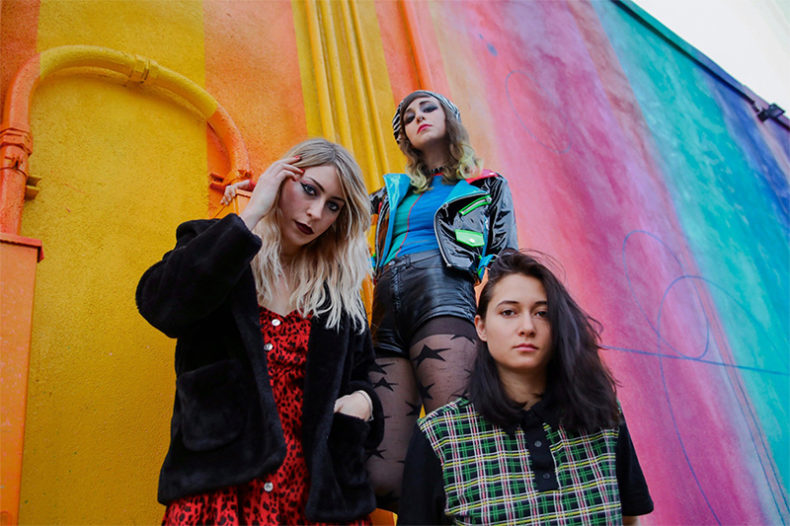 THE MUSIC INDUSTRY IS ANYTHING BUT A SITUATION NORMAL, MOST LIKELY, IT IS ALL FUCKED UP

A CONVERSATION WITH POTTY MOUTH

After going through many “Situation Normal All Fucked Up” moments, Potty Mouth has pushed through to create its newest album, SNAFU. The album is out on March 1, 2019, and was produced by the members of Potty Mouth themselves. The trio consists of Abby Weems (lead vocals, guitar), Ally Einbinder (bass), and Victoria Mandanas (drums). This Massachusetts-based band has a fearless spirit, and its newly-unleashed, angsty pop-punk album represents it perfectly.

“Situation Normal All Fucked Up, that seems like my life, and it totally feels relevant to our career as a band and the music industry just never being what you expect it to be, and just having to rely on yourself and trust yourself to get through it”, says Weems.

It has been six years since the release of Potty Mouth’s first album, Hell Bent, and there is a stark difference between the processes of two albums: “We recorded Hell Bent in our friend’s home studio, and it was the first ten songs we had ever written,” says Weems. With SNAFU, on the other hand, the band “picked the ten best songs that we thought went really well together, and made sure we got all of the sounds that we really wanted so that it could be the best representation of each song”.

The gap between the two albums brought a lot of ups and downs, but the band looks back on those years with a positive mindset. Einbinder says that, “During that six-year gap there was a lot of growth, and a lot of growth as musicians, but also growth as a band developing and clarifying what we want out of our music and out of our sound”.

The journey to prepare the album for release was no small feat. Potty Mouth defied the many pressures from the music industry to fit a particular mould and sound, and chose to rely on itself to create a truly authentic album. The process took longer, but the upside was that the band was able to follow its instincts. The story is inspiring, and Weems reminisces that, “I didn’t even know how to play guitar when we first started the band and then a few years later we put out something like this (SNAFU). It is totally doable and I think it’s a great example to compare how far we have come”. 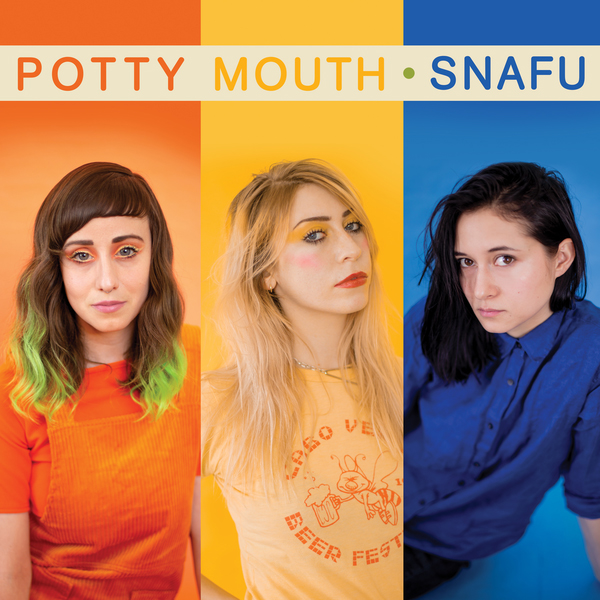 A song from the album that exemplifies the pressures of the music industry—all too familiar for Potty Mouth—is “Plastic Paradise”. The song was motivated by a time when Weems was wandering around stores like CVS and Target and felt like she was constantly being bombarded by a fake world that sets impractical standards. “It just reminded me of how unrealistic expectations are, especially for being a performer or a celebrity. You know, you see one thing on these magazine covers and you see the reality that your life, well at least my life, is not that much different than before and I am still not living that high life”, she remembers.

Potty Mouth is not afraid to be itself in an industry that would like to change that. The band is undoubtedly sticking to its ‘90s sound, which is even more apparent on its new album. Weems discusses the bands that influenced her edgy sound:  “We love ‘90s rock—Veruca Salt, Weezer, bands like that—just because we are a guitar band but our songs are really melodic and poppy, so those were our references for having a really clear fresh-sounding rock album”.

The band has been playing two of its new songs, “22” and “Liars”, in live performances prior to the release of the full album, with an enthusiastic response from fans. For Potty Mouth, it is exhilarating to play new material that is being well-received: “people were dancing and singing along and I was like wow, this is so cool”, says Einbinder.

On January 28, 2019, an eclectic music video was released for “22”, which includes scenes of Potty Mouth’s members stuffing their faces with spaghetti, holding a snake named Caramel, and ultimately trashing the set with a baseball bat. When asked about her favourite part of the filming, Einbinder immediately says “Caramel!”. The band was lucky enough to find some fans who owned a reptile store, Gray’s Reptiles, who volunteered their snake for the video, though no one knew at the time that Caramel was pregnant. “She laid her first batch of eggs in October, and they named one of the baby snakes Alli after me”, says Einbinder.

Throughout the years, the one thing that has stayed strong is their love of music.“, helping its members to power through tough times and forge their own paths in the music industry. “We do this because we love it. I still wouldn’t trade it for the world, like I think that you have to make sacrifices in life and we just want to keep doing what we love”, says Einbinder.

Although a tour hasn’t been lined up yet for SNAFU, you can catch Potty Mouth at South by Southwest in Austin, Texas.

Bianca Mazziotti has been a music addict ever since she was six-years-old and won an acoustic guitar in a contest. Her passion for music only continued to grow, and you can now find her enjoying live shows all over Toronto. She hopes to continue combining her two passions, music and writing, well into the future.
RELATED ARTICLES
22abby weemsally einbinder
8.0

by Bianca Mazziotti on March 1, 2019
Potty Mouth SNAFU Get Better Records Today, the all-female punk band Potty Mouth released their second album, SNAFU. For fans, it has been a long wait since their first album, Hell Bent, [...]