SPILL FEATURE: IF IT FEELS RIGHT – AN INTERVIEW WITH MARC JORDAN OF LUNCH AT ALLEN’S 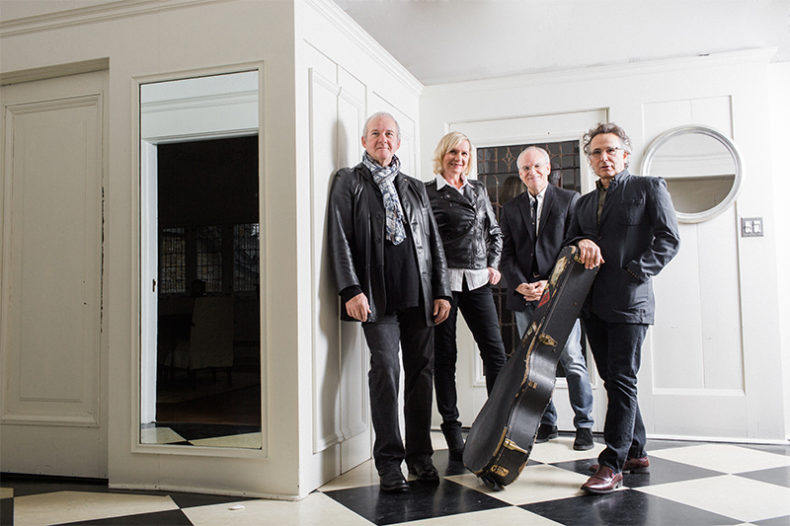 IF IT FEELS RIGHT

AN INTERVIEW WITH MARC JORDAN OF LUNCH AT ALLEN’S

It was never intended to be a “supergroup”, and it was never meant to last more than one performance, but 13 years and five albums later, that is exactly what Lunch At Allen’s has become.  Lunch At Allen’s is a four piece band featuring Murray McLauchlan, Marc Jordan, CIndy Church and Ian Thomas, and this year the band releases their fifth album If It Feels Right, on June 16, 2017 on Linus Records.   Lunch At Allen’s is also about to embark on a cross Canada tour.

I was able to catch up with Marc Jordan recently.  He was talking to me while he was driving around Toronto (“I am ‘hands free’ so I am being safe” states Marc).  The formation of the band was not really intentional.  According to Jordan, “Murray was asked to participate in a songwriter’s circle.  Murray doesn’t like these songwriter circles, so he asked if he could put together three or four people and play it as a band.  He asked me and Ian Thomas.  So one gig lead to the formation of the band.  But we quickly realized we needed another voice to the trio, so we invited Cindy Church.  Fantastic singer and great writer as well.”

The bands name comes from a restaurant (Allen’s) on the Danforth in the East end of Toronto. McLauchlan, Jordan and Thomas would meet there for lunch on occasion.  It seemed as good a name as any other for the band.

With four strong writers in the band (try counting the hits the four of them have written as individuals for themselves and others), there must be friendly competition in the band.

“No, not really, but any competition is healthy,” says Jordan.  “Everybody does their own thing.  And we have fun, at this point it has got to be fun.  We usually have dinner before we start, and the more wine we share, the funnier the evening is.”

“I write all brand new songs when we decide to get back together.  I don’t dig up old songs, or anything like that, I write the new  songs, and when we get into the studio, it all starts to sound like Lunch at Allen’s.  But I also don’t distinguish between my solo work and Lunch At Allen’s.  I just write for myself. The songs become Lunch At Allen’s songs, though.” 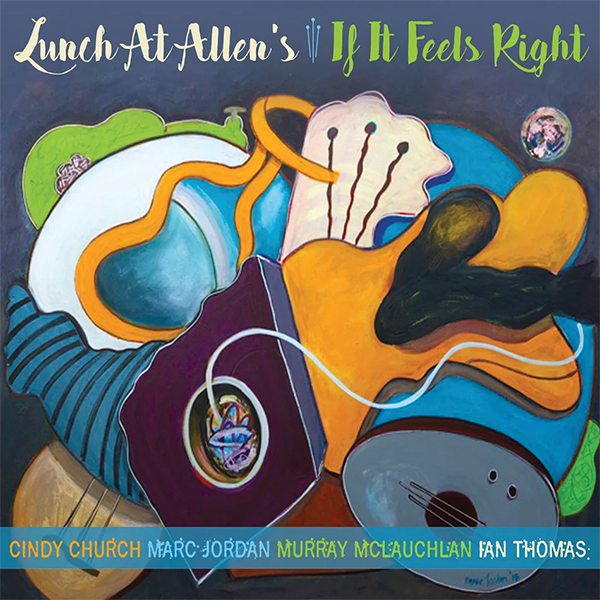 PRE-ORDER IF IT FEELS RIGHT VIA TRUE NORTH RECORDS

The new album, If It Feels Right was recorded in Toronto (Kensington Studio) and Ian Thomas’s home studio in Dundas, Ontario.  It was self produced by the band and as usual the band forms a tight unit.  And for Jordan, recording and writing is something he loves.

“I love what i do, happy to be working on music all day long.  In fact I love it more now than I did when I was younger.  I can’t wait for the start of the day.  Not a drag at all, I wouldn’t be doing it if it was.”

Music allows me to put my thoughts down.  Music is the only art form that speaks right to the heart, speaks to the human condition.  Music can deliver certain messages beautifully.”

And Lunch at Allen’s succeeds in this with the new album, If It Feels Right, with personal songs, and social commentary.  The album is quite brilliant.

But these four artists have been in the music business a very long time.  And during those years, things have changed, certainly from the business side of things.

“Record companies would steal from you, but they also gave you enough money to go to your home to write songs.  Today, young songwriters have a day job with their social media and not as much time writing songs.  To be honest, the big money comes from playing live, because the royalty rate from Spotify is pretty low.  To be fair, the creators of the music must get  a reasonable amount.”

The band will be touring Canada this summer and while you are waiting for them to hit your town, you can enjoy their new album (their first in five years).

Born and raised in Whitby, Aaron discovered music through his love of The Beatles. This led to a career in radio, writing for various publications, and ultimately a radio show about The Beatles (Beatles Universe), which ran for over four years. When not immersed in music, Aaron enjoys spending time with the loves of his life -- his wife Andrea, and daughters Emily and Linda (all of whom have an intense love of music too).
RELATED ARTICLES
cindy churchfeaturesian thomas
7.0