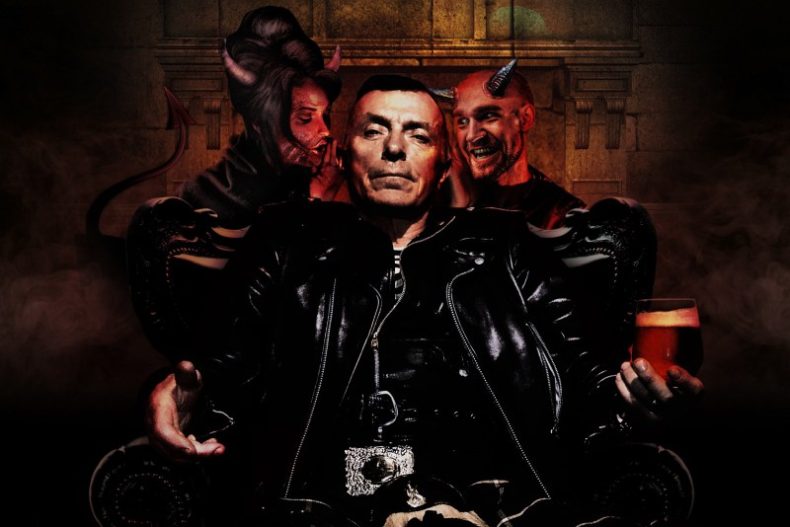 AN INTERVIEW WITH PAUL McKENZIE OF THE REAL McKENZIES

I spoke recently with Paul McKenzie–founding member of the Canadian Celtic punk band The Real McKenzies.

Paul and the rest of the band have been camping out in a friend’s driveway in Victoria, BC while kicking-off an international tour. “We’re playing the West Coast now, then Florida, then back to the East Coast and hopefully be back in Toronto in the late-Summer/ early-Fall. We want to extend a sincere welcome for all to join, and tilt a glass.”

Canada’s West coast is a fitting point of departure for The Real McKenzies, whose Scottish-inspired music began in Vancouver during the early-1990s. Although celtic cultural history is typically more associated with Canada’s East coast, Paul notes that celtic culture and pride are present all across the nation.

“I think it was back in the 1920s or 1930s, the Robert Burns Society of Canada put a statue of Robert Burns in every major city in Canada. I think Halifax is the best one, and I’ve seen them all. But there is a contingent of Scottish culture in the West Coast, and we’re keeping it very alive and very well.”

I asked Paul about what he sees as the popular appeal of Celtic punk music, and he spoke about drawing inspiration from charismatic performers like Andy Stuart. “He [Stuart] passed away a few years ago, but he was huge in the 50s and 60s. It even goes back to Sir Harry Lauder, who used to entertain troops during WWI, and was actually knighted by the queen for his performances. His stuff was just fucking hilarious, you know, he’d stop his music and tell a little joke or story. So the well’s deep, and we’ve been drawing from it for 25 years.”

With their 25th anniversary, The Real McKenzies have recently released their twelfth full-length studio album Two Devils Will Talk. Keeping true to the band’s history of constant touring and releasing albums every other year or so, Paul also mentioned that they’ve recently recorded some live material, and that “it’s good, but we just have to bring it into the studio and fix it up a wee bit because, being live, there’s a couple of little anomalies that we’d like to fix up before release. So we’re working on that, and I’ve always got a couple of songs in the bag, so we’re gonna be working on those as well.”

I wanted to know about how Paul (whom is also the band’s main songwriter and lyricist) typically develops his songs. I was also curious as to how he understands the role of punk music in addressing political issues. Paul’s answers to these questions, again, revealed his rich knowledge and understanding of his own cultural history.

“I normally draw my stuff from history… Celtic music originates from rebel music. It was Scots who were against the queen. Take, for example, after the Battle of Culloden when the English came up and basically said ‘we have court rights to do whatever the fuck we want’ to the people there. And so that’s who they rebelled against. But in terms of political music, it was just natural for me to like that stuff because I was raised that way.”

In a related way, Paul also managed to find a silver lining in the contemporary climate of international political instability, and notes that “with regards to political ‘wake up!‘ music, I think that the Trump administration is going to be nothing but excellent for punk rock, like Reagan did back in the 80s.”