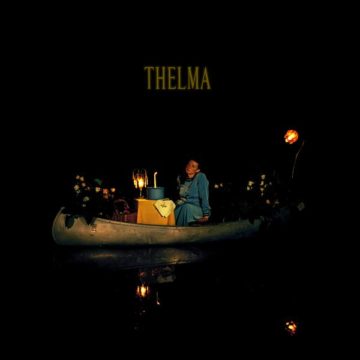 Experimentation with different sounds and effects led Jacobs to recruit Juan Pablo Siles (guitar), Daniel Siles (drums), and Maciej Lewandowski (bass), forming the full live band as it exists today. The addition of wider instrumental expertise affords Thelma a diverse playbook and kit, used to create the sort of effective – albeit unorthodox – blend of mysterious lyrics with what are often misleading accompaniments.

In “If You Let It”, the repetition of cryptic themes and questions is paired with naturally-flowing instrumental progressions and sequences – who themselves become predictable with foreshadowing -, taking us down the same winding path, and leaving us stranded somewhere different each time. “White Couches” uses a similar technique, with a similar result: a false notion of knowing where we are based on the repetition of scenes. Subtle nuances make the sound impossible to properly navigate, forcing the listener to hang on in suspense and intrigue. “Peach” features layers of Jacobs’ vocals, each one pulling us in a different direction. The instrumentation, though steady and reliable, gives no clues or hints as to which way to take. In a trap we can not reason our way out of, we are once again forced to hang on until the music resolves itself.

Thelma’s first offering establishes the group’s foothold and identity in the scene, by pairing sounds of different psychological connotations and forging them together in a production furnace fueled in equal parts by ingenuity and a desire to leave listeners in an ever-changing space ranging from within to far beyond their comfort zone. The result: a series of concurrent journeys down infinite rabbit holes with infinite pathways and without any compass, only to emerge intact when their architects offer resolution.

The Spill Magazine is a Toronto-based online publication dedicated to covering the independent music scene with a strong focus on our thriving hometown talent. Our writers bring you up-to-date news, in-depth features on musicians and reviews for the latest CD releases. We also travel to the front lines for all local festivals including Canadian Music Week and North by Northeast. Don’t forget to check out our Facebook and Twitter pages for all daily Spill updates.
RELATED ARTICLES
album reviewspeachtiny engines
10