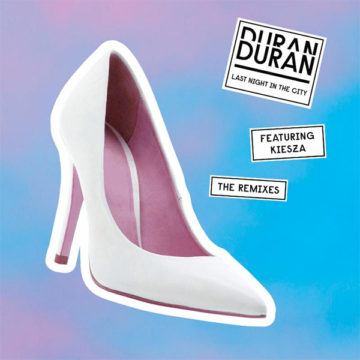 An interesting EP from Warner Music arrived, containing four remixes of Duran Duran’s “Last Night in the City” featuring Keisza, from their latest album Paper Gods. The  remixes are by four of the world’s greatest dance producers and production teams, and it also includes a Canadian connection.

The first mix is by L.A. Producer Tokimonsta (aka Jennifer Lee) and the second, more club friendly mix is by iconic Danish deep house producer Kant. However, the best two mixes are saved for last. The third mix, by the L.A. production team of Nicolas II and Aria S (aka Louis Vivet), and the final mix, by the transatlantic electronic music duo of Koishii & Hush (Simon Langford and Alex Hush), who hail from London and Toronto respectively, show particular inventiveness and imagination.

Each mix reflects the various producer’s styles and offers many delightful surprises along the way.

Gerry Young is President of Current Records and Management, and author of the 2011 biography Pop Goes The Weasel: Rock And Roll Off The Record, available at Indigo/Chapters, Barnes & Noble, and Amazon.com. He has recorded and managed Juno Award winning bands Martha And The Muffins and The Parachute Club among others.
RELATED ARTICLES
album reviewsalex hushduran duran
8.0