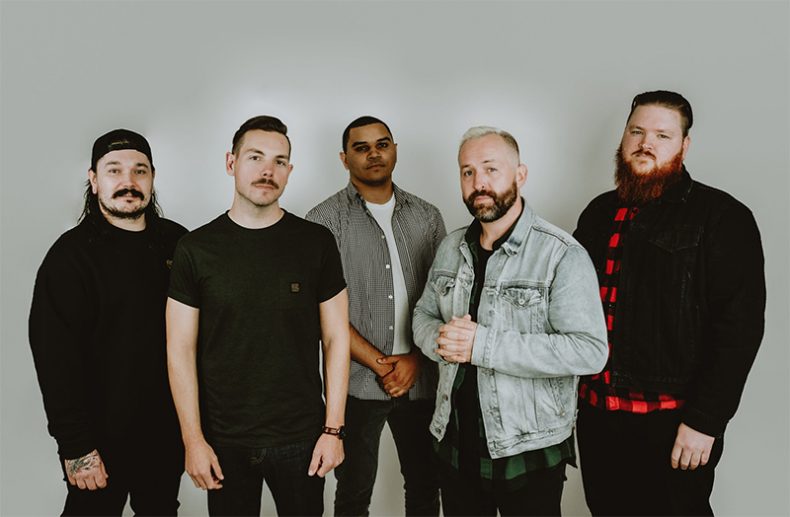 A CONVERSATION WITH WE WERE SHARKS

We Were Sharks have been together for the past ten years. This not only shows commitment to their craft, but a well-seasoned band that has gone through the motions of what it’s been like to be in a pop-punk band and to really stick to that formula.

‘We Were Sharks got started almost 10 years ago, which is crazy to imagine! The vision when the band first started was to create music that paid homage to the bands that inspired us. We weren’t trying to reinvent the wheel, and I don’t think we’ve really changed that mindset. We write music that gets us excited in the same vein as the songs that got us excited, hoping that it excites those who hear it!’

Fast forward to 2021, that excitement still has not changed for the pop-punk luminaries, who make the music they want to make, yet have not forgotten where they came from when it comes to the influences that inspired them.

‘Between the five of us, we have quite an eclectic musical palate. Granted, we all came together in one way or another through our passion for punk rock and hardcore. With New Low, we wanted to make sure the energy and dynamics you find in those genres still lived throughout the record. But we also wanted to show other sounds that inspired us. We really focused on the hooks found in R&B and pop music to showcase Randy [Frobel]’s vocal melodies and the narratives found in country music to tell stories within songs. There are rock bands that don’t depend on a single riff; instead, they keep a song driving and dynamic with simplicity. There’ll be no problem finding the sounds that defined us in the past sprinkled fairly throughout the album for balance, but it was really fun to tap into other genres that get us motivated.’ 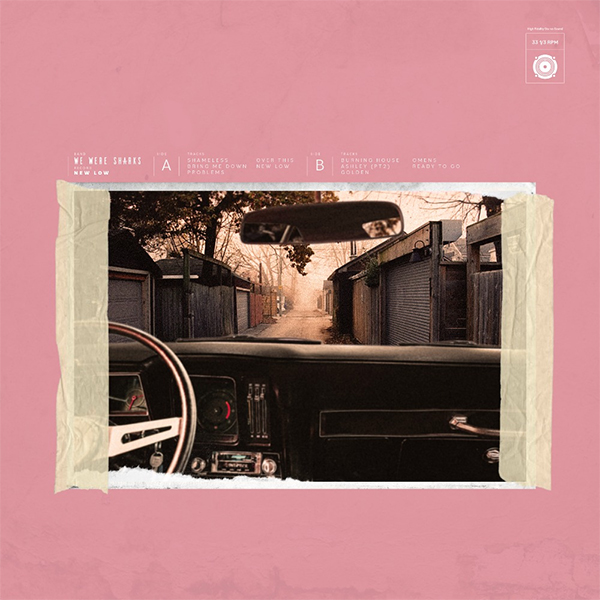 For We Were Sharks, this statement could not be more factual. New Low definitely dives into another soundscape territory that sounds familiar yet unfamiliar at the same time. Gems like “Shameless” and “New Low” will take us back to the We Were Sharks that we have always known and loved over the years. Other rare cuts like “Problems” and “Over This” dive into more pop and R&B colorful sensibilities, something that offsets Randy Frobel’s vocals exceptionally well.

While often said that the best material from an artist is the most painful or the most euphoric of experiences, We Were Sharks has taken theirs and created an album that feels strikingly different from the rest of their earlier predecessors. Everything about this feels punchy lyrically, instrumentally, and vocally. The agitation and melodicism are dialed-up to another level of unprecedented energy. There seems to be a fierce new perception going into this and a new level of confidence for the band going into the new year.

‘That’s a really great way to describe it! We really took our time with every piece of the puzzle. We challenged ourselves and wanted to make sure the effort showed. Thanks for describing the record like that. New Low isn’t outside of our wheelhouse — it’s 100% a We Were Sharks album. However, it could have been easy to recreate Lost Touch,’and those who really enjoyed that record probably would have loved to hear a continuation of that. But, this band has been around for 10 years. With our previous work, we would try to write our best versions of songs that we loved. This time, we wanted to push ourselves to create great songs and feel confident in how we got there.’

While the band is eager to get back into the studio to make more music, they understand the commentary that comes with the pop-punk genre and even with their music. While for some bands it can become disheartening to hear some of the comments people say about the genre in general, We Were Sharks have been around the block long enough to show that they are made of stronger stuff. Beyond all that creativity and astounding musicianship lies wisdom beyond their years. They continue to do what they love, despite the hate some people on the outside will give them.

‘We’re not trying to reinvent the wheel. In fact, our band name has probably found itself amongst that commentary as well. But, it’s ok. We’ve been happy with the music we’ve put out in the past, and that’s what matters. It’s ok to play it safe and stick with what you know and love. For a while, we’d write songs that define us as a pop-punk band. Now, I think about what defines a pop-punk song, rock song, or R&B. Is it the instrumentation? Is it the melodies? Obviously, it’s easy to sonically hear a type of sound and categorize it. But, in terms of progression, specifically with New Low, I’d like to think that we began to think about what molds a song and what we liked about that and let that drive the inspiration.”

And progressed they have. With a new album under their belt, they are heading towards a new future with a new sound, attitude, and positive thoughts for the new year.