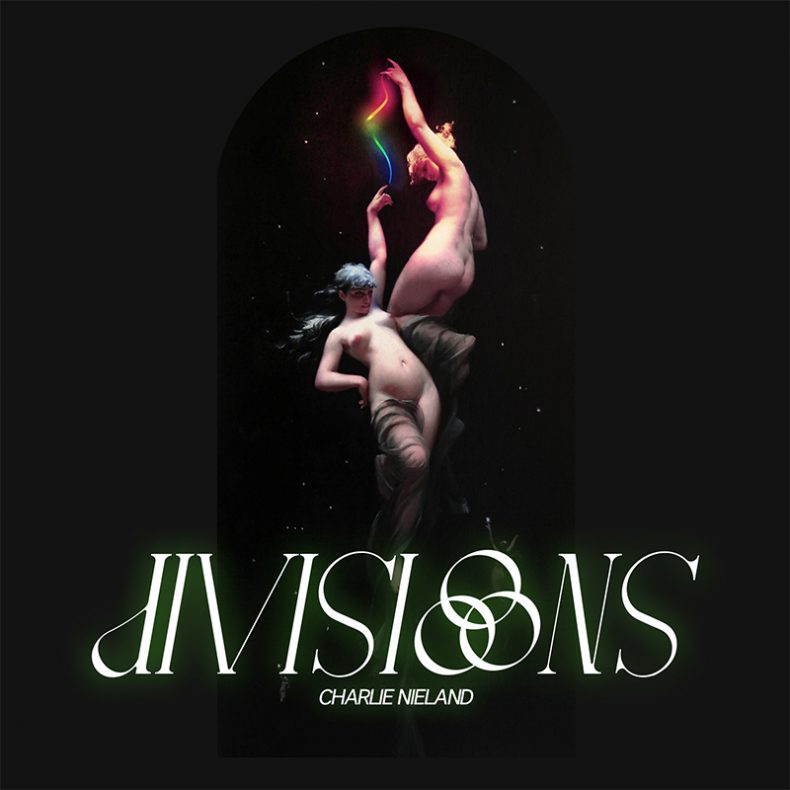 NYC-based producer and singer-songwriter Charlie Nieland will release his Divisions LP this Friday. A prolific indie music veteran Charlie Nieland presents this collection of his solo offerings – his second as a solo artist – spectacularly unearthing our worldly connection through his profound, thoughtful and grounding music.

Renowned for tastefully blending post punk, dream pop and progressive rock with sweeping melodies and restless and visceral rhythms, Charlie Nieland has been writing, playing and producing music for decades, with a focus on the atmospheric and the imaginative.

“As the pandemic took hold, so did my plan to produce Divisions and I began a listening expedition through my inspirations, from The Beatles to Yes, Cocteau Twins to Interpol, Peter Gabriel to Blur, U2 and The Flaming Lips. I wanted these tracks to be mini-epics, where you hear something new every time you listen. I started recording in my apartment this summer and reached out to drummer Brian Geltner and cellist Patricia Santos, who recorded their parts at home and shared them with me,” explains Charlie Nieland.

“As restrictions lifted, I started a marathon tracking process at my studio that included violinist Heather Cole, both Susan Hwang from my band Lusterlit and Billy Loose from Her Vanished Grace on drums and Susan on backup vocals. I called into service all my instruments, from lap steel, to 6 and 12 string electric and acoustic guitars; fretless, fretted and 8 string basses; analog synths, virtual mellotrons, TR-808s and more. This whirlwind journey is heard here in the obsessive and passionate, surreal and visceral, dream-like progressive rock and dream pop of Divisions.”

Nieland’s musical backstory is extensive, played power dream pop with the band Her Vanished Grace for over 20 years before establishing himself as a solo artist with a mix of nuanced songwriting and sonic exploration. He is currently half of the literature-inspired songwriting and performing duo Lusterlit with Susan Hwang.

Over the years, Charlie has written and produced material with such notable artists as Debbie Harry, Rufus Wainwright, Dead Leaf Echo, Blondie and Scissor Sisters. He scored the feature film ‘The Safety of Objects’ (starring Glenn Close), the pilot episode of ‘The L Word’ on Showtime and the VH-1documentary ‘NY77: The Coolest Year in Hell’. Charlie was awarded a Gold record (UK) for his production work on Blondie’s ‘Greatest Hits Sight & Sound’ and achieved a Top 10 Billboard Dance Chart Position with Debbie Harry’s single ‘Two Times Blue’, which he co-wrote and produced.

The full Divisions album will be released on March 5 and can be obtained directly from the artist at https://charlienieland.bandcamp.com/album/divisions