SPILL FEATURE: MUSIC GROWING UP WAS A SHARED EXPERIENCE, I THINK WE’RE TRYING TO GET BACK TO THAT – A LOOK INTO TRAVIS, WORKING AS A BAND, AND THE STATE OF MUSIC WITH GUITARIST ANDY DUNLOP 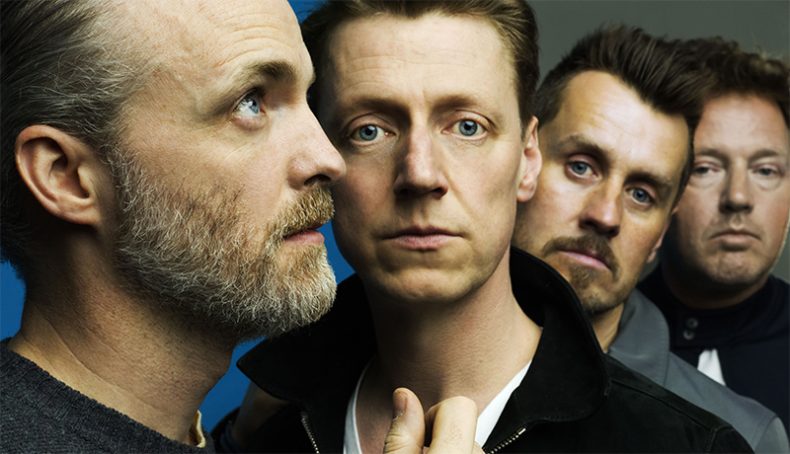 MUSIC GROWING UP WAS A SHARED EXPERIENCE, I THINK WE’RE TRYING TO GET BACK TO THAT

A LOOK INTO TRAVIS, WORKING AS A BAND, AND THE STATE OF MUSIC WITH GUITARIST ANDY DUNLOP

Early summer 1999, Scottish rock band Travis was ready to take the stage at their first run of Glastonbury in South West England.

“We’ve only ever done a small gig before, this was kind of a big gig for us. The first time we were up on the stage, I think we were quite tough on ourselves and we came off the stage and thought it wasn’t that good. I think its because we put a lot of pressure on ourselves” Andy Dunlop, Travis’ lead guitarist recalls.

This year, Travis celebrates the 20th anniversary of its breakthrough with the release of Live at Glastonbury’ 99, in addition to re-releasing expanded editions of The Man Who under Craft Recordings.

[The album] was the first time I’ve listened to it [Glastonbury ‘99] since we did the gig. And it actually sounds really good; we did play well. Because it rained, everyone kind of looked at us like we were passed off because it was raining. It wasn’t until later on that we realized when it rained during the song, it became something more than it was” Dunlop states. “Suddenly from that point it [The Man Who] started climbing up the charts again ‘til the end of the summer it was number one.”

Dunlop recollects that it was incredible for the whole band.

“It was great, it’s kind of that thing that’s like (sigh), surreal, you can’t really judge success, but the way you see it as a band– people can sell your number and that but the way that we see it as a band is how many people you’re standing in front of. The feel of it in the room, it just kept getting bigger and bigger and that’s a huge part of it, physically.” 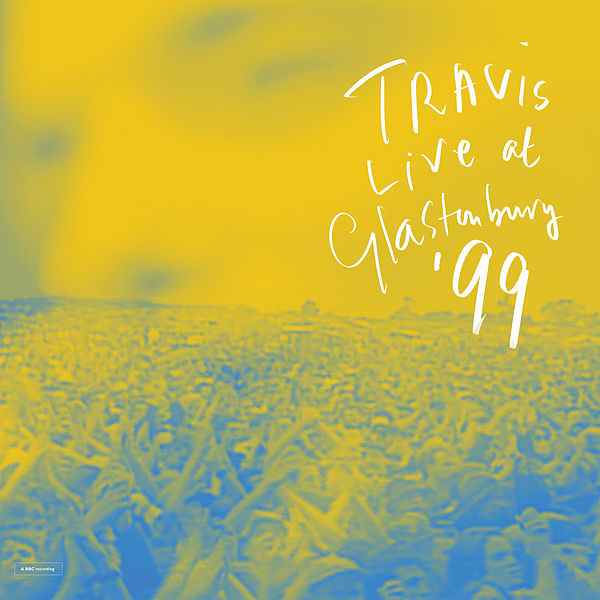 Nearly 300 shows a year followed that moment. Travis’ success skyrocketed into something unfathomable by the band.

“Its one of those big things that was like a spark, its like it was mixed with luck. I always compare it to building a bonfire, you build it and you need a little spark and you don’t have a lighter, but you need that spark. So its like you’ve done all the work but you cant light it yourself without that spark to start the fire”.

And Glastonbury was just that — the spark that Travis needed to take them to monumental success. Now 20 years later and the band is still present in the music scene; all with its original members.

“We just hate each other as much as we ever did.” Dunlop laughs. “No no, it’s just kind of one of those things, that you know, we were actually friends before we were a band. It’s funny, say we were playing a lot last year but we haven’t played this year and we hardly see each other when we don’t play. It’s kind of like you go home, you do your family stuff and all. When we get together again, it’s like back to where we are, no time has passed, and that says it — it just works that way” Dunlop states.

“We spent so much of our lives together in hotels and busses and when we first moved into London, we used to live in the same house together, so we know each other inside out. It’s like a respect for each other, not pressing each other’s buttons. You see so many bands in fights over the writer or something and there’s no point in this. Why cause arguments. Touring is high pressure, you’re with each other an awful lot and I think you’ve just got to try and make that as easy as possible, and that’s where the respect comes in. When you see someone and they need their space and they need some help and you have to do that.  I supposed it’s the same in anyone’s place really.”

Dunlop says that mutual respect and space are what the band attributes to being able to stay together for such a long period of time. Not only have the members of Travis stayed the same, but the stage crew has also been with them for many years as well.

“We’ve had the same crew for 20 years and like us with our band, if we’re being an asshole they’d come up to us and tell us. It’s having that close-knit thing that you can look after each other”

“When you listen to an album,
its like sitting down to a nice planned meal.”

Given the changing times with music, how music is created and how it’s accessed, Dunlop articulates that it needs to be curated and move away from being a lonesome experience.

“When I was young, you had three to four records and that was it. Your friends would have three to four records and you would share these experiences and you’d take your records out to them and they’d play you theirs, and it was a shared experience. And now if somebody goes on Spotify, it’s a very solitary experience. When you listen to an album, it’s like sitting down to a nice planned meal, sometimes where you go on Spotify, it’s like going into an aircraft hangar with all things available and you just end up eating a little bit off of each plate, and it doesn’t make much sense.”

Dunlop recalls the days when radio shows would play new albums for its listeners, telling them “here’s 10 things this week that might not be the easiest to listen to, they might take five listens before you love this”.

The way listeners are accessing not only music, but also goods are changing, and Dunlop states that the generation now is starting to realize what objects hold importance and will make a return.

“The whole thing around purchasing it and opening it [records], it’s not lost, it’s just music has taken a bit of a side at the moment and I think we are slowly getting back to that in some way. I think we’ll go back to physical objects and sharing things in a different way rather than digital sharing, because that it itself, it just doesn’t feel the same as standing with someone and sharing something.”

Music is all about experiences, the way it makes you feel, and there’s nothing better than sharing your favourite tune with your best bud, or the random guy beside you at the festival. Dunlop’s positive outlook on the future of not only music, but society as a whole is not only uplifting but encouraging to us all.

“Community is key” he states, “build communities, not borders”.

After borrowing her parents’ 35mm Yashica film camera and never returning it, Kristen discovered her love for photographing artists, particularly live performances. She spends her free time playing with her golden retriever and buying too many plants that she doesn’t have room for.
RELATED ARTICLES
craft recordingsfeatureslive at glastonbury '99
10

by Bryan Williston on May 14, 2021
John Linnell State Songs (Expanded Edition) Craft Recordings We have seen a number of reissues of late. These events usually coincide with a landmark anniversary of an [...]
8.0

by Aaron Badgley on December 18, 2020
George Thorogood And The Destroyers Live In Boston, 1982: The Complete Concert Craft Recordings George Thorogood has been making music [...]
8.0