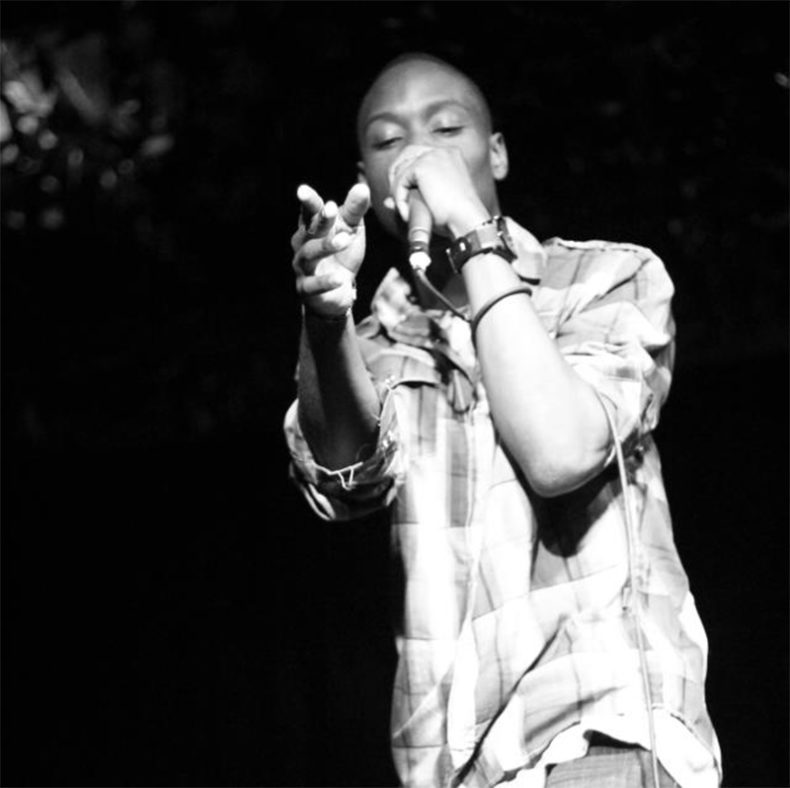 A CONVERSATION WITH MR.A THE MARTIAN

With progress in the digital world and technology, underground and indie-produced artists have perhaps never had a better chance at exposure. Platforms like SoundCloud have allowed for a widespread emergence of self-produced and published hip-hop and rap, making it easier than ever before to discover hidden gems among the industry.

Mr.A the Martian, also known as Marvin Appiahene-Afriyie, is a 22-year-old rapper from Brampton, Ontario who undoubtedly qualifies as one of these hidden gems, with talents and efforts that remain far too underrated. He describes his latest project, Martian Vs. Thyself, as “a therapy session of how I have dealt with my struggles”. Therapeutic it is indeed, and not just for the artist himself: Mr.A takes the listener on a journey, baring his soul in order to communicate his story. “This isn’t just an album, but more so my mental process on how I deal with life, love, and WHY I am the way I am”, Mr.A says. Fascinated and intrigued by the layers of meaning and themes in Martian vs. Thyself, I caught up with Marvin in order to understand more about the person and process behind this creation.

“This album is for my own sanity and creative process. It’s not only an extension into who I am but also a personal journey and understanding for me”, says Mr.A on the subject of the album. “I generally try to tell a story with my projects in general. A lot goes behind an album that grants satisfaction. Each aspect of the music comes together to perfectly convey a precisely chosen message or story. A typical session for me would go based off what I would want to address about a certain topic or what I’m going through myself.

“What I do in terms of creation is trying to convey the overall atmosphere of the project by picking what I want to talk about. I try my best to write and create a beat that would convey the story that I’m trying to tell best. That would be the most difficult part of my day. Picking what to talk about. Creating the beat for it comes naturally after that because I would develop the story and making the music to go along with that comes easier.”

With a story as close to the heart as Martian Vs. Thyself, not a single factor can go amiss, including features like the album art that capture the essence of the project. 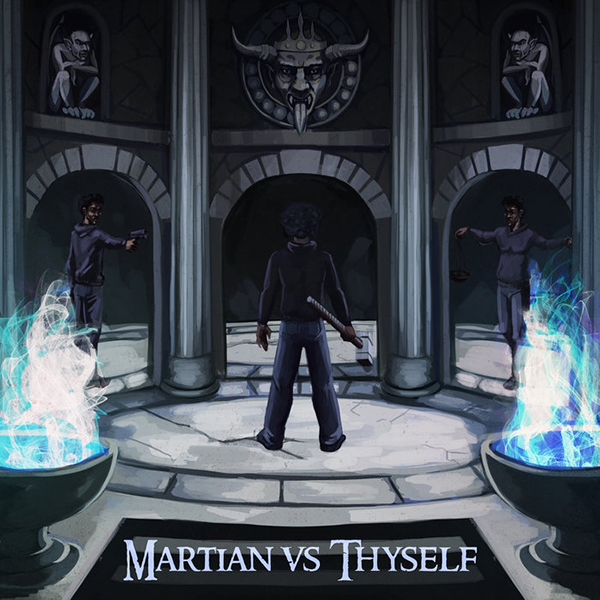 PURCHASE MARTIAN VS THYSELF VIA ITUNES

According to Mr.A, “The art depicts perfectly what the album is. Versing yourself and facing who you are and coming to terms with that. I wanted to go with the two alter egos having a stand-off against me because that’s what I was feeling would best portray the image of mental health issues to those who wouldn’t know. A constant battle with yourself”.

Of course, Mr.A is not the only artist who has mustered the courage to address darker themes concerning mental health through his music. The recent times have seen an increase in acknowledgement and awareness of the importance of issues related to mental wellbeing, especially in underground and alternative hip-hop.

“I feel this [awareness] is going to continue to grow. It’s great that there’s a discussion happening around mental health and how we can better ourselves as a whole. I’m trying to help continually grow that awareness. As far as how great the reach that this will have with my album, I hope it reaches whoever needs to hear it”, Mr.A says.

As an individual and as an artist too, self-growth and betterment is often a primary focus. Mr.A’s determination shines through as he addresses his goals for the coming year.

“I want to challenge myself musically as an artist and as an engineer and producer. I won’t just be sticking to the conventional sound of Hip-Hop and Rap but branching out into different genres and just different sounds. I want to improve on my music and my mixing so the best way to do that is to continually challenge myself by trying out new genres and new techniques”.

Along with the determination to improve his art, Mr.A has the motivations of his dreams and passion to help him continue moving forward. Prompted to share these, he spoke about his aspirations for the future: collaborating with the likes of Kendrick Lamar, Anderson .Paak and Serious Klein, and of course touring. He also says,“I would love to headline my own tour. Of course. That’s been a dream of mine since I started making music. One place that I always wanted to perform at would have to be Madison Square or SOHO, just any festival”.

It’s evident that 2019 is going to be a big year for Mr.A, starting off with the release of one of his best works yet, only to continue adding to his repertoire. It will be exciting to see the shape his career takes in the future, moulded by the brand of artistic ability and creativity that makes the industry a great place to be.

Stan is a metalhead, musician, and freelance writer (for hire!) In that order. Yes, looks are deceiving. No, metal is not (all) about Satan.
RELATED ARTICLES
bramptonfeaturesvoices
5.0