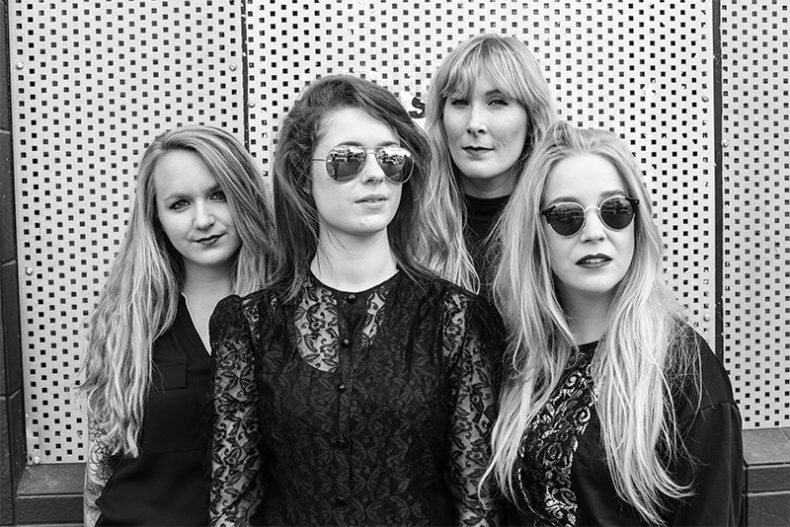 A CONVERSATION WITH BASSIST ZOË BIGGS

The Franklys are a four piece band made up of guitarists/vocalists Jennifer Ahlkvist and Fanny Broberg (from Sweden) and bassist Zoë Biggs and drummer Lexi Clark (from East Anglia). Their debut album, Are You Listening is out on June 23, on Hälta Hälta Records. I had the opportunity to put some questions to the band, and Zoë was kind enough to discuss the band and their new album.

The band came together, even though the four members are from two countries. “Jen and Fanny are school friends from Sweden and have been playing and making music together for years. Once old enough, they made a joint decision to move to the UK to pursue a career in music, where they met me and then later Lexi, who was put in touch by a mutual friend.”

And the name. I must admit, the first thing that came to mind was the old Smiths song, “Frankly Mr. Shankly”. But the band came up with the name for a simple and sensible reason. “We’re pretty frank, so it kinda came from that!” 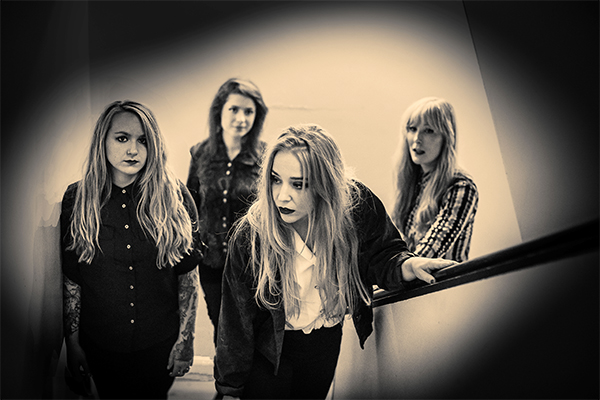 With a name like that, the only result is a strong, smart, talented, all female band. The band does not like the “girl band” label, “we hate that term”, but understand that it is bound to happen, given their line-up. Unfortunately, the music industry is still SO biased against women in bands, especially ‘girl bands. You almost have to work twice as hard to prove yourself and to be taken seriously.”

Nonetheless, the band  has continued performing and recording. The end result is the release of their debut album. Are You Listening is an album that is difficult to pigeonhole and categorize. “We don’t particularly fit in anywhere; we never have done so but that’s ok with us”. But it is a strong album and one that the band should be proud of. It is also an album that should attract a great many listeners. The band is not looking to set the world on fire, but rather they have very clear goals for the album. “We obviously want the listener to enjoy our music and fall in love with it! We want to inspire people”, says Zoë. But in order to get people to fall in love with it, it has to be heard.

“Radio play is always helpful, but we believe that playing live and touring is the best way to get attention, especially if you secure a support slot on a big tour. Press is extremely valuable as well, however a lot of press doesn’t go to print anymore, it’s all online.”  And for the band, as much as they love recording, playing live brings them a great deal of pleasure. Says Zoë, “Playing live is all about the initial buzz, feeding off the audience and interacting with each other on stage.” 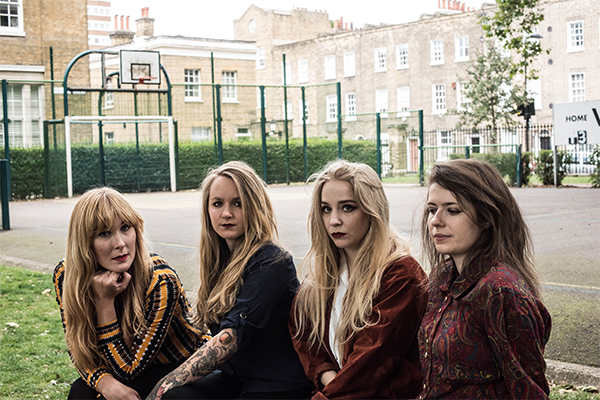 The band had some help with the album. Jimmy O and Mikey Sorbello (of The Graveltones) co-produced the album with Sean Douglas and the band themselves.  According to Zoë, “Our main challenge was to try and capture our energy from our live shows and put it on to record… we had a lot of great guidance recording the debut album. The process was quite long, but truly worth it for what we have achieved. The title was originally an inside joke. Fanny was explaining something to Lexi and she wasn’t particularly paying attention, so Fanny shouted “ARE YOU LISTENING?” – it made us all laugh and became an ongoing thing at band practice. When thinking of the album name Lexi suggested it for a joke and it stuck.”

The band wrote the songs and had a great deal of control over the project. “Quite often one of us will bring an idea to practice – a riff, some lyrics, melody, a beat, etc, then we go from there. Other times, Fanny or Jen will come to practice with guitar and vocals and we add drums, bass and re-arrange at band practice. Or on occasions we will just jam until we come up with something we like.”

The band is getting set to tour and promote the album, and if this debut album is an indication, fans are in for a solid show. The band plays their music hard, and have some intense lyrics. They have something to say, and they are going to say it, or rather sing it.

Zoë has the final word about the band, “Ultimately, we are great friends making music, creating irreplaceable memories, sharing incredible moments and achieving things we’ve always dreamed of. It obviously goes deeper than that though. We are so passionate about what we do. We are proud feminists and believe in working together to create a fair playing field, especially in music.”

Born and raised in Whitby, Aaron discovered music through his love of The Beatles. This led to a career in radio, writing for various publications, and ultimately a radio show about The Beatles (Beatles Universe), which ran for over four years. When not immersed in music, Aaron enjoys spending time with the loves of his life -- his wife Andrea, and daughters Emily and Linda (all of whom have an intense love of music too).
RELATED ARTICLES
are you listening?castawayfeatures
8.0