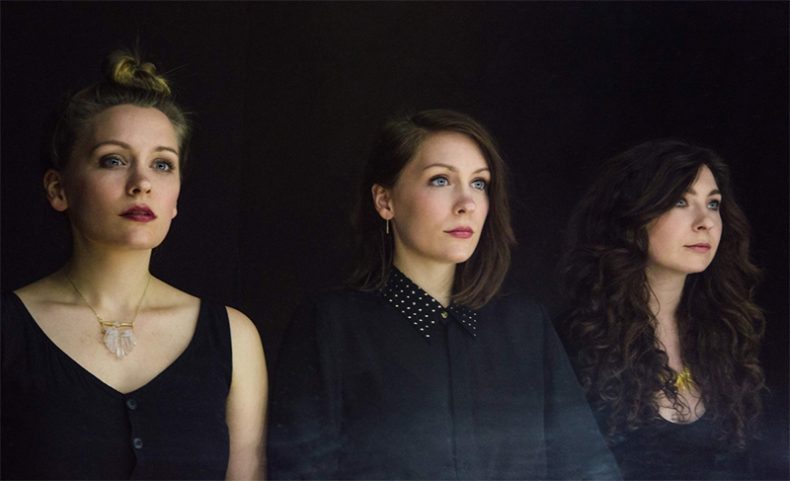 I’M ALONE, NO YOU’RE NOT

AN INTERVIEW WITH NATALIE CLOSNER OF JOSEPH

Joseph is the #SpotifySpotlightArtist and sister trio from Portland, Oregon. If you haven’t heard its hit anthem, “White Flag,” do yourself a favour and download it. Actually download the entire album – it’s the perfect soundtrack for a road trip or inspiring, self-reflection.

Natalie Closner, the eldest sister of Joseph, took my call before the trio’s sold-out show at Nashville’s Mercy Lounge. We discussed her start in music and Joseph’s first album release with ATO Records, I’m Alone, No You’re Not. The band just kicked off a North American and European tour August 27, 2016 performing with James Bay and Michael Kiwanuka. Joseph plays Toronto’s Great Hall on October 25, 2016.

Joseph is comprised of eldest sister, Natalie, and her younger twin sisters Meegan and Allison. The trio’s lush vocal harmonies are described as “honest words and genetically perfecting harmonies,” and they been praised by many, including NPR and Bitch magazine. Joseph formed only two years ago after a 30-day, 30-show private “living room” tour that they booked through NoiseTrade. The buzz created from this tour caught the attention of various US music executives who courted the sisters with record deal offers.

“It was like dating again,” Natalie laughs when describing their multiple offer-dinners by various labels. “We went with our gut instinct and the label who was most passionate about our music. [ATO] has been such a good partner. I’ve learned so much. They are really personable and down to earth.”

Natalie initially started out as a solo musician, performing “very derivative works” by artists she admired.

“I started writing in my senior year at college after being floored by friends who were songwriting there,” Natalie recalls. “I was encouraged by my father [a Jazz singer] who said, “why don’t you go across the country and perform? We’ll contact everyone we know to come out and support you.”

Despite tremendous family support, Natalie admits to being called out by a good friend who told her that she “needed to feel compelled to do her own thing [musically].” After spending a summer working in Nashville at The Spaghetti Factory and interning at a small, family-owned recording studio, Natalie honed her songwriting craft and learned guitar. 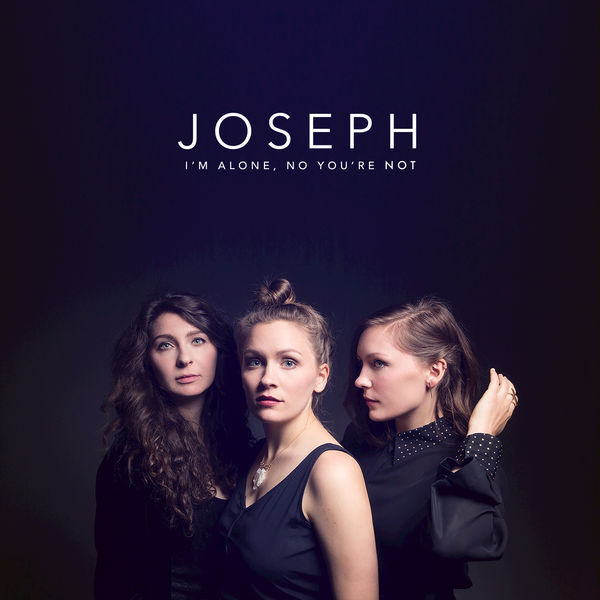 PURCHASE I’M ALONE, NO YOU’RE NOT VIA ATO RECORDS HERE

“I saw the dark side of music industry there — those whose music career didn’t take off — but like L.A. and New York, there’s the hard [side of the industry] and the sparkle and magic and excitement about what happens. I saw that there is a way to make it good.” And good she found. Upon returning from Nashville, Natalie released an EP on her own and toured the US solo for two years before turning to her younger, shyer sisters.

“They always gave me the spotlight. I knew Meegan and Allie could sing but I didn’t know to what extent, as they were really shy growing up. Our dad is in a Jazz vocal ensemble and we’d hear him singing these intricate, precise harmonies. I also distinctly remember the first time a neighbor was harmonizing and I wanted to try it.” When she started singing with her sisters, the harmonies

that Joseph’s signature sound is known for just flowed. “It comes really naturally for AlIie and Meegan.”

Natalie says Joseph writes as a group and discusses how her sisters have “amazing instincts” in songwriting – one song, Honest, blossomed into the title of the album:

““Canyon” I wrote by myself and it follows a natural pattern for me with clever metaphors but Meegan came to the table one day with literally a journal entry of her own thoughts being sung over one plucked guitar string: “I can’t say a true thing. It’s hard to be that honest. I know you’re not asking. But I told you that I promised. There’s always two thoughts. One after the other: I’m alone. No you’re not. I’m alone no you’re not.” I was just leveled. I never thought that such a raw, true thought could be a song.” Natalie added another string to the arrangement and the song took off.

The sisters have a wide and diverse array of eclectic musical and other tastes that are outlined on the band website. Natalie admits she is influenced by Ben Gibbard from Death Cab for Cutie and Ray la Montagne, but also “many musicians who I am still discovering.” Meegan’s favourite albums include Bear’s Den’s Islands and Allie’s are Carole King’s Tapestry and Copeland’s You Are My Sunshine.

Joseph is “trying to write as much as possible (on the road) to avoid the pressure” they experienced writing I’m Alone, No You’re Not. “We only had two finished songs when we got our record deal, and we’d like to avoid that again,” Natalie says. Joseph hopes to have another album out as early as next fall, but with the dizzying tour dates ahead of them, it’s hard to know when they will be in the studio again.

“This is the longest tour we’ve done – three and a half months. It’s been an amazing tour. We are supporting James Bay and I have to say it was such an amazing experience. We got to play at radio hall and James has amazing fans who were really attentive to us.”

Joseph plays The Stephen Colbert Show next week, the trio’s second late-night appearance, along with a host of sold-out shows. Still, with only half the tour done, the highlights for Joseph are many.

“To return and play a sold-out show in Nashville, where I interned and studied the craft, is just amazing,” Natalie beams. But she is also excited to return to Toronto, a city she loves, after playing The Drake Hotel basement – one of her favourite gigs. “I’m such a sucker for good aesthetics,” she recalls, sharing how the Drake Underground gives musicians drink tickets that say something along the lines of ‘for liquid courage.’ “They have these little details that are amazing,” Natalie says Be sure to catch Joseph at The Great Hall October 25, 2016 as they are likely to be playing a much bigger venue upon their next return.

Talia Wooldridge is an avid music lover, composer and ethnomusicologist who contributes artist interviews, live concerts, festivals and album reviews for Spill Magazine. She has written extensively on the intersection of music, personal identity and cultural symbolism with an early focus on Latin American Hip Hop and female Cuban rappers. In her spare time, Talia writes, composes music and manages Music Can Heal, a non-profit that brings live, award-winning musicians to inspire healing in hospitals, hospices and communities in need. Her next project is an interactive music-travelogue exploring music cultures and music travel around the globe. Follow her here: www.taliawooldridge.com + www.movetoyourownbeat.com.
RELATED ARTICLES
allison closnerato recordsfeatures