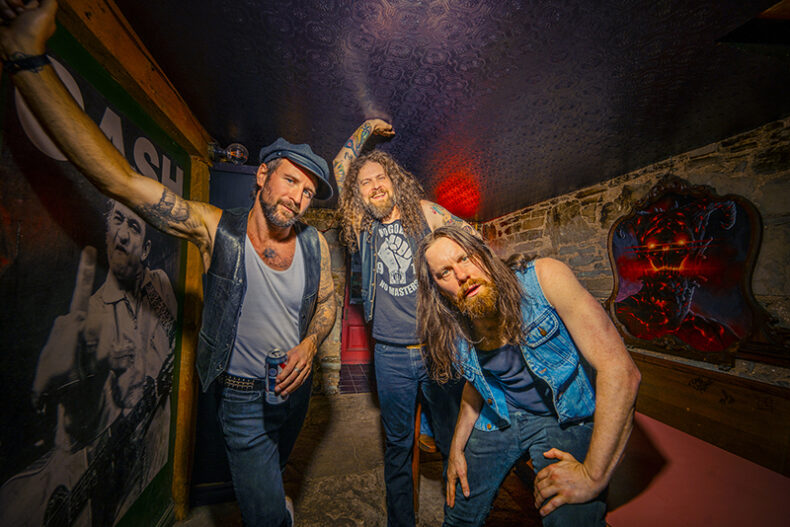 A CONVERSATION WITH JON HARVEY OF MONSTER TRUCK

Currently in the midst of touring the UK, Hamilton, ON rock veterans Monster Truck have released their fourth album — the first since 2018 – Warriors. Speaking about the making of their latest album, lead vocalist and bassist Jon Harvey remains excited, not only by Warriors, but also all he and Monster Truck have achieved since breaking onto the scene in 2009.

Front to back, Warriors is an absolute rocker of an album. Monster Truck has assembled a collection of ten, hard-hitting songs that act as a more than welcomed addition to the Monster Truck catalogue. The writing behind the record goes back quite some time, with Harvey explaining, “it was really spread apart; for instance, one of the tracks, “Fuzz Mountain”, I wrote four or five years ago, before we even decided to start working on this record. A lot of these songs have been here forever.” Given this timeline, this puts the writing of “Fuzz Mountain” around the making of their last album, True Rockers, “I’m always creating stuff. I cant stop.  I wrote “Fuzz Mountain” right after we got back from North Carolina from recording True Rockers. I felt like I needed to do something heavier and different. That song came out of that – the version that’s on the record is strikingly similar to that first demo we ever did.” 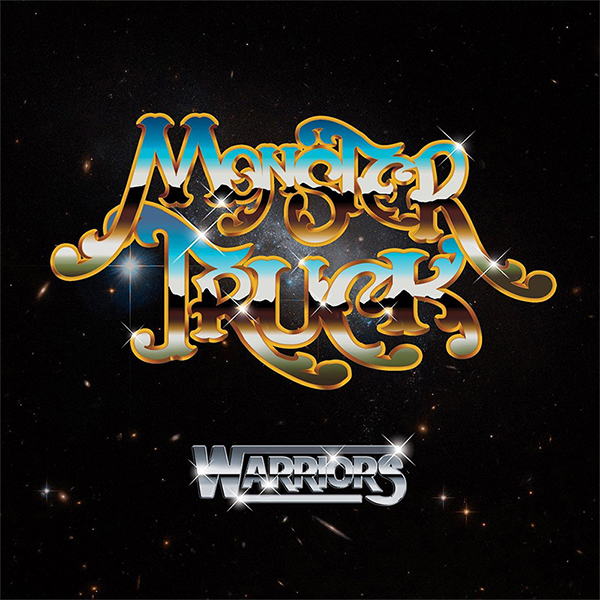 Reflecting on the long wait for new music from the Truck, Harvey continues, “We take our time until things are right and then we do what we feel like we should. With this record, we recorded half of it before covid, then covid hit and we had beds done – it was slow. We had to wait for lockdowns to ease up, go in and record a few things, then they’d lockdown again.” The start and stop process behind Warriors did not prevent the record from sounding cohesive, rather it gave the band time to home in on delivering that pure, unadulterated Monster Truck vibe. Harvey adds, “It took us a long time. A few songs came out of that period, and we had a real good chance to focus on what we really wanted to do, how we wanted to sound. This album is like a homecoming for our band. I feel like we are finally being ourselves again. – it’s better to just be yourself and make the art you’re gonna make.”

Monster Truck are back with yet another strong record. Warriors, while driven by singles “Fuzz Mountain”, “Golden Woman”, and “Get My Things & Go” – the latter standing as one of the finest tracks on the album, and dark and gritty blues track that makes for an instant hit for the band – is an album you’ll throw on loop. From non-singles like “Live Free” and “Wild Man”, Warriors is a killer album with really no filler to it.

A passion for music has always been a part of Gerrod’s life. As a young boy, he was raised on a steady diet of the music from The Chili Peppers, Aerosmith, The Stones, Prince, and others from his mum. Raised in the GTA, Gerrod continued to foster his love for music by attending a wide range of concerts and learning the drums. His unapologetic passion for music has no bounds and has spread to a wide variety of styles, whether it be the 90’s rock that sound tracked his teenage years, the jazz he studied in university, or his newfound love for hip-hop. He recently received his bachelors in music and education from York University and is passionate about writing and reviewing good (and less than good) music. Gerrod is also the drummer and songwriter for a Toronto based rock & roll band, One In The Chamber.
RELATED ARTICLES
bmgfeaturesmonster truck
8.0

by SPILL NEW MUSIC on October 1, 2022
IRON MAIDEN NEW TRIPLE VINYL RELEASE TO COMMEMORATE 40th ANNIVERSARY OF SEMINAL ALBUM THE NUMBER OF THE BEAST PLUS BEAST OVER [...]
7.0