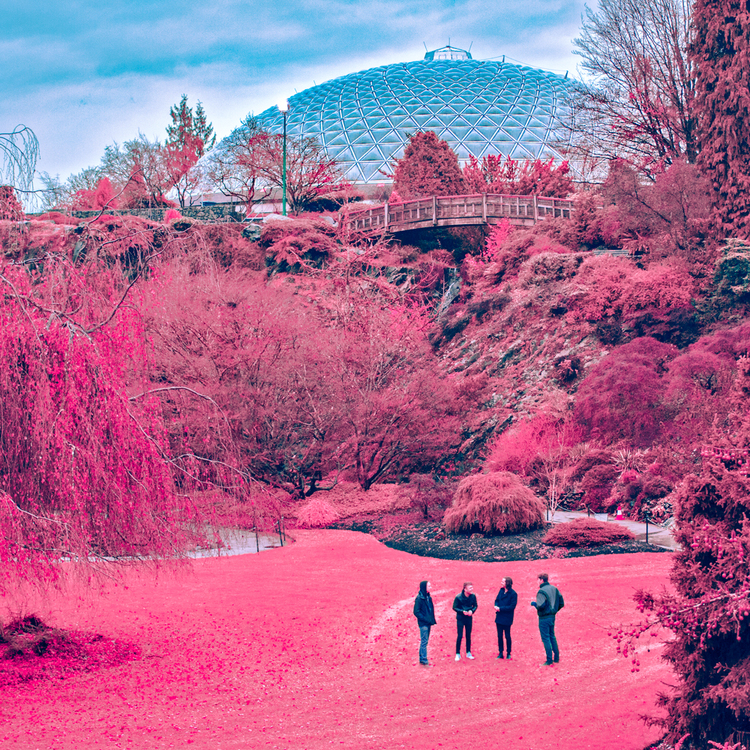 CANADIAN TOUR SOON TO BE ANNOUNCED

Vancouver’s prolific indie-pop band The Zolas return in new form. Original members Tom Dobrzanski and Zach Gray are now joined by Cody Hiles and DJ Abell for their self-produced third studio album Swooner set for release on March 4th via Light Organ Records.  The record marks a major departure from both the cabaret rock of 2009’s Tic Toc Tic and the atmospheric minimalism of Ancient Mars. This time around, the band dove headlong into vibrant, experimental pop, showcased by stirring modern production.

Swooner is highlighted by flashes of grungy hard-panned guitars, Prince-like synth flourishes, eurodance vocals, electric pianos and arpeggiators, all of which feel shockingly comfortable in their new homes.  Bass textures effortlessly mesh with radiating anthemic vocals in synth-pop hit “Get Dark.” Fuzzed out guitar-riffs drive title track “Swooner” as it builds to an unexpected, energetic chorus.  Moving into “Male Gaze,” an infectious hook-driven track, it becomes clear that The Zolas have emerged at the top of their creative game.

Exploring the balancing act we all reckon with between fun and dread, Swooner “is about how fucked up it feels to step out for a cigarette and a quiet moment at a party, read about disease and climate catastrophe on your phone, finish your cigarette and go back in to dance,” says Zach. “It’s the realest, most fun album we’ve ever made by far.”

Revered for their kinetic live energy, The Zolas are set to kick off an international tour on February 6th which includes a series of appearances at SXSW this spring!

SPILL NEWS strives to keep our readers up to date with news and events in the music industry. We keep you informed of the most recent information regarding new releases, tour dates, and information items about your favourite artists.
RELATED ARTICLES
newsswoonerthe zolas