SPILL FEATURE: HOLLYWOOD COULDN’T MAKE THIS UP: THE STORY OF JACKIE SHANE – A CONVERSATION WITH GRAMMY AWARD NOMINEE ROB BOWMAN 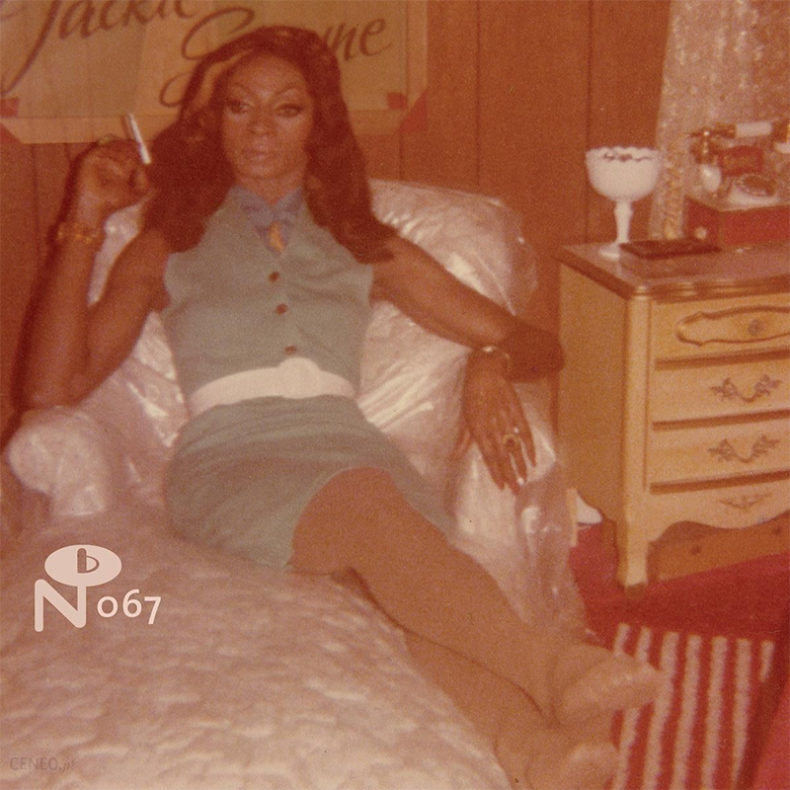 HOLLYWOOD COULDN’T MAKE THIS UP: THE STORY OF JACKIE SHANE

The story of Jackie Shane is truly one for the ages. While her name may only ring a bell for record-collecting soul enthusiasts and for those who were in Toronto in the mid-1960s, her legacy as a soul and social pioneer is as rich as it is mysterious. Unfortunately, very little is known about Jackie Shane. That is, until recently when the reclusive soul singer—who on more than one occasion was rumoured to be dead—resurfaced. With a new compilation entitled Jackie Shane: Any Other Way (released in October 2017 by Numero Group), which features over twenty-thousand words of liner notes from Toronto musicologist and York University professor Rob Bowman, Shane is being heralded by both the soul and LGBTQ communities for her story, struggles, and music.

For his work, along with fellow producers Douglas Mcgowan, Rob Sevier, and Ken Shipley, and mastering engineer Jeff Lipton, Bowman has been nominated for the Best Historical Album at the Sixty-First Annual Grammy Awards—his sixth nomination, having also won the Best Album Notes award in 1995 for his contributions to The Complete Stax/Volt Soul Singles, Vol. 3: 1972-1975. As we chatted about his nomination, it was incredibly apparent that Bowman takes great pride in his work. 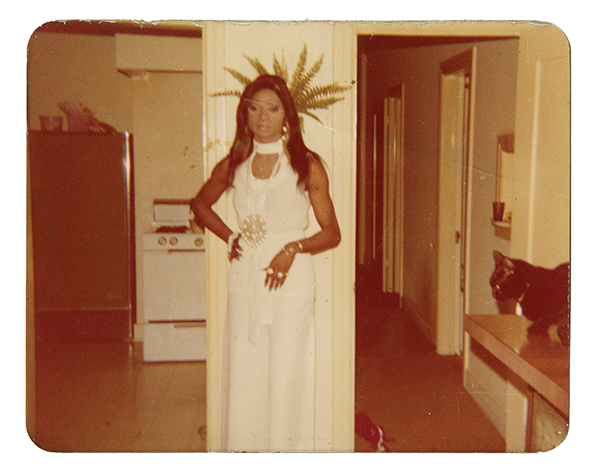 Born a boy in Nashville on May 15, 1940, Shane has identified as a girl since her early teens. She continued touring and performing with a number of artists until she made Toronto her home in 1959, singing for Frank Motley and the Motley Crew. “Of course, at that point people spoke about Jackie as a gay man as opposed to as a woman… nobody understood Jackie as a transgendered individual as that concept didn’t really exist in the mainstream at the time”, says Bowman of Shane’s early career, when she was quickly becoming a hit among the Toronto club circuit, but especially in the underground gay community.

By 1963, Shane had a number three hit on Toronto radio with her brilliant cover of William Bell’s “Any Other Way”, and though she continued performing and recording with Motley for a while—releasing her incredible Jackie Shane Live in 1967—by December of 1971, she had packed her bags and disappeared. Just like that, without telling anyone where she was headed, Shane left Toronto. Until 2017, this was the last time the public heard of Shane. As Bowman tells me, “this is a story that Hollywood scriptwriters would find impossible to conceive”.

As it turns out, Shane returned to Los Angeles where her mother lived. Bowman writes in his liner notes, “born a woman in a man’s body, by the time she retired in December 1971 Jackie Shane had lived a bigger life than most people ever dream of. Content with what she had done, sick of the fake bullshit of the music industry, and tired of enduring the challenges transgendered people experienced every day, Jackie Shane was happy to step out of the limelight”. 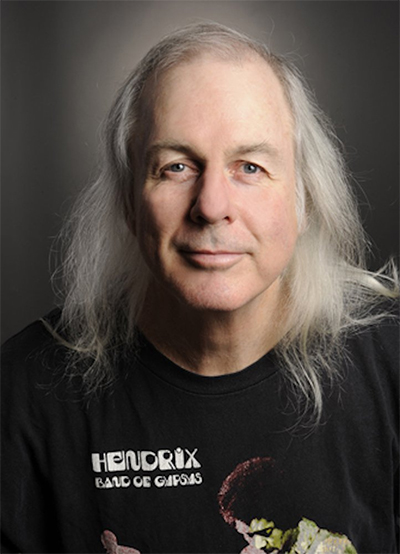 As one could expect, bringing Shane’s story to the forefront was no easy task: “things start to get a bit convoluted here”, Bowman tells me as he explains how Shane resurfaced in the last few years. After listening to a CBC radio documentary on Shane in 2010, British fan Jeremy Pender took it upon himself to track her down. He was successful, and gained Shane’s trust and friendship as he filtered opportunities to her which others hoped she would take. “Jackie is a very private person and she refused them all” Bowman states. That is, however, until 2015 when Pender introduced Shane to Numero Records’ Douglas McGowan in a three-way phone call. Within a year, Shane had signed a contract with Numero with the intent of legitimately reissuing her music. Bowman adds that “this excited Jackie. She had never been paid for her music and the fact that it was widely bootlegged deeply upset her”. Soon afterward, Bowman and Shane were introduced (again via a three-way phone conversation), and despite Shane’s reserved nature, they hit it off immediately through a discussion of gospel music. Her interest was piqued when he mentioned The Caravans, her favourite group, which led to them singing a few lines from the traditional Gospel song, “Mary Don’t You Weep” together.

This is a project that Bowman has wanted to work on since he was fifteen. He reflects that, “I got my first writing job in November of 1971 and Jackie left Toronto in December of ’71; now I never saw her because Jackie was playing twenty-one and over clubs for the most part, but I heard about Jackie Shane. She ruled the club scene for years in this city, had that incredible hit, and then just disappeared; I always thought it would be amazing to find her to tell her story and as years went on, I assumed there was virtually no chance of that ever happening”. Being a very private person, Shane had never given a formal interview before, aside from a quote here and there. As Bowman and I discussed, he conducted over thirty hours of interviews with Shane over the course of months to uncover the truth and give her story the attention that it deserves. 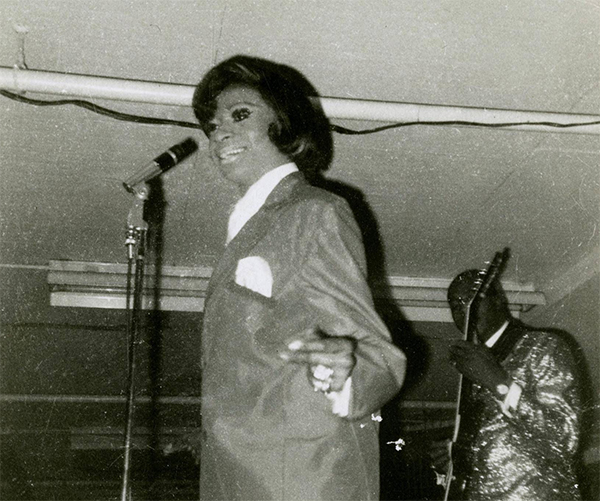 Initially brought onto the project to write the liner notes, Bowman became a co-producer after discovering the original master recordings for a previously unreleased—and largely unheard—collection of live outtakes, from which Jackie Shane Live was comprised. “I noticed about twenty seconds of live material in an interview about Jackie and I didn’t recognize it, so I go to the live album and scour it for this twenty second section. It’s not there. Now apparently, I was the only person who realized this live cut was unreleased. I contacted Library and Archives Canada and low and behold, there the outtakes were. I found three sets there plus the original masters for Jackie’s live album”, he remembers. This added considerably to the length and audio quality of the release. Bowman believes that the project is ultimately valuable as “an important historical document in that it sets the facts straight in the liner notes with her voice all over the notes, allowing for her to tell her own story. It also makes her music legitimately released allowing for Jackie to get paid for her music for the first time and for the most part, it is the highest quality possible due to the masters”.

“There really is a renaissance of interest in Jackie as of late”, Bowman suggests. “Her story is quite incredible in a way that people could not imagine and she’s friends with Hendrix and Little Richard in the middle of it all. Nobody knew any of this stuff”. Up until recently, Shane’s legacy was carried almost solely through those who were present for her performances and by record collectors who coveted the now rare and limited original pressings of her work. “It’s a labour of love that does justice and provides dignity to an amazing story about an incredible soul singer who happens to also be a very brave pioneer of a sexuality that many people didn’t understand during that day and age”, Bowman proudly tells me. Since the release of Jackie Shane: Any Other Way, however, her work has entered the modern spotlight. Her story has since been reported extensively, most notably as the subject of Myseum’s Toronto Stories series. Furthermore, her likeliness is featured in murals across Toronto, making her a symbol of hope and strength to the LGBTQ and Transgender communities. With a potential Grammy forever associated with her work, one can hope Shane’s legacy as a musician and social symbol will only continue to grow.

A passion for music has always been a part of Gerrod’s life. As a young boy, he was raised on a steady diet of the music from The Chili Peppers, Aerosmith, The Stones, Prince, and others from his mum. Raised in the GTA, Gerrod continued to foster his love for music by attending a wide range of concerts and learning the drums. His unapologetic passion for music has no bounds and has spread to a wide variety of styles, whether it be the 90’s rock that sound tracked his teenage years, the jazz he studied in university, or his newfound love for hip-hop. He recently received his bachelors in music and education from York University and is passionate about writing and reviewing good (and less than good) music. Gerrod is also the drummer and songwriter for a Toronto based rock & roll band, One In The Chamber.
RELATED ARTICLES
featuresjackie shanerob bowman