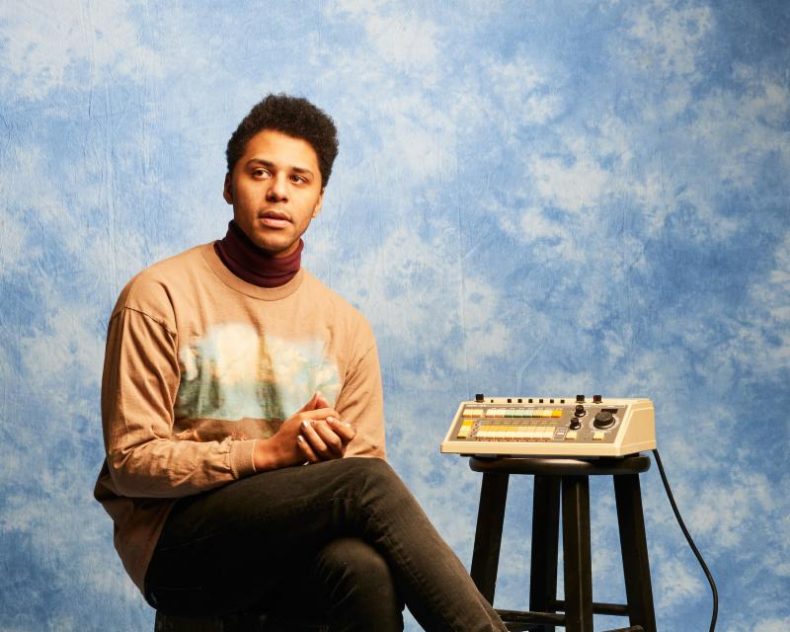 AN INTERVIEW WITH HARRISON

Toronto DJ and producer Harrison dropped out of university after a three-month stint to pursue a career in music; a career that was put in motion when, in the 7th grade, he pulled down the pants of Vancouver-born Seamus Hamilton, the man who is now his collaborator and mentor. On August 6 Harrison will be performing at Time Fest in Fort York, alongside Hip-Hop showstoppers Run the Jewels and his recent touring partner Ryan Hemsworth.

Despite this growing notoriety and the handful of releases under his belt, Harrison is still in the incipient phase of his career. When I called him on the phone, he was wandering around The Beaches, an eclectic neighbourhood in the east end of Toronto. For a moment during our chat he stopped to remark: “The Beaches is full of old white people who look scared for their life any time they see a bit of ethnicity, you know? It’s insane down here. But there are some cool people too. There’s a lot of rich kids, so everyone is dressing really well.” This offhand observation is indicative of both the person Harrison is and the impetuses behind his music: candor and leisure.

He went on to say, “But I’ve sort of liked like the same…sort of funky shit all my life. Like, I didn’t grow up with a lot of ‘80s Electro Funk, but I did grow up with Funk. And sort of…Funky white-guy Rock like Emerson, Lake & Palmer stuff.” He also mentioned a budding love of Hip Hop instrumentals from artists like De La Soul, Nujabes, and then later the more varied, Psychedelic beats of Neon Indian and Toro Y Moi.

At 18, Harrison leapt fully into the churning ocean of prospective musicians, saying “fuck that” to his brief college experience. But roughly two years prior to that crucial decision, Harrison was already “screwing around with [his] friend Seamus” – screwing around, specifically, with Reason and Audacity, two computer programs which are famously cumbersome, highly versatile, and for some, intensely nostalgic.

This nostalgia permeated, for a while at least, Harrison’s musical work. On tracks like “Down B Up B” he would sample Yoshi and Kirby soundbites from Nintendo 64 games – but this has since faded: “I’m happy I did that for those songs. . .but now it’s become pretty overused. I don’t really do that anymore. I’ll like subtly put them in, but I can’t do it as aggressively anymore . . . nostalgia was the point, but now it’s just. . .aggressive to it.”

He still plays his N64 though – and goes so far as to call his collection of games “nuts,” bringing to my attention the exaggerated antics of Blitz: The League, a “legendary, hilarious Nintendo game” – but has now moved to PS4, where not too long ago he connected with fans from Ajax and Pickering that came to one of this shows. “I talk to them every day now” he said with a laugh. “I’ll either practice piano or play games with them.” This level of fan engagement is surely unprecedented in the present DJ industry.

Nostalgia and video games are often associated with the reflective introvert, which makes Harrison something of a low-key renegade. “Recently I’ve been getting my ‘jig on,’ enjoying myself, but like…for a very long time I was one of the people who – the head nodder, you know. Like enjoying it, but not…willing to embrace exactly how I’m enjoying it.” 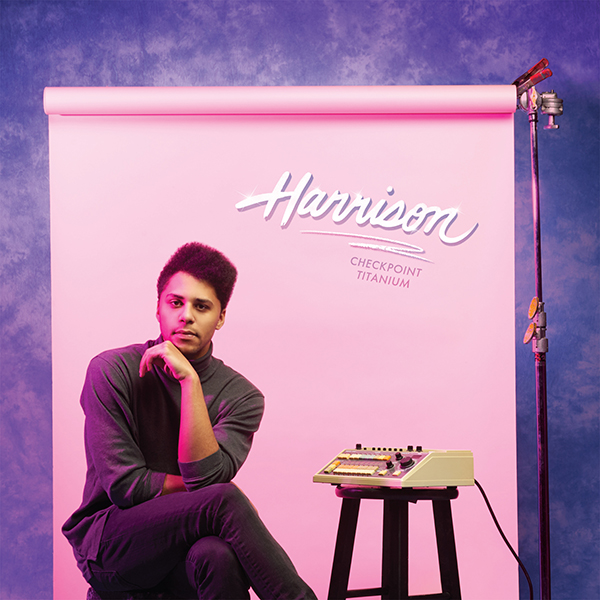 If he had to blame one thing for this transformation, it would be performing live sets, which have allowed him to get into a headspace of comfortably dancing at other people’s shows: “Because I’m so comfortable DJing – I can DJ for however long I want now – because I’m really comfortable, and enjoy performing and DJing that much more, I just enjoy music that much more.”

Perhaps the pinnacle of the modern DJ scene is the Boiler Room set. Boiler Rooms are based out of London and often draw hundreds of thousands to livestream their DJ events (not including the hundreds of lucky in-person attendees). This past February, during the NBA All-Star weekend, Toronto hosted a live set. Harrison was keen about the possibility of doing a Boiler Room set, but expressed some geographic reservations: “I’d totally do a Boiler Room, but I wouldn’t want to do one in Toronto. Toronto has a way of, you know…not dancing.” And in reference to the All-Star weekend set, he noted: “that was a funny one . . .I actually watched it in the group chat; it was pretty rough.”

That funny Boiler Room set seems to have been an extension of the larger trend in Toronto’s current music culture. When asked whether Toronto was a thriving place for instrumental music and DJs, Harrison was quick to reply: “No, not for instrumental music and shit, but just like being an artist in Toronto is good, it’s thriving in general. In my opinion, there’s a lot of eyes on Toronto right now, which is great.”

If there’s one man who’s been the talk of the town, it’s R&B rapper Drake. Harrison was earnest in his appreciation for Drake’s role as global ambassador: “If I could thank Drake, I would thank Drake. He’s brought so much attention to the city. I love this city, I love Toronto. Of course there’s people who step on each other’s feet but I think that’s just the industry, right? I’m sort of happy I can’t rap or anything like that…I can’t write about anything…I’m gonna write about the green tea I had this morning or something.”

And it’s not just the international, celebrity-facilitated spotlight that Toronto currently enjoys – there are plenty of resident musicians that Harrison was quick to laud – Toronto metal band Cellphone in particular.

His new album is out on September 9, and features collaborations between Ryan Hemsworth, Young Guv, and Seamus Hamilton – the same Seamus Hamilton whose pants-pulling tipped the first domino in Harrison’s musical foray. On the new album, titled Checkpoint Titanium, there is a track by Seamus. Harrison fondly recalled their collaboration:

“Working with Seamus is nuts. He’s crazy. The new song is really dark…it’s Seamus more than me. I think it’s super cool, but it’s basically just a Seamus song on my album. It’s about a hard time he was going through in his life…I was just in it for the ride.”

In the meantime, Harrison says, he will keep “working on music, practising the piano, and staying in the Canada region, until the album drops with shows and stuff. But I’m hoping. . .everything works out.”

Even thought he might’ve slept through last year’s Time Fest, Harrison will not be missing it this time round. His set will include mostly House music, and, as always, his mission statement remains the same: “I just want people to be happy is all.”

Be sure to catch Harrison’s set at 2:30pm this Saturday, August 6!