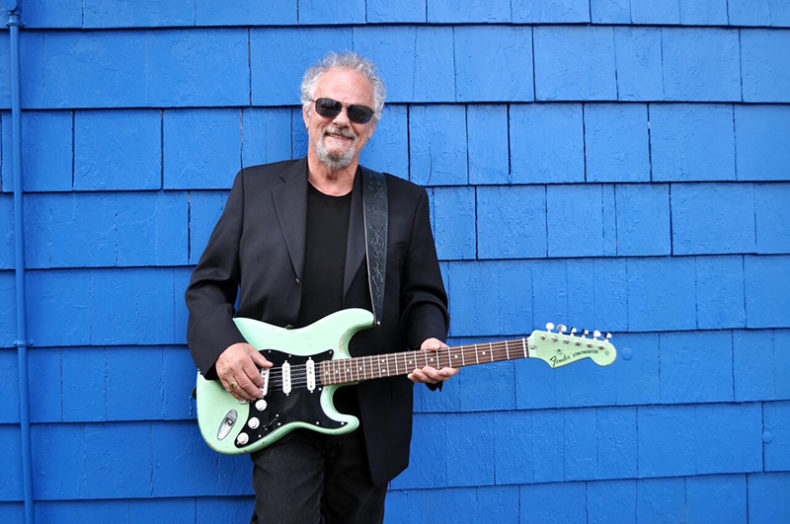 HAPPY TO SING THE BLUES

A CONVERSATION WITH MYLES GOODWYN

Where does one even start when writing about Myles Goodwyn? He has been a huge presence in the music scene since the early 1970’s, writing, producing and performing some of the most memorable songs over the last five decades as part of April WIne. The hits are numerous, “Forever For Now”, “Just Between You And Me”, “If You Believe In Me” and “You Won’t Dance WIth Me” are just four of the 19 top 40 hits. Not to mention their classic albums Harder…Faster, The Nature of The Beast and  Back To The Mansion.

Goodwyn is taking a break from April Wine and releasing his second solo album this month. The album, Myles Goodwyn And Friends Of The Blues, is his first solo album since 1988’s Myles Goodwyn.

“I did a solo album a million years ago. It is complete freedom to do something solo as opposed to an April Wine album, so there is no pressure,” Goodwyn reported during our recent conversation. “April Wine is not a blues band so I invited some friends. April Wine has done somethings with a breath of the blues. Look at our cover of The Beatles “Tell Me Why.” I came up with a blues tempo, late at night and recorded a bluesy cover of that song.” 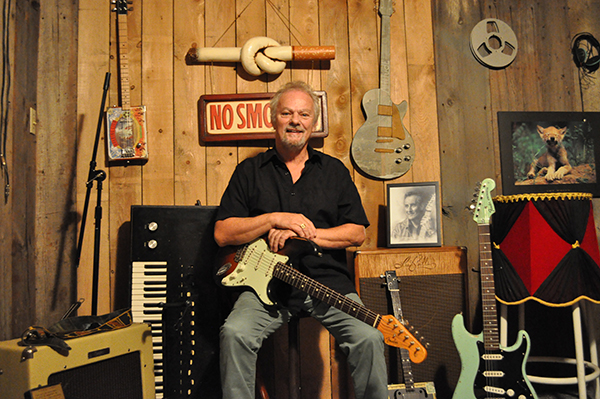 Goodwyn has always been a fan of the blues, so it is not surprising that he has recorded a blues album. He has also called in some blues heavy hitters to add to the sound of the album. Appearing on this album are Shaun Verreault, Bill Stevenson, Garret Mason, Amos Garrett, Joe Murphy, Jack de Keyzer, David WIlcox, Kenny “Blues Boss” Wayne, Rick Derringer and Frank Marino.

“I wanted to get great blues players for this album. People had to be qualified to play the blues for this album. Everyone on this album meets the requirement. So people like Derringer qualified, with the work he has done with Edgar WInters. Frank Marino is very smart and an excellent player. There is a song on the album “Tell Me Where You’ve Been (So I Don’t Go There Anymore”) is a tribute to Fats Domino, who died recently. So I asked Kenny “Blues Boss” Wayne can you play like this, like Fats. And he made the song swing.”

As noted, this album has been in the works for many years. Although Goodwyn has been a fan of the blues for many years and the music has been an influence on him, the genius of the project seems to be some personal issues that Goodwyn faced in 2007. 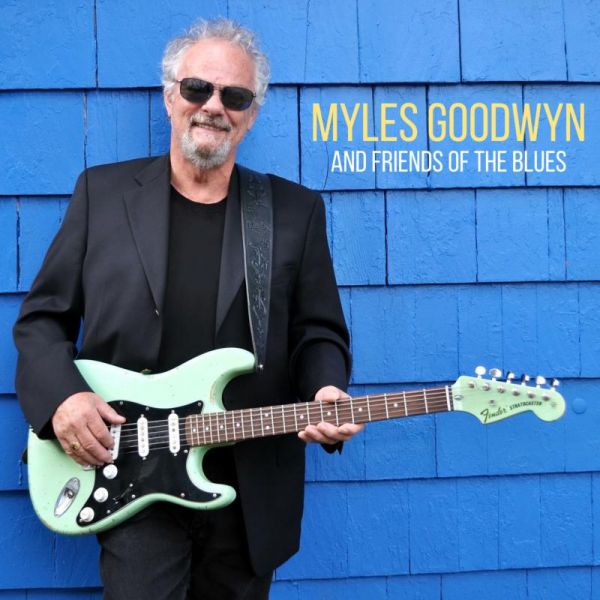 MYLES GOODWYN AND FRIENDS OF THE BLUES ALBUM REVIEW

“In 2007 I experienced some horrible things. It is all documented in my book Just Between You And Me A Memoir,. But in 2007 I nearly died. I was on my way to the airport to accept an award and I passed out. Turned out I had internal bleeding from noads in my throat, and the doctor said if I had not come to the hospital, I would have died the next day. So during three months of rehab you realize how fragile life is and I had wanted to do a blues album for so long so I figured I had better get on with it. I have worked really hard on this album and I took my time. The blues is timeless music, so it did not have to be done quickly. “Also in 2007 I was diagnosed with diabetes and I got divorced, all within three months. I did not attend self-help groups, or talk or complain on social media, or go online trying to find an answer. I just figured it out. I sat by a tree by a river and all the words started. This became “Weeping WIllow Tree Blues”. David Wilcox plays acoustic on that one.”

All the songs on Myles Goodwyn And Friends Of The Blues are written by Goodwyn, with one exception “Isn’t That So”.

“”Isn’t That So” is a song by Jesse WInchester, but I did it my way. If you are going to do somebody’s song, you should put your own spin on it. Like no one should do a Beatles song unless you can do something different with the song.”

At this stage in the game, Myles Goodwyn has nothing left to prove. He has had tremendous success with April WIne and as a solo artist and author. His autobiography, Just Between You And Me: A Memoir was a commercial and critical success, and later this spring, his first novel, Elvis And Tiger will be released. 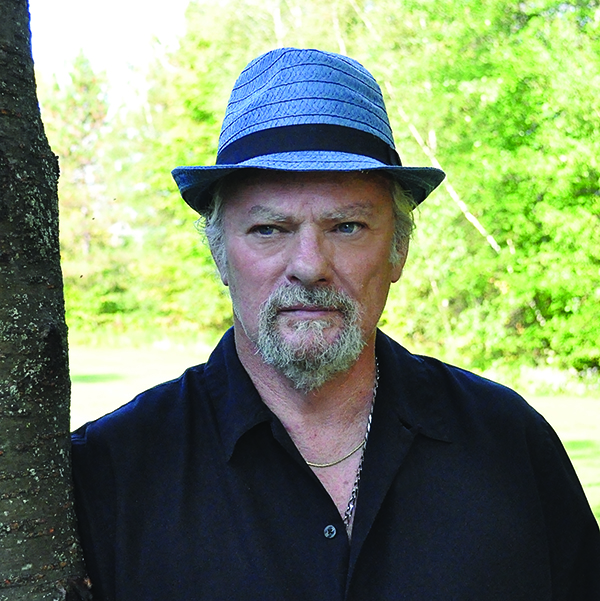 “Elvis and Tiger was actually finished before Just Before You And Me, but the publishers wanted the memoir first,” remarks Goodwyn.

Myles Goodwyn And Friends Of The Blues is an album that Goodwyn has wanted to make and he has spent a great deal of time on this album. He has every right to be proud of it, as it is not only a brilliant blues album, but just a brilliant record.

“I worked very hard on this album. There is not a throwaway line on the album. It is ‘The Blues” but there is still humour on the album, some of the humour is very dark, but it is there. Also on this album I was able to sing in a lower range. I can still hit the higher parts in April WIne songs, but I will be able to sing these songs when I am 85”

Ringo Starr once wrote, “Got to pay your dues if you want to sing the blues…” Goodwyn has paid his dues. The new album Myles Goodwyn And Friends Of The Blues has been a long time in the making (a decade) and it has been well worth the wait. Goodwyn has produced an excellent work here, and it is something that he should be very proud of. It is an authentic album, and a real blues album. He feels every word he sings he is singing and evey note he plays.

“This is not a bullshit project. I have had my share of the blues.”

Born and raised in Whitby, Aaron discovered music through his love of The Beatles. This led to a career in radio, writing for various publications, and ultimately a radio show about The Beatles (Beatles Universe), which ran for over four years. When not immersed in music, Aaron enjoys spending time with the loves of his life -- his wife Andrea, and daughters Emily and Linda (all of whom have an intense love of music too).
RELATED ARTICLES
april winefeaturesi hate to see you go ( but i love to watch you walk away)

by Aaron Badgley on October 25, 2019
Myles Goodwyn Friends Of The Blues 2 Linus Records Last year Myles Goodwyn released a hugely successful album, Friends of The Blues. On it, Goodwyn explored his first love and [...]
8.0