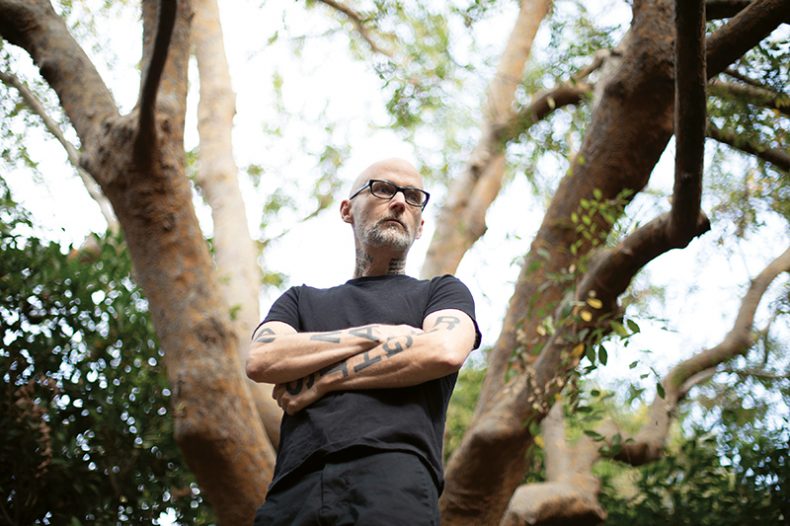 FROM BASEMENTS TO BRIXTON

A CONVERSATION WITH MOBY

Moby’s incredible success of the ‘90s and early 2000’s would make one think that releasing music in any future decade would do extremely well. In this case, there’s no doubt that his studio collaborations with the Budapest Art Orchestra, an American Gospel Choir, and major guest appearances, will garner considerable global attention. It doesn’t take a deep dive into this new release, titled Reprise, to grasp its grandiose power and mass appeal as Moby reimagines tracks dating as far back as his first hit “Go” along with mega-hits like “Natural Blues” and “Porcelain”. With the help of legendary classical label Deutsche Grammophon, Moby has re-orchestrated his career highlights, employing a mature approach that will capture a whole new audience and once again garner universal momentum.

During a recent zoom interview with Spill Magazine, Moby dug deep into the album’s production along with topics far beyond his music, detailing his roller-coaster career and times when he thought of quitting the music business altogether.

Moby was more than surprised about the initial market anticipation of Play, and the global success that followed. “Before Play was released, I was a has-been, after my previous record Animal Rights was released, my North American record label Electra dropped me as quickly as they could. Daniel Miller at Mute Records almost parted ways with me, however he actually felt sorry for me because at the time I was battling alcohol addiction, drug addiction, anxiety, depression, and my Mom had just died, so they decided to stay with me and release Play. So when Play was released, no one was expecting it to be moderately successful. The original tour was supposed to last only a month, and the first show of the tour was in a Virgin Megastore basement to around 20 people. The last shows of the tour were sold out events at Brixton Academy and Wembly Stadium approximately a year later.” 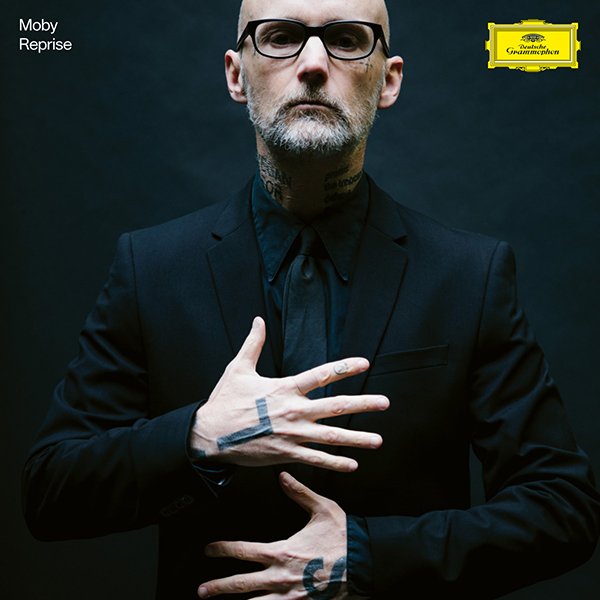 Moby has an undying love for East West Studios in L.A., especially Studio #3. This legendary studio has a very special vibe and ambiance in the control room, which has been unchanged since the ‘60s. It is where mega stars such as The Beach Boys, Frank Sinatra, and The Mamas and the Papas cut some of their biggest hits. The mixing console was actually used to mix Ziggy Stardust, one of Moby’s all-time favourite records. Studio #3 is where all the non-orchestral parts were recorded with vintage tube microphones, giving the recording beautiful tone and personality. When it came to the Hungarian Orchestra, Moby did not work in Budapest, instead he listened to the tracks remotely, doing his best to arrange with the conductor in order to get exactly what he had envisioned. “The toughest part to record was the gospel choir since COVID was in full swing, so I invited the choir over to the studio and I set up microphones outside to enable proper social distancing protocol.”

The only cover song on the album is “Heroes” by David Bowie, and the Reprise version pays homage to a very special moment he spent with Bowie in his Manhattan apartment. “During the ‘90s I lived across the street from David Bowie and we became friends, spending a good deal of time together. We had this one phenomenal morning when he came to my apartment and we sat on my sofa, a green mid-century sofa, and we played an acoustic version of “Heroes”. It was just the two of us on a beautiful Saturday morning drinking coffee; I still can’t believe that it happened, that I was able to play the greatest song of all time with the greatest musician of all time. So the version of “Heroes” on Reprise is an emotional homage to that special moment playing “Heroes” with David Bowie.”

With an album so diverse in the production department, it was natural to deliberate on Moby’s decision making and choices of guest artists. “I remember being 12,13 years old and thinking how phenomenal it would be to be a great singer. Then when I started making my own music, I learned very quickly that I was good at yelling but I wasn’t going to be a great singer. So, I realized that I had to work with great singers to get the end result I wanted. When I was looking for singers for this album, I was looking for voices that had emotional resonance and personality and I am fortunate enough to have these guest artists in my circle of friends and acquaintances.” With heavyweight voices such as Gregory Porter, Amythyst Kiah, and Mindy Jones as prominent voices on the album, Moby’s vision has clearly overachieved. Just take a listen to “Natural Blues”, “Heroes”, and “The Last Day”, a few of the standout tracks that bring out deep emotional reactions and will have you in a trance. In fact, “Heroes” may be a new favourite version to many Moby and Bowie fans alike.

With Moby now delivering his most mature music to date, it’s amazing to think that his prime is still alive and well in 2021. Moby’s passion and hard work has once again paid off in a big way with Reprise, an absolute must-listen for fans new and old.

Andre has been writing for The Spill Magazine for over 12 years, dating back to the print days. His passion for music goes far beyond writing reviews for new music and live concerts, he is also an active musician and producer on the Canadian music scene. Having toured North America and Europe with various acts, he is no stranger to dedication and work ethic new bands must endure to make the grade in today's market; Andre always delivers perspective writing that is authentic and to the point. Mr. Skinner typically covers indie rock, grass roots, electronica and is our resident hard rock and heavy metal specialist. He is extremely selective on what bands he covers for articles and you can rest assured they are ALWAYS band to watch with something left of centre to offer.
RELATED ARTICLES
deutsche grammophonfeaturesmoby
10