SPILL FEATURE: AND WE PRAY FOR THE LIGHT OF THE WORLD – A CONVERSATION WITH KEYBOARDIST KEVIN YOUNG OF MOIST

Features
154
previous article
SPILL MUSIC PREMIERE: THE DIONYSUS EFFECT - "STARS"
next article
SPILL NEW MUSIC: YES LAUNCH VIDEO FOR "A LIVING ISLAND" FROM THEIR LATEST ALBUM 'THE QUEST' VIA INSIDE OUT MUSIC/SONY MUSIC 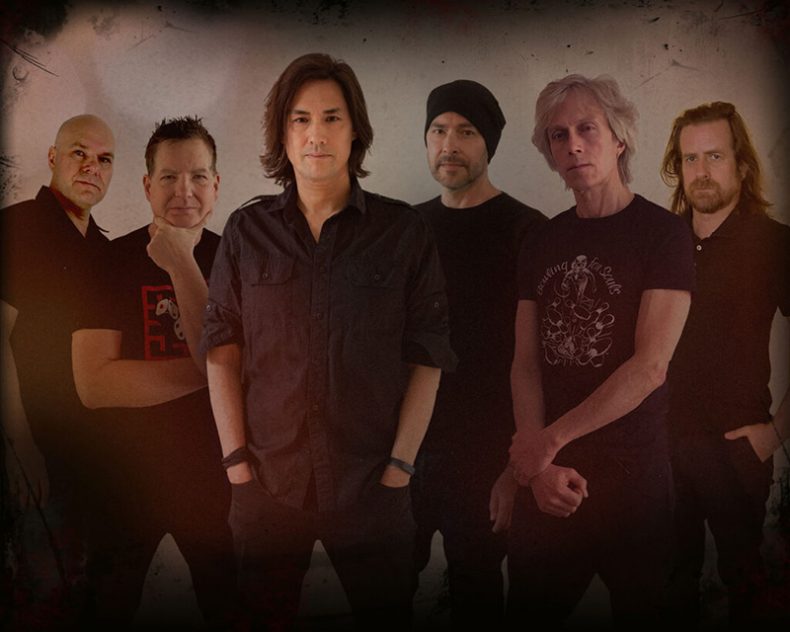 AND WE PRAY FOR THE LIGHT OF THE WORLD

A CONVERSATION WITH KEYBOARDIST KEVIN YOUNG OF MOIST

It may be surprising that a pillar of Canadian rock, Moist, has only just released their fifth album.

On Oct. 1, 2021, Moist’s End of the Ocean dropped, signaling almost 27 years after their debut album propelled them into the spotlight and the following albums secured their place as one of Canada’s top bands. And what better way to celebrate that legacy than with the lead single “Ammunition” from End of the Ocean.

In the video for the track, longtime fans are treated to footage from the band’s many live shows. According to Moist keyboardist Kevin Young, the video is dedicated to those devoted fans who have been with them throughout their career.

“The things that really kept us going over the years is the interplay between a crowd and the band,” Young said. “Live is where we’ve always felt most comfortable and happiest.” Young went on to say that performing live over the years gave them the chance to really get to know their fans, to learn how their music was interpreted by people.

“We can interpret the songs ourselves, but individual listeners will put their own stamp on them. I hope that certain songs mean something completely different than what we thought. We hope they mean different things to different listeners. The idea with “Ammunition” sort of coalesced around this idea of looking back and thinking about all the strength and the joy that we took from being able to play for people, and hopefully put some of that joy in their lives.”

Young said that looking back through their music was also a chance to appreciate how much they have grown as musicians.

“There was that idea of learning and revisiting older music. When I’m listening to it, I’m thinking that now I would not have done this or that. Maybe it’s a good thing, maybe it’s bad thing, but it doesn’t matter now because it’s done,” Young said. “I think it gives you perspective as a musician. I find when I’m revisiting our old music that I’m always surprised by it. I’m not one of those people that once the album is done that I listen to it again and again. I don’t listen to it if I can help it, because I’ve spent enough time with it.”

PURCHASE END OF THE OCEAN

Young mentioned though that revisiting the past live footage reminded him of how great live was, of how much he missed that togetherness in the moment that only live music can facilitate.

“I would hope that when we do eventually come out of this, we start to value the real kind of analogue connections, that we hang out with people a little more, and to foster those connections a little bit more.”

Young added that digital life often feeds on distractions and forms of disconnection. Really, this critique of modern life is the central theme of the new album.

“We’re constantly distracted,” Young said, noting that such distractions are often at the expense of ignoring bigger issues.

“Over the course of the pandemic, And I realized this the other day, that I had this need to be constantly entertained. It’s difficult sometimes to just sit with yourself, to let your phone be, let your social media be, otherwise you’re constantly going down these little rabbit holes of destruction.

“For instance, the song “Tarantino” was tied to a video that took the idea of self-changing in an unhealthy way, as a distraction from reality. You know, we are all facing an existential crisis with climate change, and you’re sitting at home, doing your recycling or composting, and you sort of feel like you’re part of the solution. But the solution is so much larger and requires people that have a lot more influence and power than the average person. To really do something about it, to come together and do something about it, I think some of the songs like “End of the Ocean” speak to that sort of frustration.”

Young said that “Ammunition” became the exception on the album as it was more celebratory of life and of the connections they made during live shows.

Moist was able to play live in 2021 at Ottawa’s Bluesfest, and Young said that it was invigorating to be around people and that live energy again. He hopes that soon they will be able to play more in the coming season, sharing their new music with even more audiences.

Samantha “Sam” Stevens is half a music journalist, and half an academic scholar. With a graduate diploma and MA in Journalism, Sam has covered musicians all over the world and her work has appeared in Guitar Girl magazine, North Bay Nugget newspaper, The Link newspaper, and a few others. She even founded and managed her own music blog The Littlest Voice for 5 years, in which the spotlight was thrown on new and emerging indie artists around the globe. Currently, Sam is a PhD student at Carleton University in the School of Indigenous and Canadian studies where she is continuing her MA research on colonial language in Canadian news and government institutions.
RELATED ARTICLES
david usherfeaturesmoist

by SPILL NEW MUSIC on May 4, 2017
IDUNA – COUNTERPART A Spill Exclusive Album Premiere A band bent on bringing back an edgy and mindful brand of alternative rock, Iduna is a quartet that spent their formative years [...]
7.0