Features
263
previous article
SPILL TRACK OF THE DAY: KACY & CLAYTON - "THE LIGHT OF DAY " || ROAD TO POLARIS
next article
SPILL FEATURE: INSPIRATION, MOVING FORWARD, AND INVOKING THE DEVIL - A CONVERSATION WITH DAVID CLAYTON-THOMAS 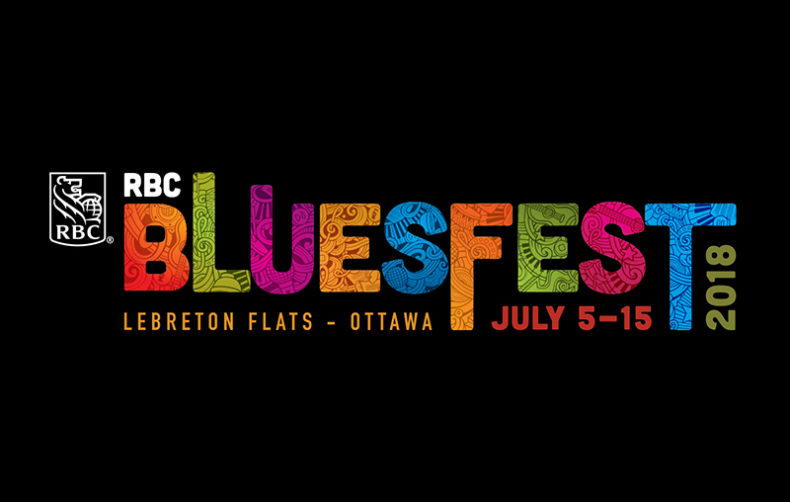 As the capital of Canada, Ottawa almost always has something going on – but the people who live here don’t get excited about much of it, having seen the same events come around so many times. RBC Bluesfest however, doesn’t fit into that category. While the festival has changed immensely over the years and transformed into something very diverse and completely different from its roots, it continues to pull in huge crowds and please the masses year after year.

The festival started in 1994 at Major’s Hill Park, debuting as the Ottawa-Hull Bluesfest and is now such a large festival that it caters to an attendance of over a quarter million fans each year. Known now as the RBC Ottawa Bluesfest, it has gone from a three day festival featuring the likes of  Clarence Clemons and the Tony D band, to headlining such huge names as  the Foo Fighters and Rise Against.

Being born and raised in Ottawa and watching the fest evolve from a small, weekend-long event has been a really special experience. While it has changed immensely, Bluesfest has still found a way to cater to as many people as possible, while keeping itself relevant. Over the years it has moved through Major’s Hill Park, Confederation Park, and has inevitably made its way to Lebreton Flats Park. The organizers have always done what is best for the production.

In the beginning it was a very family-oriented festival filled with blues music and blankets spread across the grass. It has since become a much larger event that spans over ten days and likely has an act for people of all tastes, which is imperative to the success of the festival. People travel from all over to come to Ottawa for a week and a half of live music, so the lineup catering to all kinds of different ears makes it worth it to make the trip and get the full pass.

When the organizers went with the change to Cisco Systems Bluesfest back in 2001 the event really started to change. They started bringing in hip-hop and rock acts when the new sponsors came in and the budget started to grow. George Thorogood was the most notable, repeated act to appear on the bill when the festival started transitioning into what it is today. Rock ‘n’ roll bands like KISS and Rush have performed, rap artists like Snoop Dog and Wu-Tang Clan, pop sensations like Fergie and Lady Gaga, electronic artists like Skrillex, Adventure Club, Diplo and this year Zeds Dead. Even sub-genre bands have been billed, like the gypsy punk group Gogol Bordello.

Not too many bands have been repeat acts like George Thorogood, but another very popular act that came back year after year was The Tragically Hip. The greatly missed, late Gord Downie, was a big influence on Canada throughout his lifetime in many ways even outside of his musical gifts to this country and Bluesfest welcomed the band to the stage many times over the years.

With The Foo Fighters being arguably their biggest headliner to date hitting the stage on the fifth day, this year is full of names that are sure to bring out massive crowds. After the chaos that took place at the hip-hop shows last year with rocks being thrown at security guards and fences being rushed, they have strayed away from a rap-heavy lineup and are focusing more on rock music.

Ottawa’s biggest concert venue, the Canadian Tire Centre, is situated far out of downtown in the west end and has been causing a lot of conversation that will likely result in the Centre being moved to Lebreton Flats. As a result, this may be the last year that Bluesfest is held in the flats, unless the organizers find a way to accommodate the festival at the Centre. 2018 may be the next turning point for the festival, so even on top of the wicked lineup, that’s another reason to make it out. 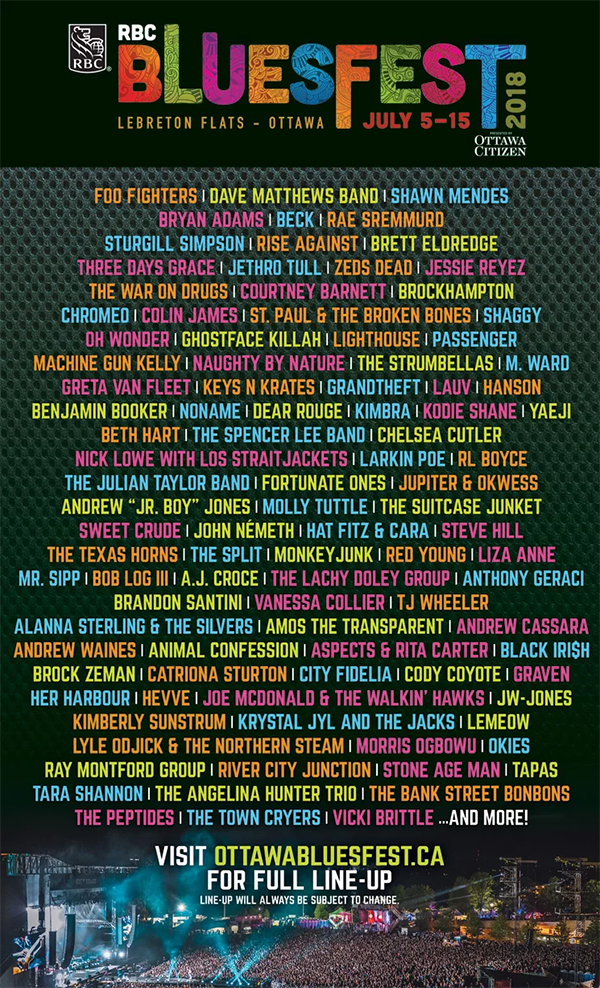 Music makes the worst situations bearable and the best situations even better. I'm just here to share the inside scoop and anything you may have missed, while I establish my own voice in the industry. Born and raised in Ottawa, I never go anywhere without a set of headphones. Live music has been my vice for as long as I can remember and sharing stage side stories is a major bonus.
RELATED ARTICLES
canadafeatureslebreton flats
7.0