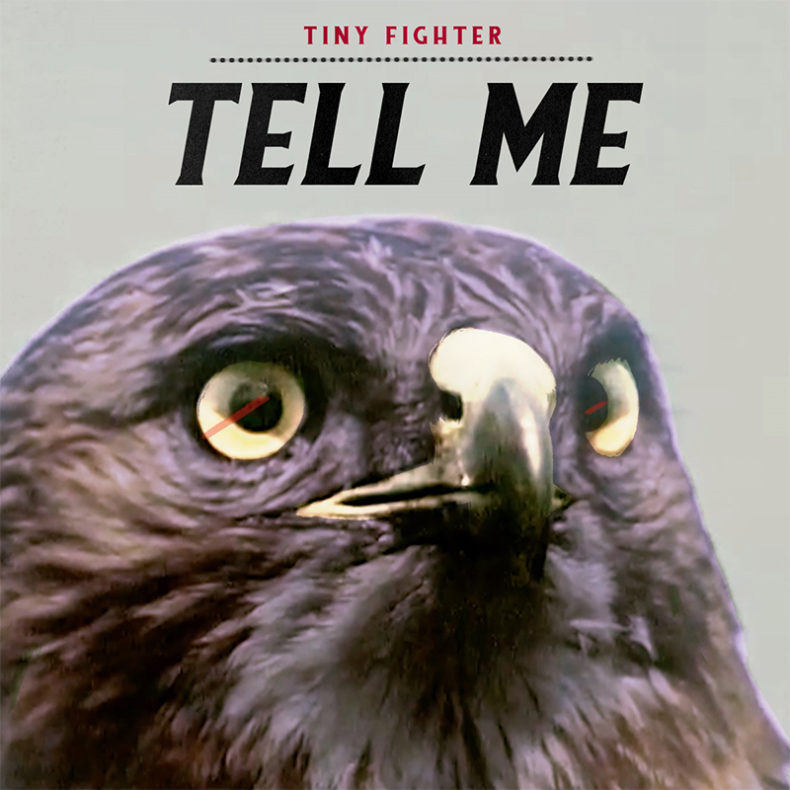 Friday brings the release of Tell Me, the new EP from Stockholm-based collective Tiny Fighter, a three-track offering that features the delicate track ‘Katrina’, dedicated to the extreme losses and sorrow caused by Hurricane Katrina. Both ‘Tell Me’ and ‘Where Are You Now?’ recall Four Non-Blondes, Sheryl Crow and No Doubt. With a voice similar to Karin Elisabeth Dreijer of The Knife and a full band indie rock sound to accompany, this band has found their true formula for success.

Tiny Fighter offers an enticing mix of indie-rock and berserker chamber pop. Despite the staggering odds against them ever meeting, Therese Karlsson (a truck driver from Kalmar in southern Sweden) and Tim Spelman (a doctor from Melbourne, Australia) met in Stockholm and began collaborating in 2017. Tiny Fighter quickly expanded into a 5-piece with the addition of Tommy Wilen, Marcus Wallberg and Robin Zimmermann, bringing all the dynamics and volume of their recorded material on to the stage.

This EP, which is being released via Stockholm-based label Bay Terrace Records, should find a welcome home in the minds and soundbuds of people who feel an affinity for music by Sheryl Crow, Mitski, Wolf Alice, Metric, Melody’s Echo Chamber and Aldous Harding.

From a vocal position of strength, frontwoman Therese Karlsson, Tiny Fighter have grown from an artsy studio project to a full-fledged live band capable of selling out tours and filling larger music venues. Tiny Fighter completed a run of sold-out shows throughout Scandinavia and Europe in the summer of 2018, followed by a North American tour in November 2018. 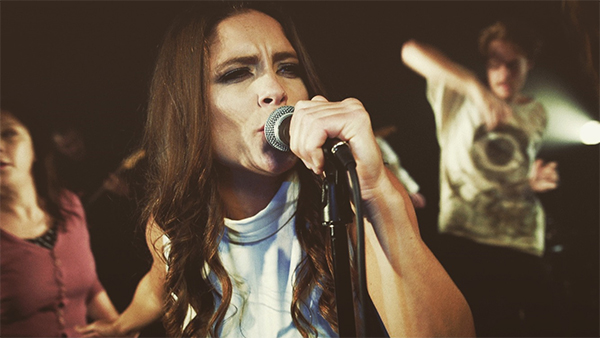 This new Tell Me EP was recorded and produced by legendary multi-Grammy, Gold & Platinum Award producer Thomas ‘Plec’ Johansson at The Panic Room in Skövde, a quiet country town in southern Sweden. This collaboration allowed them to further refine and push their sound.

“After starting life as a duo, this is the first recording with a full band, and I think that’s reflected in the stronger, fuller sound compared to our earlier singles,” says Tim Spelman.
Their previous releases were recorded in Los Angeles and Stockholm with Daniel Rejmer (Foals, Ben Frost, Girls Names), extending on the more melodic moments from their previous work with bands such as Fire to the Stars and Mid-State Orange.

“Tell Me is an appeal for clarity – both personally and politically – in a setting where distrust and ambiguity appear increasingly to dominate people’s relationships, both with each other and the broader world in general. It’s about exasperation, about a need for a simple, straight answer – tell me, yes or no,” says Therese Karlsson.

Tiny Fighter has quickly built a strong reputation for their stirring live performances and for their ability to tastefully mix catchy indie-pop with darker themes and arrangements. Sharon Van Etten, Catpower and Agnes Obel number among their influences, as d Gyllene Tider, Mitski, Veruca Salt and Kim Shatturk/The Muffs. As of April 26, the Tell Me EP will be available across online stores like iTunes and streaming platforms such as Spotify, but it can already be pre-ordered via Bandcamp.

Check out the video for the title track and then some – this band is on a roll!

Purchase Tell Me Via