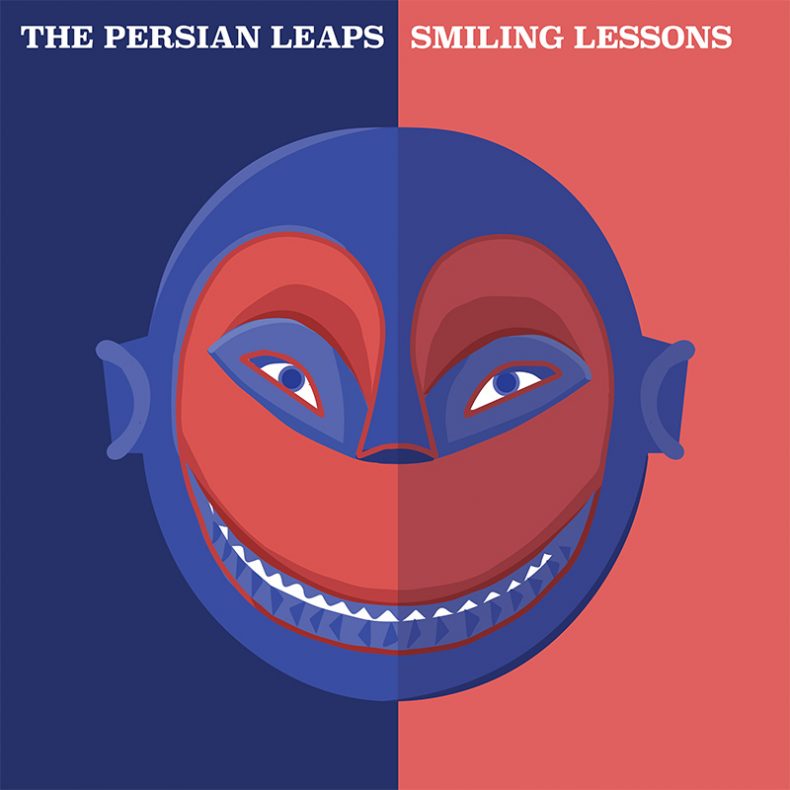 The time has finally come for the release of the latest sonic delight from indie rock power pop outfit The Persian Leaps – their new ‘Smiling Lessons’ EP. Released via Land Ski Records, this collection is comprised of seven new songs.

Channeling positive vibes, The Persian Leaps’ new offering will peak your ears, lift your spirits and leave you hanging on every word, every riff they pump out. As prolific as they are talented, there is no filler on this EP – every track here is worthy of being a standalone single, showcasing the duo’s infectious energy and drive.

Based in St. Paul, Minnesota and after various line-up changes, today The Persian Leaps are Drew Forsberg (vocals, guitars, keyboards, drum programming) and Jon Hunt (bass, vocals). Together they create music that is very much in the same vein as Teenage Fanclub, The Lemonheads, The Smiths and Guided By Voices.

“The phrase ‘smiling lessons’ comes from a joke between my wife and me. Honestly, I have no idea how to smile on command for photos. Time and time again, we’ll take pictures and although I could swear I was smiling, when I look at the photos, I’ve either got no expression or a slight grimace. So, we joked that I need smiling lessons. The phrase resonated with me so I tucked it away for a future album title,” says Drew Forsberg.

“Since then, “smiling lessons” has come to mean more to me. If people are supposed to smile in the face of adversity, then all the hardships life throws our way are smiling lessons. You could say that 2020–with its global pandemic, racial injustice, and murder hornets–has been one massive, never-ending smiling lesson.”

‘The Persian Leaps’, as a band name, came to Forsberg in a daydream during a college Greek Archaeology class. He wrote music independently under that name for years until finally assembling a full band in 2012 to perform and record music. Driven and chiming, it is influenced by such artists as The Smiths, Guided by Voices and Teenage Fanclub.

From 2012-2017, the Persian Leaps released an EP of five songs every autumn. NME Magazine described their debut ‘Praise Elephants’ EP (2013) as “celestial guitar jangle”. From their sophomore ‘Drive Drive Delay’ EP in 2014 to their fifth ‘Bicycle Face’ EP, their music has been met with praise by fans and critics alike. Delivering one perfect power pop cocktail after another, finally in 2018, the 18-track ‘Pop That Goes Crunch’ best-of anthology marked the end of an era, while celebrating and revisiting some of the Persian Leaps’ best work.

In 2018, the Persian Leaps retired as a full live band, returning to their roots as a studio project. Together with Jon Hunt, a musician and graphic designer who created the cover art for most of the band’s releases to date, Drew Forsberg recorded ‘Electrical Living’, a full-length album of irresistibly catchy power pop released in September 2019.

As of September 18, the ‘Smiling Lessons’ EP will be available via Land Ski Records, both digitally via Apple Music, Spotify and elsewhere, as well as on CD. It can also be obtained directly from the band via Bandcamp at https://thepersianleaps.bandcamp.com/album/smiling-lessons