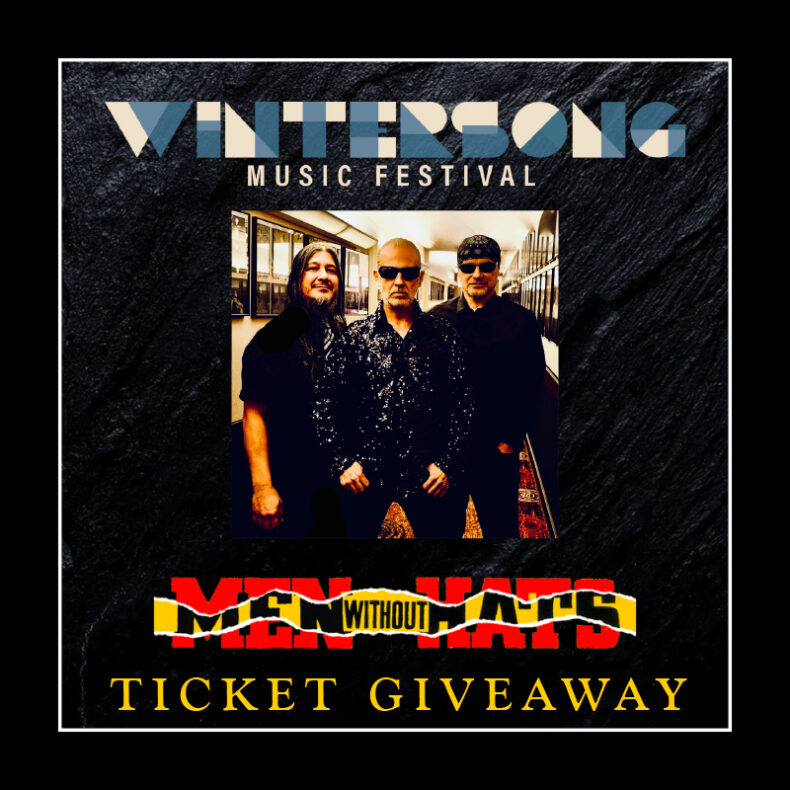 WIN A PAIR OF TICKETS TO MEN WITHOUT HATS’ SOLD-OUT SET AT WINTERSONG MUSIC FESTIVAL!

ENTER OFTEN! 1 WINNER TO BE DRAWN! 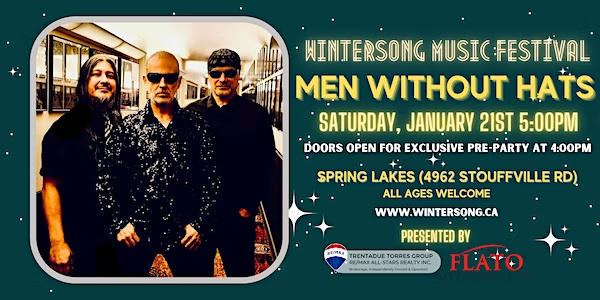 Wintersong is an annual, free-to-attend music festival in Stouffville, ON, featuring 100+ musical performances across 16 venues including restaurants, bars, cafes, theatres and community spaces.

Supporting this all-star lineup are chart-topping lo-fi legends Kiwi Jr, the reunion of the infamous ’90s grunge-pop band Mrs. Torrance, JJ and the Pillars, His His as well as local buzz acts including Man Made Forest, Evan Farrell, Hungry Lake, Junestone and over 100 other performers over the two-day festival.

In addition to free live music across 16 venues, Wintersong will offer attendees a musical sound journey alongside a Kinetic Sound art exhibit, a silent disco in the library, industry panels, free karaoke shuttle buses to transport attendees across the town-wide event, and more.

Visit www.wintersong.ca or @wintersongfest on all social platforms for more details!

SPILL NEWS strives to keep our readers up to date with news and events in the music industry. We keep you informed of the most recent information regarding new releases, tour dates, and information items about your favourite artists.
RELATED ARTICLES
contestdan manganif the world should end today