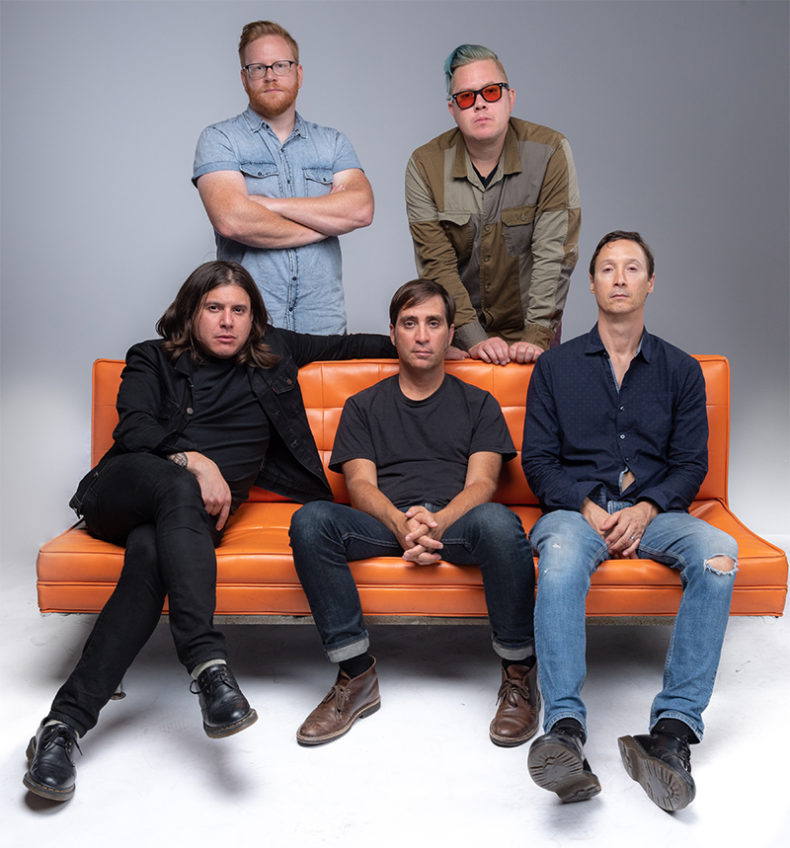 ENTER FOR YOUR CHANCE TO WIN A PRIZE PACK CONSISTING OF THE NEW ALBUM FROM FELLOW ROBOT, THE ROBOT’S GUIDE TO MUSIC VOLUME 1, PLUS A FELLOW ROBOT OFFICIAL T-SHIRT & PIN!

Fellow Robot is a Long Beach, CA based indie-rock group, and the brainchild of singer/songwriter Anthony Pedroza. The band, which is very much a collaboration between Anthony, drummer Luis Renteria and friends, is hot off the heels of their debut album release, The Robot’s Guide To Music Volume 1. LA Music Critic Bob Leggett called the album “a dynamic debut album…simple yet majestic,” while OC Weekly beamed, “If you’re a fan of indie music, lengthy stories, and cheeky science fiction, there’s a good chance you’re going to like Fellow Robot.”

The first part of a three-part concept album series, Volume 1 foresees a future where artificial intelligence has reached a pinnacle and robots begin to document and chronicle humans and the music they make. The Robots Guide To Music Vol. 1 is a clever mix of Alt-Rock, Folk, and Americana, featuring intimately political tracks like album opener “Tools of War,” and anthemic manifestos like the rousing, “I’m With You.”

To match the dynamic fusion of genres on Vol. 1, the band released several music videos that acted as the perfect visual companions to Fellow Robot’s dystopian robot future. The pinnacle of these video releases was a stunning animated video for album opener, “Tools of War.” The video premiered on Bring the Noise, who called it “the best video you’ve seen all year,” and follows a young rebellious robot as it revolts against its evil robot oppressors. The video is a stunning visual masterpiece, created by Michelle and Justine Prebich, and sees the band’s nightmarish robot future fully realized.

The scope of Anthony Pedroza’s robot narrative doesn’t end with the release of Vol. 1. The band have announced an additional two volumes to follow in early 2019, with Vol. 1 seeing a vinyl release via Seattle imprint Donut Sounds in October 2018.

“[The Robots Guide To Music] was a really fun and amazing body of music to record,” says drummer and main collaborator Luis, who also performs as “Ringo” in Beatles tribute band Britain’s Finest. “We worked with some of Long Beach’s best musicians and it was always a treat to be in studio, have a drink or two, and share stories. The recording part was a breeze—when you have musicians that know what they’re doing, all you really gotta do is set up a mic, and let them go at it. We actually recorded 30+ songs (the rest for Volumes 2 and 3), so there was a lot of time in studio.”

Influences aren’t something as readily obvious with a band that can easily alternate between confessional folk songs and spirited sing alongs (see “Garden of the Lord”). The ghosts 90’s alt/rock and the likes of Neutral Milk Hotel and Arcade Fire also linger into Fellow Robot’s expansive (and ever-growing) body of work.

“I really enjoy finding different timber’s and frequencies in my vocals,” says Pedroza. “Some songs like “Clone Baby” and “Fatherless Children” I go low following in Johnny Cash’s footsteps. I also really enjoy building song structures that explode in the chorus like “I’m With You” and “The Narcissist”.”

“In 2016, I began working on a science fiction novel about a 140 year old robot,” says Pedroza. “Although I had been a songwriter for many years, I had never written a work of fiction before. I was also working through a life-changing injury at the time, so the narrative of Fellow Robot (musically and from the standpoint of the book) has been an emotional journey for me.”

“In the book The Robot’s Guide to Music,” Pedroza continues, “several of the main characters are songwriters. I quickly realized I couldn’t tell their their stories without also singing their songs.“ “The project was getting massive, first the series became three books and now I could see that I needed to add music. Fortunately, I had the support of some talented friends who were excited to play a part and help me execute my vision.”

These other friends include Mike Adams and John Zell, also natives of the Long Beach music scene. “Recording for this project felt more like time spent with family rather than the usual studio date, thanks to the open-mindedness and musical genius of every single person involved –– a truly collaborative effort that became much more than the sum of its constituent parts,” says Adams. Guitarist, singer, and songwriter John Zell has spent time with his band MOVE, while also being one of the original members of the musical theatre company, RIOTstage.

SPILL NEWS strives to keep our readers up to date with news and events in the music industry. We keep you informed of the most recent information regarding new releases, tour dates, and information items about your favourite artists.
RELATED ARTICLES
become the skycontestdonut sounds