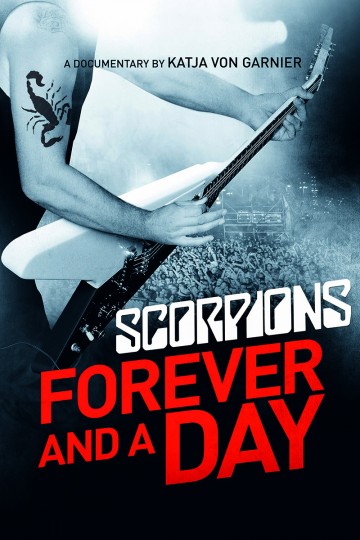 for a chance to win 1-of-10 DVD of the Scorpions documentary
Forever And A Day!

To win your copy of the upcoming DVD just RT the Spill contest Twitter post with @scorpions + #foreverandaday.

The winners will be notified this Friday morning.

SCORPIONS – FOREVER AND A DAY:

Canadian DVD and BluRay release of FOREVER AND A DAY, a documentary following 80s’ hair-metal rock band The Scorpions on their retirement tour from Bangkok to Moscow.

This rockumentary became available through iTunes and VOD on September 15th, and will debut December 1st on DVD/BD in German with English subtitles. Lead singer Klaus Meine describes it as “a really special film for our fans.”

50 years have gone by since the days the juvenile Klaus Meine, Rudolf Schenker and
Matthias Jabs wandered the streets of Hannover, which was just awakening from post
war paralysis, with a barrow carrying their instruments and amplifiers. In these 50 years,
they have become Germany’s, or rather Continental Europe’s, most successful rock
band. Countless bands, including the Smashing Pumpkins as well as Green Day, Korn,
System Of A Down or Queensryche have covered songs by The Scorpions throughout
the years. “Rock You Like A Hurricane” has been covered over 150 times by different
musicians.

Expressing a career like the one of The Scorpions in mere numbers is almost
impossible. However, one number that should still be mentioned is more than 100 million
records sold to date. This makes The Scorpions the most successful rock band of
Continental Europe by far. www.the-scorpions.com

SPILL NEWS strives to keep our readers up to date with news and events in the music industry. We keep you informed of the most recent information regarding new releases, tour dates, and information items about your favourite artists.
RELATED ARTICLES
contestdvdscorpions