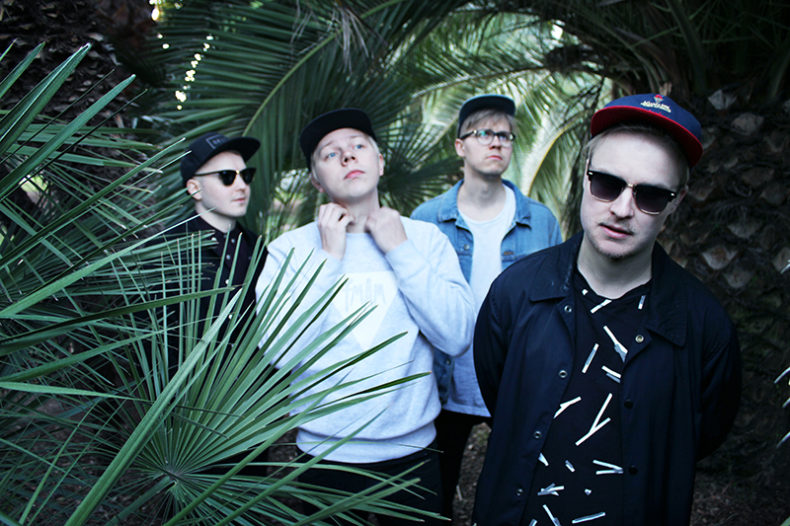 Satellite Stories are Finland´s biggest and best indie band hailing from the northern outpost of Oulu. The band formed in 2008 comprises of members Esa Mankinen (Vocals, Guitar) Marko Heikkinen (Lead Guitar) Jyri Pesonen (Bass, Backing Vocals) O-P Ervasti, (Drums) The bands first studio album “Phrases To Break The Ice” was released in 2012 to blogging acclaim worldwide, with the remix of the single “Sirens” by US producer “Slow Magic” hitting #1 on the Hype Machine which led to the band´s first full European tour and a sell out tour of Japan. Quick on the heels of the debut release was their second Album “Pine Trails” released in 2013 with the hit single “Campfire” again topping the Hypem Charts as the band become the most blogged artist on the planet with the track becoming somewhat of a radio hit worldwide with no fewer than 15,000 spins.

This blossoming career has seen the band gain over 40million streams worldwide, appearing at over 300 Headline Shows and Festivals in no less than 17 countries over 3 continents with the Sold Out sign becoming an increasingly familiar feature. No small success for band who have previously self released.

Now signed to Universal Music the Nordic four piece are set to release their 4th studio album Young Detectives in March 24th 2017 which sees them take a bold move going back to their roots and self produce. The album was recorded between their native Finland and New York with a small hand picked team. Mixing the upcoming release is New York based Grammy winning producer/engineer Fernando Lodeiro who’s previous clients range from, Vampire Weekend to Regina Specktor. Mastering the album is Joe LaPorta from the renowned Sterling Sound Studio, LaPorta, with previous clients from The Killers, Bleachers and The Weeknd.