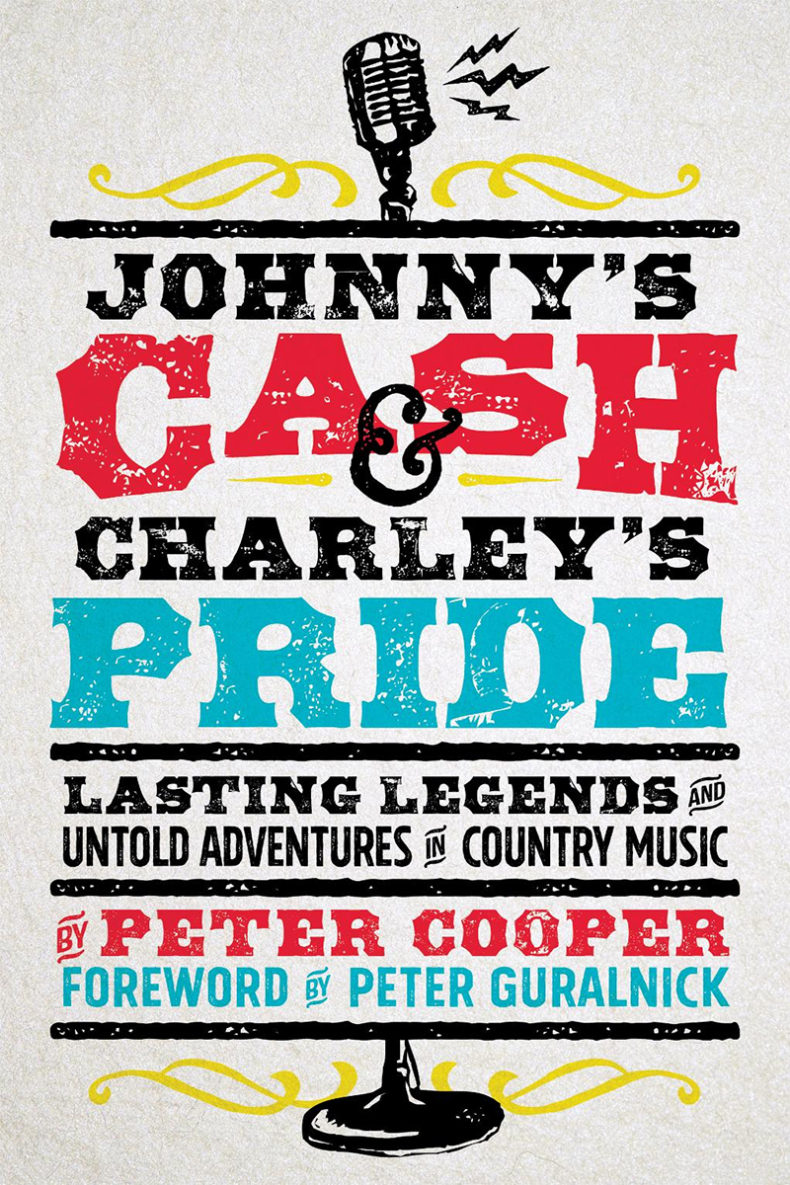 In his foreword to Johnny’s Cash and Charley’s Pride: Lasting Legends and Untold Adventures in Country Music, famed American music critic Peter Guralnick offers a glimpse into Peter Cooper talents as a country music chronicler: “Whoever he is writing about, Peter has always celebrated the virtues of individualism, idealism, and existential wit. A familiar of such Falstaffian figures as “Cowboy” Jack Clement and Merle Kilgore, he offers brilliant, and funny portrayals of their magnificent eccentricities without ever showing a hint of condescension – and without ever failing to suggest the depths of perception, insight and regret that may well lie underneath.”

Peter Cooper has built a reputation as a music writer with a staggering catalogue of musicians he has interviewed, written about, and even befriended. In his new book, he takes you down the well-travelled road of country music, but never ceases to infuse insight and experience into the tales. Going into it, stories I thought I knew found greater depth through anecdotes, vignettes and Cooper’s own personal interactions. You might recognize the story, but you haven’t heard this side or interpretation before. There are points in these pages where Cooper can’t help himself from the humble brag (and given his interactions with the likes of Johnny Cash, Emmylou Harris, John Prine and Kris Kristofferson, among many others, who can blame him?).

There are other parts of the book where I’d wished he’d elaborated on certain artists over others, where my personal preferences were pulling me in another direction and making me want more. This is not a criticism and I think it is part of the book’s charm. Cooper’s unapologetic adherence to his own subjectivity and preferences is what draws you in. Each one of the artists mentioned could have a book dedicated to him/her. Cooper is forced to pick and choose as he shares his loves and passions, along with his background and history with the individual. Sometimes the book diverts, staggers, and stalls, but in a way that makes it feel real. Almost as if the author is in the room with you too enthusiastic about his subjects to remain totally on track. His ability to praise these musicians might have slowed down my reading process. I took many pauses and personal diversions, wanting to look up songs and re-listen with new information in mind. Cooper encourages every listener to go on their own personal journey with music and that is exactly what happened.

Cooper’s stories of artists like Jimmie Rodgers, Hank Williams, Loretta Lynn and George Jones take on heavy issues of ailments, addiction, poverty, and alcoholism. He shows you how the struggles of these individuals influenced their work and brought us songs that created the soundtrack of our lives and changed the way stories were sung. He also takes us into the modern age, with discussions of Jack White, Taylor Swift, and Chris Stapleton. He asks we consider the “beauty of our digital age”, rather than lament the days of radio’s past, acknowledging the wonders and ease of accessibility to such a wide array of talent.

Whether he is gushing over the intricacies of the steel guitar or sharing country’s storied past, Cooper’s appreciation for these artists and the affects of their music on humanity- and our own personal humanity- never wavers. This is a book for any music fan looking for a crash course in country.

Elizabeth is a Toronto via Caledon writer whose rural upbringing left a lasting love of anything with a banjo and an upright bass. She scours Toronto venues for both the musical talent and the beers on tap.
RELATED ARTICLES
booksjohnny cash