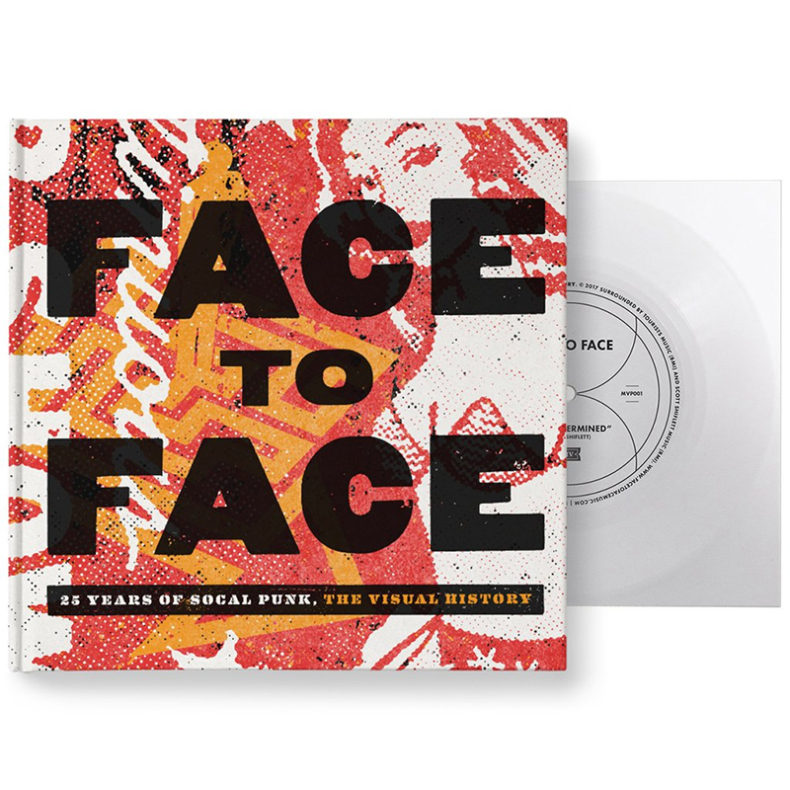 Face To Face and their SoCal Punk Legacy.

Having released their album Protection in 2016, Face To Face, the ’90s punk group, have never really gone away. While most of the decade’s punk bands have broken up or taken some form of a break as they moved into the 2000s (can we please get a new Social Distortion album?), Face To Face have remained as a fairly constant presence in the punk rock sphere with ten records released over the last quarter of a century.  It is because of this that Aaron Tanner of Melodic Virtue has decided to make the punk group the subject of his latest book, Face To Face: 25 Years Of SoCal Punk. Much like his previous release, 2014’s Pixies: A Visual History, Volume 1, his current limited edition book takes the shape of a coffee table book featuring a solid mix of literature and images to tell the story of Face To Face.

Face To Face: 25 Years Of SoCal Punk, The Visual History is filled with various pictures that in itself tell a story. Ranging from concert photography to posters and other behind-the-scenes shots, the book is brimming with rich illustrations that make for a very entertaining experience. At a casual flip through, whether you’re a fan of the band or not, this carefully curated selection of images provides a compelling and engaging read as you see how Face To Face grew from what appears to be tiny clubs and house parties to one of modern punk’s premier acts. It is through this – what feels to be archival – imagery that Face To Face: 25 Years Of SoCal Punk, The Visual History soars as it is by far the strongest part of the book. 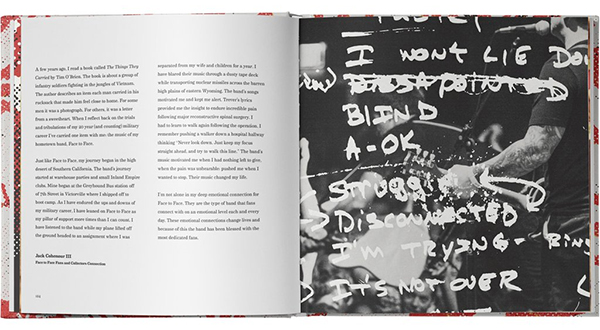 While Tanner did not write much for the book, he arranged a series of quotes regarding the band from people that have worked with and been influenced by Face To Face, including Less Than Jake’s Roger Lima, Autopilot Off’s Chris Hughes, and most notably, Blink 182’s Travis Barker. By organizing the quotes into a chronological chapter system, Face To Face: 25 Years Of SoCal Punk, The Visual History becomes a very interesting read. While not a straight forward biography, the book focuses on the effects the band has had over the course of their career. By doing so, the book looks at the greater narrative surrounding Face To Face as one of the shapers and inspirations behind the modern punk genre. This, however, has two effects: firstly, because of its non-traditional approach to a biography, Face To Face: 25 Years Of SoCal Punk, The Visual History is not the best place for new fans to get started.  That being said, it is the perfect book for collectors and lifelong fans of the band who are looking for something to goes beyond a simple bio, making the fact that this is a limited run of 1000 that much more special. 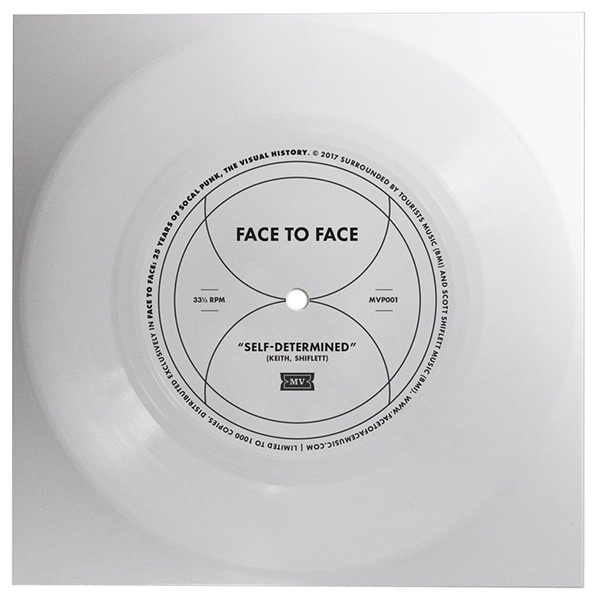 Aaron Tanner founded Melodic Virtue as a design studio in 2004. Since then, Melodic Virtue has grown into the business of music literature and creates limited edition coffee table books including their acclaimed Pixies: A Visual History, Volume 1. As an artist, Tanner has been the designer for American alternative rock band Ween for over fifteen years.

A passion for music has always been a part of Gerrod’s life. As a young boy, he was raised on a steady diet of the music from The Chili Peppers, Aerosmith, The Stones, Prince, and others from his mum. Raised in the GTA, Gerrod continued to foster his love for music by attending a wide range of concerts and learning the drums. His unapologetic passion for music has no bounds and has spread to a wide variety of styles, whether it be the 90’s rock that sound tracked his teenage years, the jazz he studied in university, or his newfound love for hip-hop. He recently received his bachelors in music and education from York University and is passionate about writing and reviewing good (and less than good) music. Gerrod is also the drummer and songwriter for a Toronto based rock & roll band, One In The Chamber.
RELATED ARTICLES
aaron tannerbooksmelodic virtue