SPILL BOOK REVIEW: MILES A. COPELAND III – TWO STEPS FORWARD, ONE STEP BACK: MY LIFE IN THE MUSIC BUSINESS 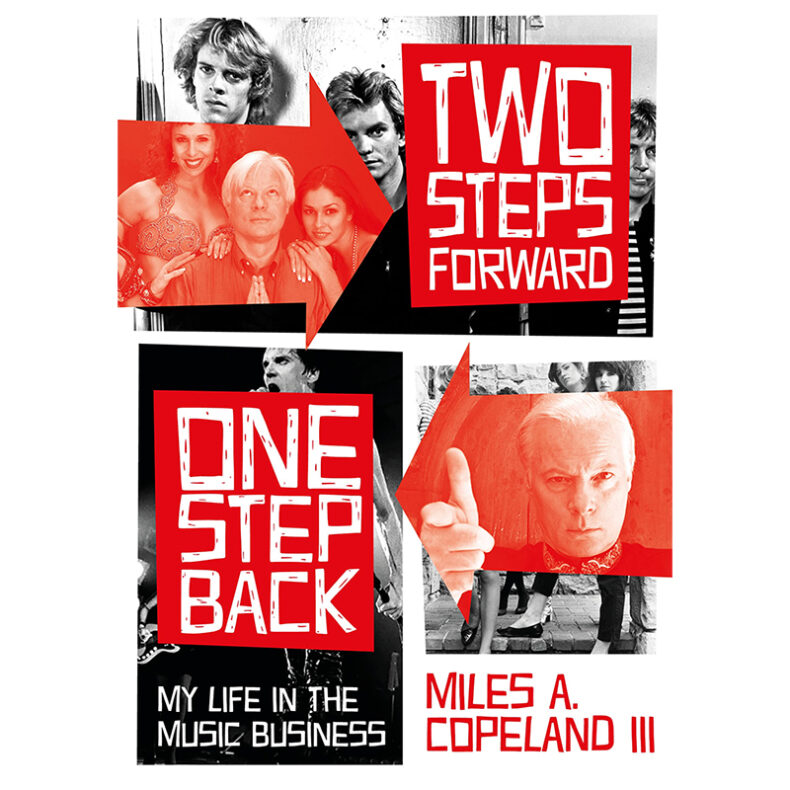 MILES A. COPELAND III – TWO STEPS FORWARD, ONE STEP BACK: MY LIFE IN THE MUSIC BUSINESS

One of the best music memoirs to be released in recent years, Two Steps Forward, One Step Back: My Life In The Music Business, is an extensive look at the career of Miles A. Copeland III, in his own words.

Including many tales from a highly storied life, this book is full of highs and lows from Copeland’s career in music, both as a manager and as a record label owner. Copeland gives plenty of background and context, including his early years spent abroad when his father worked for the CIA. Without giving too much of his story away (and there are plenty of surprises!), the reader truly gets a sense of how his early experiences helped to shape his world view, his attitudes towards music and world cultures, and even his management style.

Copeland’s work as a manager, guiding the career of The Police (and later of Sting), is well-known. Similarly well-known is his founding and successful operation of IRS Records, where he brought many regional and marginal artists into the mainstream. However, it is the lesser-known stories that are fascinating here: the underdog artists whom Copeland championed; the costly experiments; the chances that he took, often flying by the seat of his pants. These tales often feature well-known music executives and artists, but they also introduce us to some interesting, unfamiliar figures.

While he is (of course) the hero of his own story, Copeland freely admits to his mistakes and foibles, both personal and professional.

He writes with honesty and candour, sharing many anecdotes from his time in the music industry, digging deep and explaining the conditions which propelled him on his journey. Copeland must surely have kept very detailed professional diaries over the years, as he demonstrates an amazing memory for detail.

Two Steps Forward, One Step Back: My Life In The Music Business is both entertaining and revealing. Copeland’s stories make for compelling reading, providing us with a glimpse into the mind of an iconic figure in music.

Purchase Two Steps Forward, One Step Back: My Life In The Music Business Via

Musician, writer, and grandad Bryan Williston is a fan of music in all of its forms. He loves to listen to, play, and talk about music, and to share his ideas with others. Despite the failings of humans, he is hopeful about the future, and thinks that Spill Magazine readers are just the best. Bryan lives in Whitby with an assortment of people and dogs.
RELATED ARTICLES
booksjawbone press