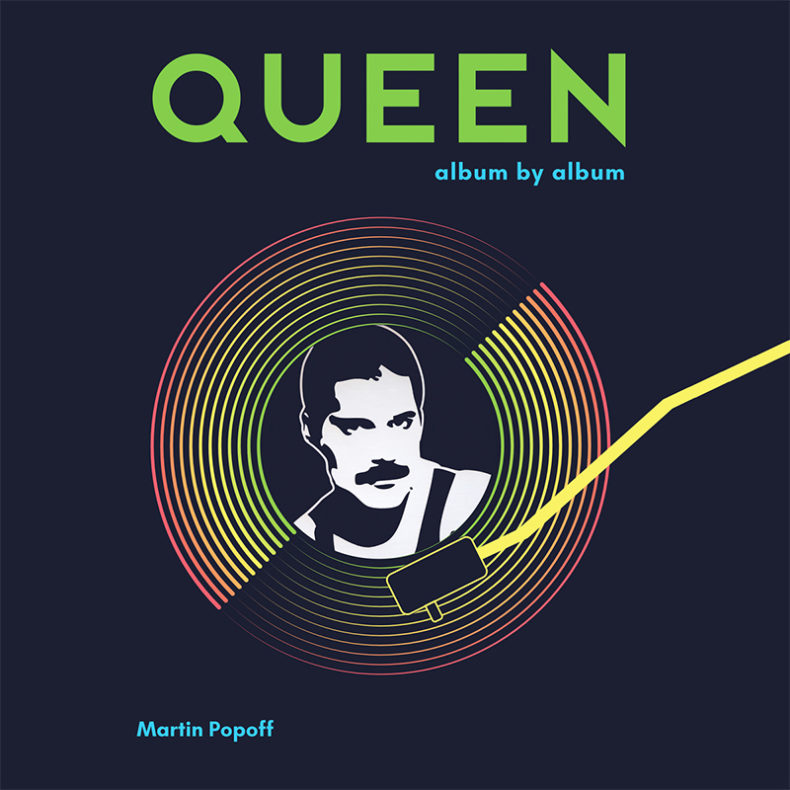 Without releasing an album or even touring, Queen very may well be the band of the year. Since the release of the trailer for Bohemian Rhapsody earlier this year, it has been an exciting time to be a Queen fan. Since then, the film has become the highest grossing music biopic and has been among the best films released this year. It only makes sense that author Martin Popoff would turn his attention to the band and make them and their music the center of his ongoing Album By Album series.

As always, Popoff takes the reader through his subject’s discography in chronological order through a series of discussions between himself and an eclectic cast of musicians and industry insiders which include Queen producer Reinhold Mack, Twisted Sister vocalist Dee Snider, Megadeth bassist David Ellefson, and none other than Sir Paul McCartney. Through this, Popoff is able to explore Queen’s work through reviewing the music as well as through the memories and interpretations of figures interviewed in the book. Once again, just as in his other releases from this year, Popoff’s narrative is further enhanced through his rich use of visuals which consist of concert and studio photos, along with shots of merch, posters, albums, and singles.

What I enjoyed most about Queen: Album By Album is how it fills in the holes left by Bohemian Rhapsody. While I understand for the sake of making the film exciting – and trimming down its length – certain details had to be cut and by nature there needed to be more of a sense of immediacy, it was eye opening to see that the rise of Queen was not an overnight sensation, but rather a slow build which would truly occur with the release of their fourth album, A Night At The Opera. While it is no fault of the film, Popoff’s examination adds a rich level of depth to the history of Queen which super fans or new casual fans will enjoy.

Purchase Queen: Album By Album Via

A passion for music has always been a part of Gerrod’s life. As a young boy, he was raised on a steady diet of the music from The Chili Peppers, Aerosmith, The Stones, Prince, and others from his mum. Raised in the GTA, Gerrod continued to foster his love for music by attending a wide range of concerts and learning the drums. His unapologetic passion for music has no bounds and has spread to a wide variety of styles, whether it be the 90’s rock that sound tracked his teenage years, the jazz he studied in university, or his newfound love for hip-hop. He recently received his bachelors in music and education from York University and is passionate about writing and reviewing good (and less than good) music. Gerrod is also the drummer and songwriter for a Toronto based rock & roll band, One In The Chamber.
RELATED ARTICLES
books