SPILL BOOK REVIEW: MARTIN POPOFF – THE CLASH: ALL THE ALBUMS, ALL THE SONGS 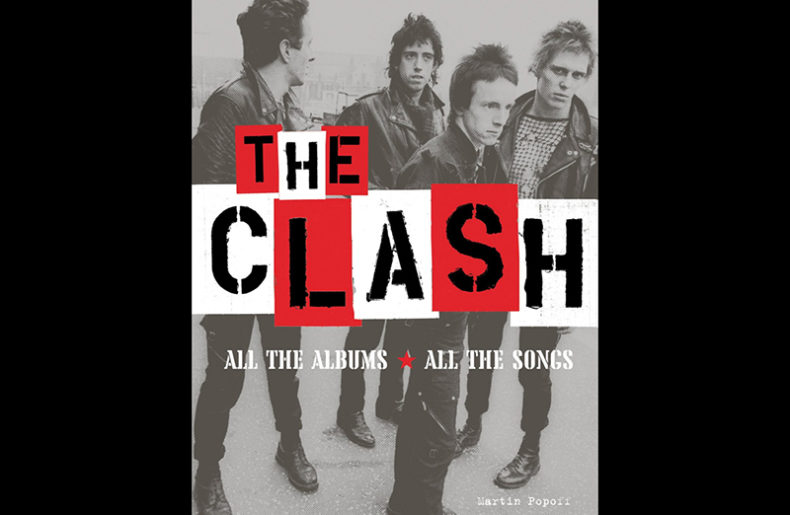 MARTIN POPOFF – THE CLASH: ALL THE ALBUMS, ALL THE SONGS

This is the kind of book about musicians that I love. Martin Popoff has written a book about the studio output of The Clash. He does not dive into their personal lives, unless it is directly related to the music, nor does he give a biased history of the band or its individual members. He simply looks at their recorded output.  I would never say that they are ‘the only band that matters’, but as a long time fan, and owner of all of their albums and singles, I was intrigued to see what insights Popoff could bring forward.

Well, he brings a lot of information and facts about these classic albums and singles. I did learn a great deal about the songs, especially some of the songs’ origins and information about the actual recordings. His detailed account of the London Calling sessions, for example, is eye opening and fascinating. But what is great about this book is that he dives into every song. And for the record, he includes the last official studio album by The Clash, Cut The Crap. Some could argue that this is more a Joe Strummer solo album (Mick Jones had left the band, and Strummer and Paul Simonon are the only original members in the band at this point) than a Clash album, but it was released under the name The Clash. Sure, it is not even mentioned on their website and was not issued in the box sets of complete album  by The Clash, but Popoff includes it in the book, and he is correct to do so.

Popoff also includes interviews with artists who had worked with the band, most interesting is the conversation with the great Mickey Gallagher (of Ian Dury and The Blockheads) who worked on London Calling and Sandinista!. Again, it provides a great deal of information about the recording process and in some ways helps the listener enjoy the music in a different way.

The book is loaded with photos of the band and  album and single sleeves.  He also includes U.S. chart positions, and in the text does mention U.K. chart positions. He also denotes if the album was awarded a gold album or not. He has done a great deal of research and it is apparent.

It is clear that Popoff is a fan, and he is passionate about his topic. The Clash: All The Albums, All The Songs is a brilliant book. Although Popoff is a writer who is more associated with ‘Heavy Metal’, and not punk, he handles the subject admirably. And it is great, to see in print, someone else state that London Calling did not have any punk music on it (it doesn’t). Popoff has a beautiful style of writing and it makes reading the book more enjoyable. This is an essential read for any Clash fan as they  will love the stories that go along with each album.

Purchase The Clash: All The Albums, All The Songs Via

Born and raised in Whitby, Aaron discovered music through his love of The Beatles. This led to a career in radio, writing for various publications, and ultimately a radio show about The Beatles (Beatles Universe), which ran for over four years. When not immersed in music, Aaron enjoys spending time with the loves of his life -- his wife Andrea, and daughters Emily and Linda (all of whom have an intense love of music too).
RELATED ARTICLES
booksjoe strummermartin popoff