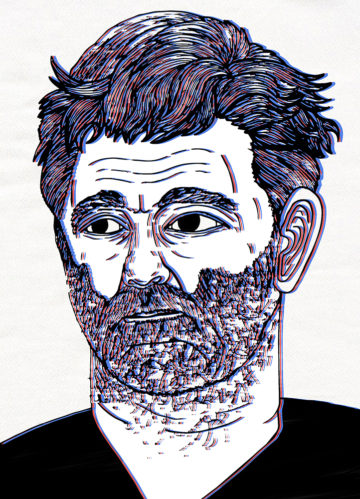 LCD Soundsystem debuted with “Losing My Edge,” a single that became one of the most talked-about indie releases of 2002. A self-effacing spoof of the outrageous pissing contests that often occur whenever music geeks cross paths (“I was there at the first Can show in Cologne,” etc.) laid over a puttering electronic beat with the occasional bursts of discoid clatter, the track was also one of the first released on the DFA label. Several magazines and newspapers would eventually declare James Murphy, the man behind both LCD Soundsystem and DFA, to be one of the coolest people on the planet.

Years of obscurity and the occasional poor decision preceded this. Just before Murphy began to cut his teeth in the ’90s, first as a member of Pony (an average post-hardcore band with heavy debts to its inspirations) and then with Speedking (a much stronger, more unique band), he passed up the opportunity to write for the popular sitcom Seinfeld. All the time spent toiling in indie rock took a toll on Murphy, but he built his own studio and became increasingly adept at engineering and producing other bands. While working on David Holmes’ Bow Down to the Exit Sign, he struck up a relationship with programmer/producer Tim Goldsworthy that developed into a partnership. By the end of 2002, there were several releases on Murphy and Goldsworthy’s DFA label, most of which involved the duo in some capacity. LCD’s “Losing My Edge,” backed with an excellent neo-post-punk dance track called “Beat Connection,” was one of them.

Murphy eventually scattered three other LCD singles through the end of 2004 and released the full-length LCD Soundsystem in January 2005. At the time of its release, the DFA label was more popular than ever; Murphy and Goldsworthy had remixes for Metro Area, N.E.R.D., Le Tigre, and Junior Senior behind them, as well as failed sessions with Britney Spears that might have benefited from an interpreter. Janet Jackson was another unlikely admirer seeking the duo’s assistance, but Murphy didn’t bother to follow up on her request.

Murphy did respond to Nike, who commissioned him to record a lengthy piece of music as part of a promotion. 45:33, released in October 2006, was aimed at joggers, but Murphy later confessed that he didn’t jog himself — mixed martial arts were more his thing, he claimed — and was driven by the opportunity to make something in the vein of Manuel Göttsching’s early-’80s electronic landmark E2-E4. (DFA would later issue 45:33 on CD, breaking the track into six parts and adding three additional cuts.)

The second proper LCD Soundsystem album, Sound of Silver, was released in March 2007. It contained Murphy’s most affecting songwriting and peaked within the Top 50 of the Billboard 200. Led by the single “Drunk Girls” and an accompanying Spike Jonze-directed video, LCD Soundsystem’s third studio album, This Is Happening, was released three years later. Riding high on the acclaim the album garnered, the band toured the world with fellow dance-pop group Hot Chip for much of 2010. While in London on June 29 of that year, the group recorded a full-band session at Miloco Studio. The freewheeling recording of the show was released by DFA as London Sessions in January of 2011. Right around this time, Murphy announced that he was retiring the LCD Soundsystem name. The band played a farewell show at a sold-out Madison Square Garden in New York on April 2, 2011, and released the set the following year as The Long Goodbye: LCD Soundsystem Live at Madison Square Garden.

In the years following, Murphy kept very busy with a variety of projects. He produced Arcade Fire’s Reflektor, remixed a David Bowie track, designed special 11-foot tall speakers for DJs, created his own brand of coffee, opened a wine bar, and did the score for Noah Baumbach’s film When We Were Young. In late 2015, rumors began circulating that LCD was re-forming, but these were quickly shot down by the band’s label, DFA. These denials proved to be a smoke screen and the group issued a new single, “Christmas Will Break Your Heart,” before the year’s end. Soon after, they announced plans to headline Coachella, play a series of live dates, and release a new album in 2016. While the effort did not materialize that year, LCD did deliver a pair of songs in May 2017, “Call the Police” and “American Dream.” They proved to be the first singles from American Dream, the band’s fourth proper album, Featuring Murphy playing most of the instruments, with help from live bandmembers multi-instrumentalist Al Doyle, vocalist Nancy Whang, keyboardist Gavin Russom, bassist Tyler Pope, and drummer Pat Mahoney, the record was released in September of 2017 by new label Columbia.

Daniel is an illustrator/graphic designer based out of Austin Texas. He graduated from Pratt Institute with a Bachelors degree in Illustration and an Associates degree in Graphic Design.Daniel started his career in graphic design in the world of online casinos. Since then he’s worked with various clients from around the United States and Canada including but not limited to NHL, Subway, Paraco Propane, Pitney Bowes, Xerox, Conduent, Nestle Waters, The Spill Magazine, Stamford CT’s DSSD, Beechnut Baby Foods, Elizabeth Arden and much more.
RELATED ARTICLES
american dreamcall the policedaniel adams
8.0

by Ljubinko Zivkovic on July 23, 2021
Dallas Burrow Dallas Burrow Independent For some, the cowboy hat Dallas Burrow is wearing on his second, self-titled album might be the only reason to skip on it. For others, it might [...]
7.0

by Gabrielle Mueller on September 1, 2017
LCD Soundsystem American Dream DFA Records Back from a 2011 emotional breakup,, LCD Soundsytem has now released another record which pokes fun at music, combines 80s beats with [...]

by SPILL NEW MUSIC on May 8, 2017
LCD Soundsystem – “Call The Police”/”American Dream” The wait is almost over, LCD Soundsystem has released 2 tracks ahead of the upcoming [...]