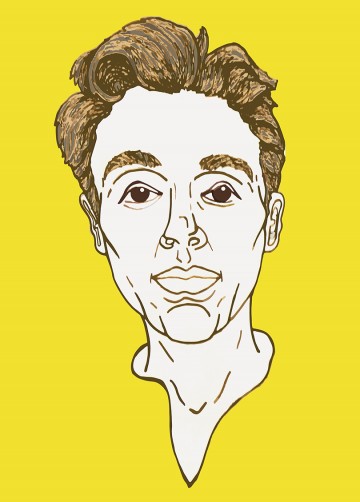 Joel Plaskett returns with one of the most diverse and fan-pleasing albums of his career. Proving that he can be all things to everybody, the rock veteran offers up a wide mix of styles on Joel Plaskett and the Park Avenue Sobriety Test. It touches on his solo acoustic side, his guitar rock work with the Emergency, his happy-go-lucky rhyming talents, carefree memories of growing up in Nova Scotia, and a little bit of anger at the forces making life tougher these days. There are many moments that draw on previous classic Plaskett, from beloved albums such as Three and Ashtray Rock, right back to his Thrush Hermit days. And there are new sides to his sounds as well – Joel like you’ve never heard him.

There are plenty of hints as to where his head is at these days – 39 and holding, looking back at how he got there, and ahead past that milestone birthday. Even the title holds a clue in its anagram: Joel Plaskett and the P.A.S.T. You’ll find references to his salad days, like “On A Dime,” which starts with a blast of downhome Celtic fiddle from Cape Breton great J.P. Cormier. Then there’s Plaskett riffing on memories of playing road hockey in the liquor store parking lot, and later, traveling to Memphis with his band Thrush Hermit to make their first album. It’s not truly autobiographical though. These are more observations that have piled up over the last twenty-plus years of being a touring musician, traveling and meeting folks coast to coast to coast, mixing it in with his own life. If anything, it’s the teenager from Ashtray Rock, all grown up.

The P.A.S.T. also refers to the cast of characters that helped make the album. With its wide-ranging sound it’s not a pure Joel Plaskett Emergency effort, although the band appears on more than half the tracks. It’s more like the Emergency-Plus, as lots of familiar faces from previous Plaskett discs are aboard. Longtime Emergency cohorts Dave Marsh – drums and Chris Pennell – bass anchor the rhythm section. Previous group members Tim Brennan and Peter Elkas play on several songs. From Plaskett’s former band Thrush Hermit is old pal Ian McGettigan. Then there are guests, friends and neighbours, such as Cormier, Halifax singer-songwriter Mo Kenney, singer Erin Costelo, and pedal steel player Dale Murray (Christina Martin, Cuff the Duke).

In an era when most albums have the best tracks at the start and then a bunch of also-rans to fill up the quota, Plaskett stubbornly remains a throwback. The consummate music fan, even the album cover is a dead give-away, where he reclines on top of his massive collection of vinyl, no doubt filled with personal treasures and rare gems. Each cut stands alone as a winner, but together, they flow and create a full story. They are as catchy and melodic as his best work, but on Joel Plaskett and the Park Avenue Sobriety Test he’s gone one step further. The sequence is carefully planned, there are little linking bits, connections from one song to the next, one ending planned to segue into the next beginning. There’s a story arc about getting through life’s struggles and blue periods, and dramatic pacing, like a movie script. It starts with the rock, gets a little quieter, more serious and acoustic, then breaks the tension with some classy goofy lyrics (“Song for Jersey”) before wrapping up with the electric big band.

In other words, this is a start-to-finish, must-listen album. You can pick out favourite lines (“When you’re one of a kind, you can’t get on the Ark”), new anthems (the title cut) and take a moment to reflect (“For Your Consideration”). You can marvel at new sides to Plaskett’s work, from the finger-pointing anger of “Captains of Industry,” where he takes on the one percent, ruining lives through trickle-down greed, to the cover of Stephen Foster’s “Hard Times,” a 160-year old protest song that shows times really haven’t changed much at all. It’s a rare album where an artist can lean so much on his P.A.S.T., yet still show a great deal of growth. But after twenty years of music-making mischief, Joel Plaskett never, ever lets you down, and seems to always find ways to get better.

Daniel is an illustrator/graphic designer based out of Austin Texas. He graduated from Pratt Institute with a Bachelors degree in Illustration and an Associates degree in Graphic Design. Daniel started his career in graphic design in the world of online casinos. Since then he’s worked with various clients from around the United States and Canada including but not limited to NHL, Subway, Paraco Propane, Pitney Bowes, Xerox, Conduent, Nestle Waters, The Spill Magazine, Stamford CT’s DSSD, Beechnut Baby Foods, Elizabeth Arden and much more.
RELATED ARTICLES
daniel adamsjoel plaskettportraits