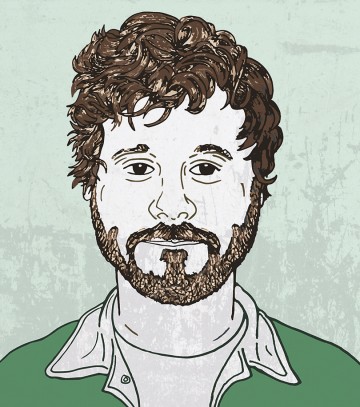 Dan Mangan is a two-time JUNO award winning & two-time Polaris Music Prize listed musician and songwriter. He lives in Vancouver, British Columbia with his wife and son. He is about to release his fourth full-length album and, with the help of Jesse Zubot, scored Hector And The Search For Happiness, a feature film starring Simon Pegg. Dan has also infrequently been a contributing writer for some publications such as Huffington Post Canada and The Guardian (Arts section).

Through many twists, turns and a good deal of fortune, Mangan’s primary project has come to be known as DAN MANGAN + BLACKSMITH.

HERE ARE SOME BRIEF NOTES ABOUT DAN MANGAN + BLACKSMITH //

HERE IS A NOT SO BRIEF STATE OF AFFAIRS // 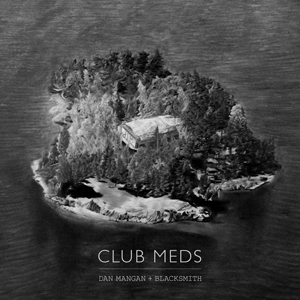 Call it entering one’s thirties or taking a few years away from the road to sit and reflect. Or, perhaps, more than ever before, call it having something to say.

Club Meds is the fourth LP offering from Dan Mangan, and the first under the moniker “Dan Mangan + Blacksmith”. The new namesake is timely, as this album is indicative of a new beginning, of sorts.

“Blacksmith” is Kenton Loewen, Gordon Grdina, John Walsh (and often Jesse Zubot, JP carter and Tyson Naylor). Many of these musicians have played with Mangan for years, but there’s a reaffirmed cohesiveness or communal sensibility that merits the marquee amendment.

At times, Club Meds evokes images of subtler American-underground innovators like Blonde Redhead or Steve Reich. At other moments, it hits emotional pay-dirt reminiscent of British scene-survivors like Peter Gabriel or Radiohead.

Blacksmith brings an unmistakable character to Club Meds; a stark glassy edge that swells and sways like a roaring ocean. Through a haze of analog feedback loops and synths, the band’s performances breathe deeply and steadily like a dragon at rest.

The album itself feels like a clearing of the air. It seems fitting, as after seven relentless years of near-non-stop touring, the entire ensemble, and especially Mangan, needed a break. So they took one.

There was risk the short hiatus could have crippled the band’s mojo. Mangan’s third album, 2011′s Oh Fortune, received international acclaim, two JUNO Awards and a Polaris Music Prize listing. By many standards, it was just the time to accelerate rather than slow down.

“It was like I was obsessed with keeping the plates spinning,” Mangan says from his home in Vancouver, “The distraction was nice, but I had some work to do that didn’t involve performing. I had to think about what it takes to live out a long body of work, and why I wanted that in the first place.”

There were other projects to be undertaken. Most notably, Dan becoming a dad and scoring a feature film with bandmate Jesse Zubot (“Hector And The Search For Happiness” starring Simon Pegg).

The ensemble laboured intensely over the bed tracks with producer Colin Stewart (Black Mountain, Ladyhawk, Yukon Blonde). Heated moments, heavy discussions and long, sweaty sessions delivered what is no doubt the most mature song-crafting to come from Mangan and his collaborators to date.

Mangan and Stewart then worked on and off for four months, meticulously adding and subtracting hundreds of layers of noise and subtext. The result is a fastidiously organized piece of broken, imperfect art.

The lyrics… It’s as if Dan’s newfound fatherhood encouraged him to sharpen his knives – like adding a child into the equation raised the stakes for an already overly-opinionated writer.

In the aptly titled Mouthpiece, which rolls along like a decade-in-the-making call-to-arms rant, Mangan stammers out, “Those who pretend to believe hardest might actually begin to / The nature of the bliss the warmth of ignorance gives in to”. This could serve as a thesis statement, but it could also pass you by in the onslaught of similarly weighted lines.

And Club Meds is full of ‘em. In Vessel, likely the album’s backbeat-iest track, we’re repeatedly reminded “It takes a village to raise a fool”. In XVI, an ode to Louis and Marie Antoinette as they gaze down upon Occupy Wall St campers, we get a banker’s perspective on the crisis: “See, if you hate the Man, the Man hates you too”.

As for the title, Mangan includes the following missive in the album’s liner notes:

Sedation is massive. It surrounds us like a thick wet blanket. To be numb is to allow others to control your reality. It makes some people feel better, to know that you suffer also, that their numbness is shared like a virus. But unity in numbness is a façade, and not nearly as magical as a unity born of awakeness.

CLUB MEDS is about sedation. Sedation can be chemical, but not exclusively so. There is a great vacation from actuality going on. Maybe there always has been. It seems like everybody else is already at the party and that life is somehow easier or more fun under the fog. But instead, it only makes people feel more alone, more dangerous, more desperate.

Daniel is an illustrator/graphic designer based out of Austin Texas. He graduated from Pratt Institute with a Bachelors degree in Illustration and an Associates degree in Graphic Design. Daniel started his career in graphic design in the world of online casinos. Since then he’s worked with various clients from around the United States and Canada including but not limited to NHL, Subway, Paraco Propane, Pitney Bowes, Xerox, Conduent, Nestle Waters, The Spill Magazine, Stamford CT’s DSSD, Beechnut Baby Foods, Elizabeth Arden and much more.
RELATED ARTICLES
blacksmithdan mangandan mangan & blacksmith