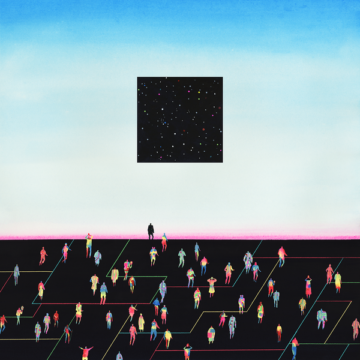 Young the Giant have had a compelling career. Their momentum has been stellar, using their philosophical alt-rock music as a platform for an evolving sound from their more stripped down self-titled record to the borderline-experimental Home of the Strange.

Approaching their fourth album with a bit of a softer hand, Young the Giant receives mixed results. Instead of propelling forward into their creative sound, it seems the California five-piece has traded in some of their more dynamic influences for a mainstream sound.

While opener “Superstition” makes a fairly great case for Young the Giant’s development, the lead single “Simplify” and follower “Call Me Back” feel awfully radio-directed, the latter of which drones its title on the chorus in the vein of some other band that did it better. Both tracks feel alarmingly safe for a band known to challenge convention. When “Oblivion” comes on, its grungy guitar opener strumming towards lead singer Sameer Gadhia’s taunting lyrics “Sell your soul to make it/ That’s the modern way!”, it feels like the band is back on track. The quiet xylophone leads us to the track’s climax of a ghostly vocal and hammering drums and, for the first time, bagpipes, which stands out as a nice instrumental moment.

Unfortunately, “Oblivion”s strike doesn’t last. The following tracks, while occasionally flirtatious with a brilliant twist of music, are considerably less memorable. The soft “Darkest Shade of Blue” offers a helping hand to an anxious friend, but the unsubtle reverb on Gadhia’s voice seems less than sincere. Redeeming qualities can be found in “Brother’s Keeper”, “Tightrope” & “Glory”, a trio of upbeat songs that resemble a typical Young the Giant arrangement. None of the aforementioned songs warrant immediate replay, however. These songs are a testament to the safe-play of the record, where Young the Giant seems to be content replicating their older material with less passion and, for whatever reason, less presence from their greatest asset – Gadhia’s incredibly emotional vocals.

It really isn’t until “Mirror, Master” comes on at the end that any of this feels worthwhile. A song that undoubtedly does a better job of conveying who this band is than the 11 tracks that precede it, “Mirror Master” makes a positive case for the record it is titled after. The driving guitar allows Gadhia’s voice to finally break free from all the layers that have been smothering it until now. It is his signature cheekiness with lyrics like “but tonight, you will play the tambourine!” followed by a tambourine driving the pre-chorus that is truly a feature unique to this band. Ironically, the self-reflective song works as a double-edged sword, begging the question “where was this passion on the rest of the album?”

Young the Giant have proven time and time again that they know who they are and that they are unafraid to draw outside the lines. Unfortunately, Mirror Master merely settles to be a safe alternative-rock record and, thus, a sub-par Young the Giant record.

Robert Defina is an avid critic both on paper and in person. He spends more time writing album reviews than he does worrying about his future. He hopes that this sort of procrastination never grows old.
RELATED ARTICLES
album reviewalbum reviewselektra records
7.0