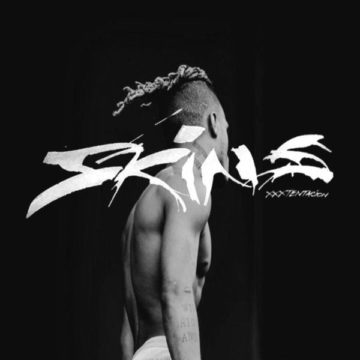 Florida rapper XXXTentacion’s posthumous album Skins has arrived. With 10 songs and a guest appearance by Kanye West, this is a strong album that demonstrates his diverse sound.

XXXTentacion uses styles and techniques that are unconventional in hip hop to this album, blending it with hardcore, indie, and emo. These styles were seen in previous albums 17 and ?, and here he takes them in a new direction.

In songs such as “STARING AT THE SKY”, and “One Minute”, he heavily mixes his screaming vocals with guitar and drum instrumentals to create something that is not often seen in hip-hop. This demonstrates nothing but raw energy and makes the song genuine, while other songs such as “what are you afraid of”, “whoa (mind in awe)”, and “difference interlude”, have a mellower rock sound. These were eye opening since they have a lo-fi aesthetic. They were engineered and produced accordingly, and have that “intentional lack of polish” that XXXTentacion is known for. Listening to this album, one can hear how versatile XXXTentacion is.

Although some songs on the album feel short and unfinished, overall XXXTentacion’s Skins is amazing album.

I'm a just lover of hip-hop and photography who grew up in Ajax Ontario. Through this platform I hope to share my opinion on the world of rap and bring a new perspective to new upcoming acts, artist, and the music scene. In addition to being a lover of hip-hop, I love to capture photos of these artist in the mean while.
RELATED ARTICLES
album reviewalbum reviewsempire
8.0